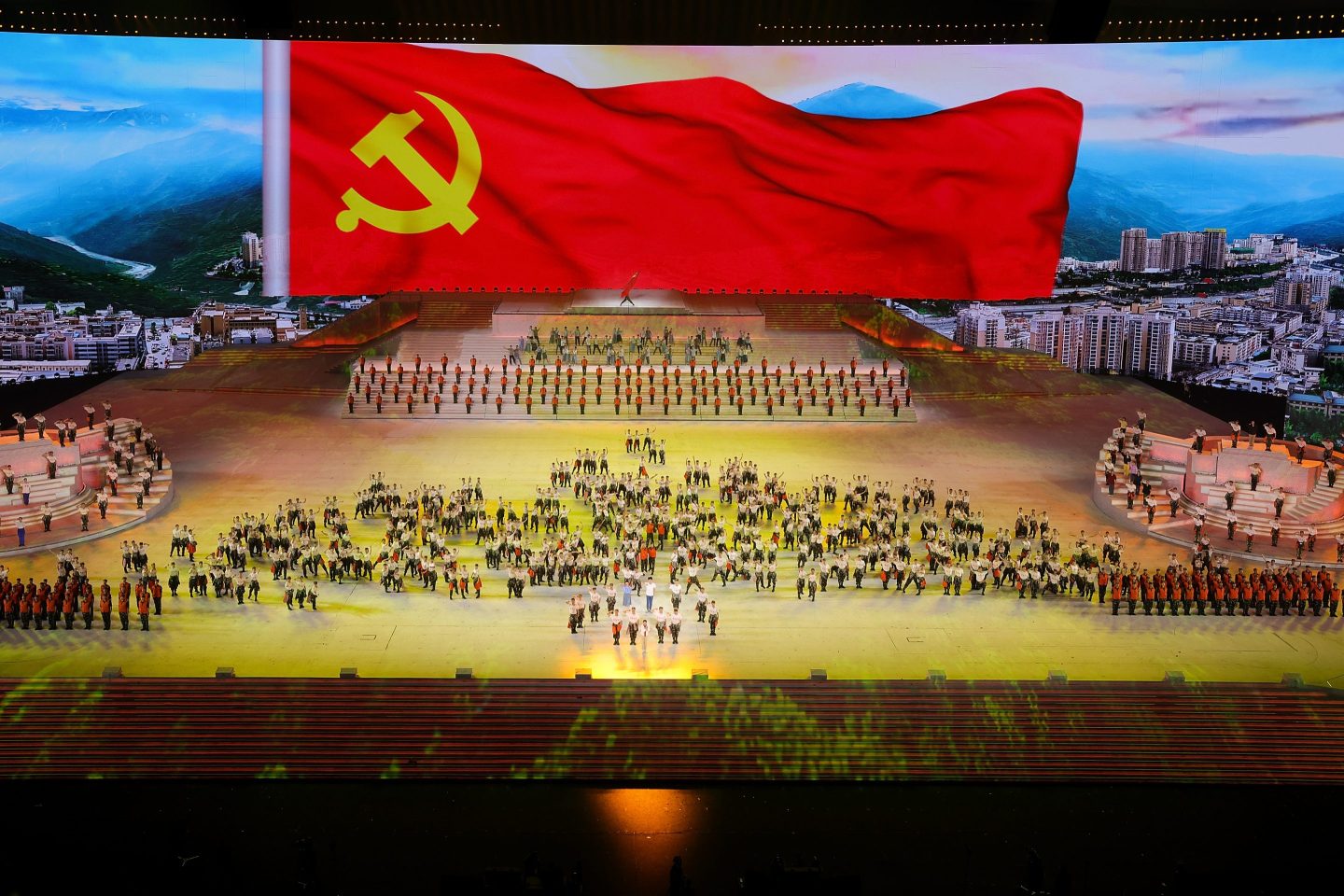 The Chinese Communist Party celebrates its 100th anniversary on July 1, and Xi Jinping appears likely to remain in power for many years to come. On this landmark occasion, what are the key questions the world should ask about China’s future?

Xi has pegged much of his economic development strategy on transforming China into a world-class innovative nation. This first became evident in the “Made in China 2025” program when it was rolled out in 2015, and more recently with Xi’s dictate to become “self-reliant” (自力更生) in a variety of different sectors.

The question is pressing because the dozen or so national economies which have successfully emerged out of the “middle income trap”—such as Chile, Greece, South Korea, Taiwan—did so largely by moving up the production chain from being low-end copycat economies to higher-value-added innovative ones.

The question is actually not whether China will innovate—it already is innovating in a variety of technologies and fields (e.g., robotics and artificial intelligence, information technologies, high-speed rail, space exploration, electric vehicles, biomedicine, medical devices) and it will continue to do so. However, several related questions arise.

Instead we need to ask: How pervasive will Chinese innovation be, and where will it come from? Innovation will come from several sources, including the state, private firms, universities and talented individuals—though there will be an emphasis on government-funded R&D and company-based advances.

Another key question is whether China’s innovation can occur in a semi-sequestered environment (Xi’s “self-reliant” decoupling), relatively cut off from other innovators abroad—or whether it requires close connections with international R&D networks. Also, to what extent can Chinese universities contribute, given the extreme political controls on teaching, learning, and research?

Perhaps most significant of all: Can China become a fully innovative nation without substantially liberalizing its deeply autocratic political system? To date, there has not been a single instance of a non-democratic country becoming a multi-sector innovative nation (the Soviet Union, in contrast, only experienced innovation in the military-industrial complex). The dozen nations that have escaped the middle-income trap since 1960 were all democracies, either before or during their economic transition.

How long can the Party survive?

Part and parcel of any consideration of China’s future direction concerns the longevity of the ruling Chinese Communist Party (CCP).

The CCP appears to be quite strong and durable as it turns 100. This is no accident. Many of its maladies that Xi inherited when he took control in 2012 have been effectively dealt with. Actions taken include: a thorough clean-up of official corruption; deft handling of several high-level Politburo and Central Military Commission purges; reviving inert and dysfunctional basic-level party committees; renewed attention to ideology; more rigid discipline throughout the ranks and promulgation of new regulations for all party organs; induction of seven million new party members; and a new assertion of control by the party over the affairs of government, the military, the economy, and educational institutions.

There is no doubt that Xi has had an outsized impact on the Chinese Communist Party. When he took over nearly a decade ago, the party suffered from many elements of institutional sclerosis and atrophy, not dissimilar from the corrosion of the Soviet regime that CCP analysts had assiduously studied. How long and whether Xi’s party reforms will endure remain open questions, but for the time being they have had a real collective impact.

Politics are a dynamic process in any country, and thus what seems to be a stable situation in China today may actually mask underlying tensions. Many people in China today—both in and outside the party—are not content with the renewed rigidity and repression of Xi’s rule or the scrapping of term limits on his own positions. A state that runs on rigid discipline must constantly enforce it—lest normal social and institutional desires for greater autonomy and freedoms emerge to challenge the dictatorial regime. It is like a game of “whack-a-mole”: a never-ending but ultimately futile attempt to maintain total control.

The alternative is to give up some control and return to a more tolerant political system characteristic of all of Xi’s predecessors dating back to Deng Xiaoping. Yet Xi and his regime show no desire whatsoever to do so. Their vision of China’s future is one dominated by an all-powerful party-state controlling all domains of domestic activity. Only time will tell whether this is a compatible model for ruling 1.4 billion people in an era of globalization and interdependence.

Will China be an insecure and aggrieved power, or a confident and responsible one?

Related to the question about the CCP’s longevity is one about what kind of power China will be now that it has “risen.”

We should expect Beijing to display greater assertiveness on the world stage given its newfound power, as it has demonstrated in recent years. The real question is whether it will continue to nurture and perpetuate the insecure and aggrieved national identity that derives from what the CCP ritualistically refers to as its “century of shame and humiliation”—or, conversely, whether the Chinese government will speak and act with much greater confidence and without the sharp-edged defensiveness so evident in its “wolf warrior” public diplomacy today.

Chinese nationalism lies at the heart of this question. Can the party-state tame the nationalism that it has done so much to foster—or will the uber-nationalism permeating Chinese society today become even more inflamed and circumscribe pragmatic policies that better serve China’s national interests? Unfortunately, hyper-nationalism can acquire a life and momentum of its own. When mixed together with a dictatorial and ideological regime, an element of racism and revanchism, and a powerful military, history has shown it to be a toxic cocktail.

The “shame and humiliation” narrative is hard-baked into the CCP’s own self-defined institutional identity—“no Chinese Communist Party, no New China” (没有中国共产党, 没有新中国) goes the official mantra. This narrative is currently pervasive around the party’s centenary celebration, but it runs much deeper throughout Chinese society. “Wolf warrior diplomacy” is only the tip of the iceberg. It is a national identity of aggrievement and retribution. This kind of negative nationalism is not conducive to China acting as a positive, confident, and stabilizing power in today’s world.

These three big questions—innovation, the party, and nationalism—are among the most important to consider when contemplating China’s future trajectory. Nor are they disassociated from each other. A strong and unified party-state, infused with aggrieved nationalism, and emboldened by technological innovation (including military) is the track China is now on under Xi—and it should be considerable cause of global concern.

David Shambaugh is the Gaston Sigur Professor of Asian Studies, Political Science and International Affairs and Director of the China Policy Program at George Washington University. His newest book is China’s Leaders: From Mao to Now, released by Polity Press on July 1.