Female startup CEOs took a 30% pay cut in the pandemic. Male CEOs got a raise 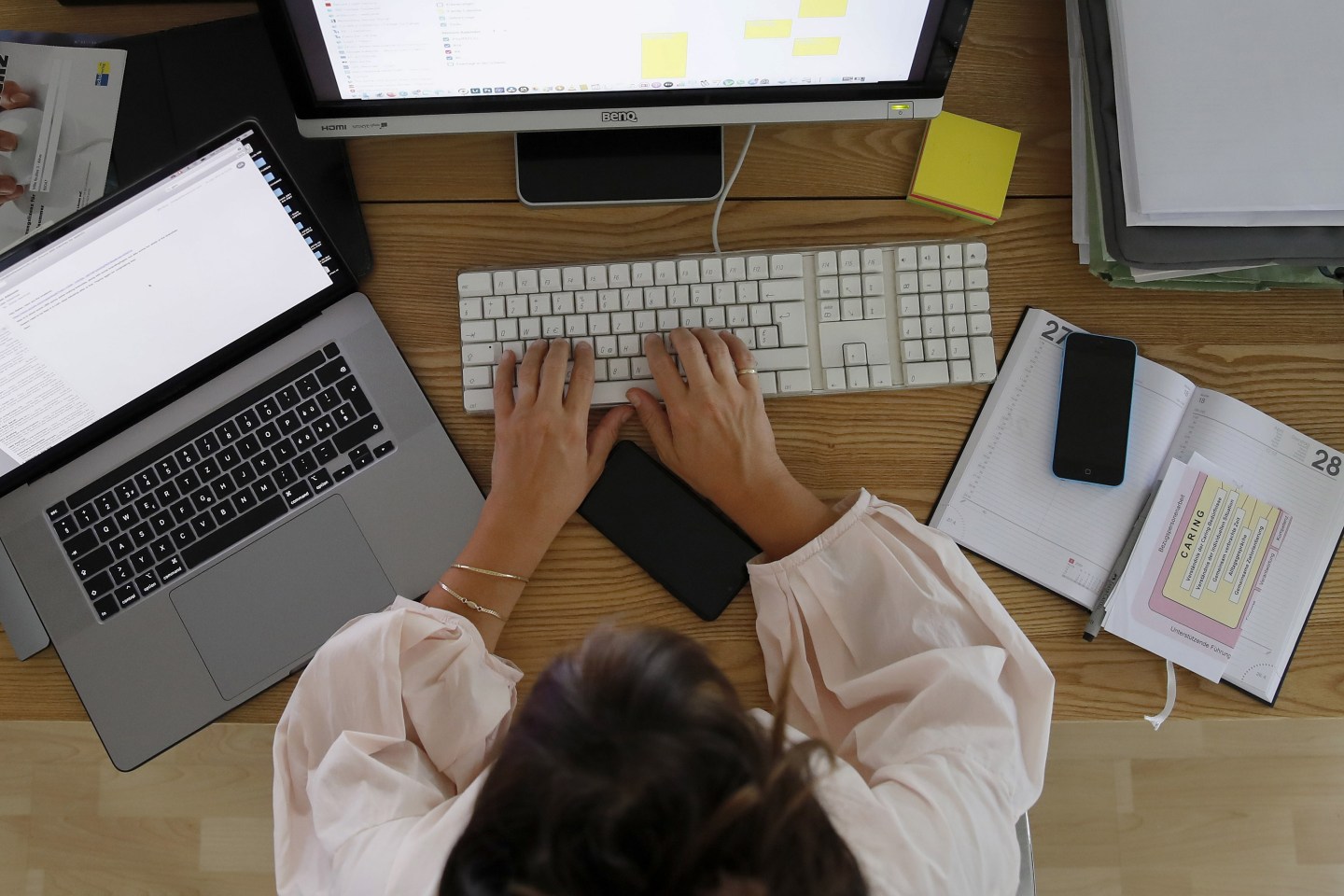 A woman works at a desktop computer in a home office on Aug. 22, 2020. New data shows that female startup founders took a substantial pay cut during the pandemic that they're yet to make up.
Stefan Wermuth—Bloomberg/Getty Images

– A glaring pay gap. We know the pandemic made the gender pay gap worse. Among startup CEOs, the COVID-era gulf was especially glaring.

New analysis of 250 seed- and venture-funded startups by accounting firm Kruze Consulting found that female CEOs took a 30% pay cut during the peak of the pandemic in the U.S., while their male counterparts received a 2% pay bump.

Women still haven’t recovered those reductions in pay. This year, they’re earning $132,000 on average, up from last year but still $6,000 less than what they took home in 2019. The salaries of male startup CEOs, meanwhile, have continued to climb.

The gender gap “was a shock,” Healy Jones, Kruze’s vice president of financial planning and analysis, told Protocol. “We knew that there was this trend of a lot of CEOs trying to cut their own pay to help the company, but we didn’t realize that it had fallen disproportionately on women.”

It’s likely some male CEOs took pay cuts to blunt the pandemic’s blow to their businesses, but those reductions were offset by the pay increases other male CEOs received.

Pay increases for startup CEOs usually coincide with funding rounds. And keep in mind that VC funding overall boomed 13% in 2020 compared to 2019, but the share that went to women-founded startups (which are more likely to have female CEOs) actually shank. They received 2.2% of the total, versus 2.6% the prior year. The pandemic-era pay cuts for female startup CEOs may be another place where that disparity is showing up.

- The great divide. Last year, all six employees who worked for the Instagram-famous cookware brand Great Jones quit. The reason? There was a falling-out between cofounders Maddy Moelis and Sierra Tishgart that made working for the startup untenable, the employees say. Read more about the fallout here: Business Insider

- Sweeping report. UN high commissioner for human rights Michelle Bachelet published a sweeping report on global anti-Black racism, calling for countries to end discrimination and violence against people of African descent worldwide, including through reparations. The UN commissioned the report after the murder of George Floyd a year ago. AP

- Solo support. How can companies support single parents? The first step is to acknowledge that single parents exist and are part of the workforce, the authors of this piece argue. After that comes providing support structures like childcare. Harvard Business Review

- Court decision. The Supreme Court yesterday left in place a lower court decision allowing a transgender student, Gavin Grimm, to use the bathroom that corresponds with his gender identity. The court's decision not to hear the case was a victory for advocates for LGBTQ rights, many of whom worried the conservative majority could overturn this decision. CNN

- Loss for Le Pen. In French regional elections this weekend, the far-right Rassemblement National failed to win in its usual stronghold of the Provence-Alpes-Côte-d’Azur region. That was a setback for leading far-right politician Marine Le Pen and her party. Guardian

- Olympic loungewear. Kim Kardashian's Skims brand will be an official partner of Team USA at the Tokyo Olympics, providing undergarments, pajamas, and loungewear for the American athletes. The Olympic apparel will also be available for purchase via Skims. Insider

- Run for it. Mary Cain, the former teen running phenom who shared her experience of alleged emotional and physical abuse at Nike, has a new organization: Atalanta New York, a professional women’s running team. Runners will train and work for the nonprofit, earning salaries to do both. Runner's World

"Our earlier films have been about struggle, about fights, about taking on a bad guy, and transcendence. We immediately were like, this is in our wheelhouse."

-Andrea Nix Fine and Sean Fine, the documentarians behind LFG, the new film about the U.S. Women's National Team's battle for equal pay in soccer