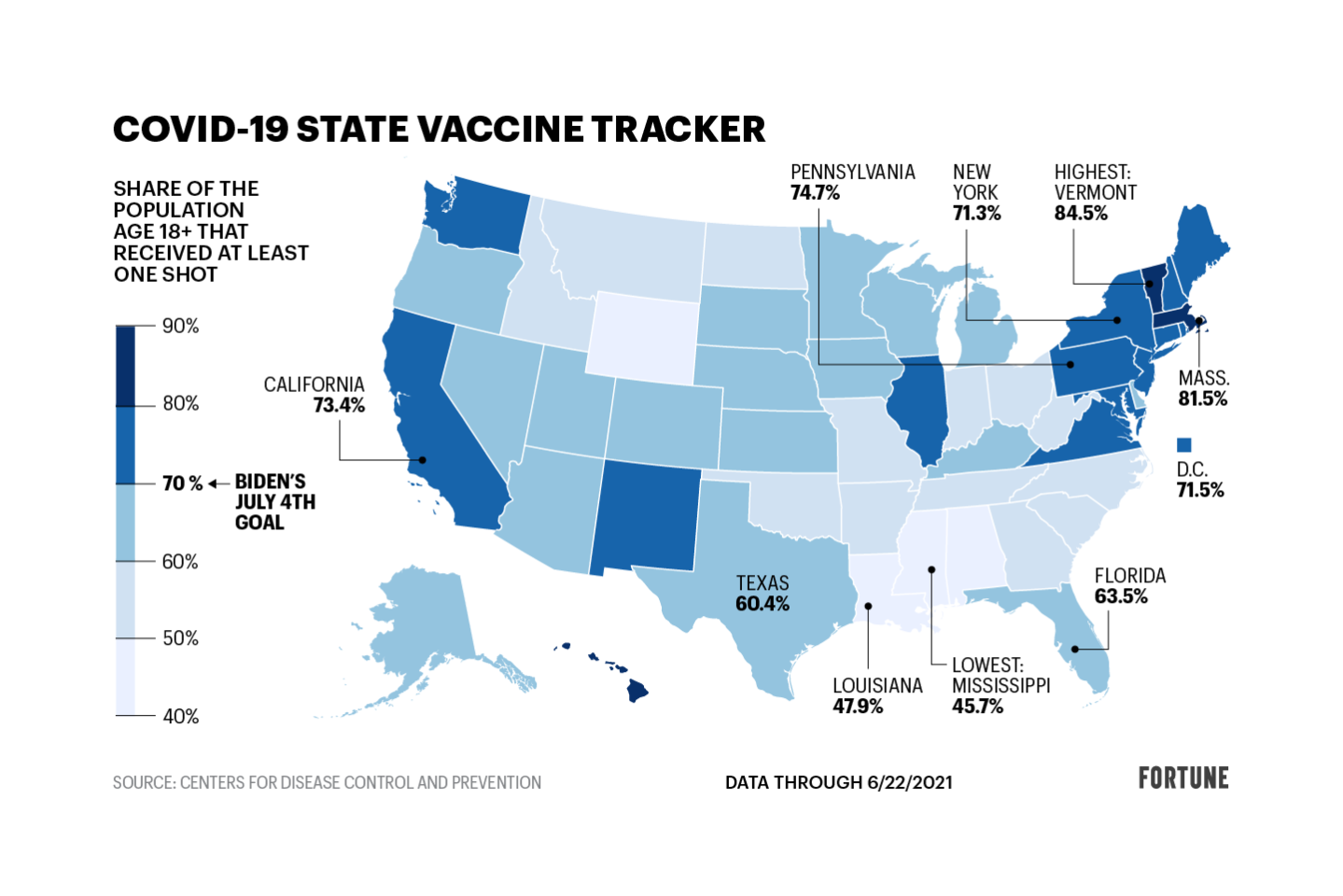 President Joe Biden may have already conceded that the U.S. will fall short of reaching his July 4 goal to have vaccinated at least 70% of the adult population against COVID, but the stakes for advancing the nation’s vaccine drive remain high as the Delta variant—the highly transmissible and concerning strain of the virus that first emerged in India—swiftly makes inroads across the country.

In an analysis of genomic surveillance data released by the Centers for Disease Control last night, the Delta variant now accounts for 20.6% of America’s COVID cases, up from 9.5% in the previous two week period. The “variant of concern,” as the CDC declared it last week, is the cause of nearly half the new COVID cases in the Midwest and Upper Plains regions, according to CDC data.

While the rate of new cases continues to trend downwards nationally and studies have so far shown vaccines to be effective against the variant, Anthony Fauci, Director of the National Institute of Allergy and Infectious Diseases yesterday warned that the strain poses “the greatest threat” to the efforts to eliminate COVID in the county. (Even as America braces for more Delta variant cases, India announced yesterday its latest “variant of concern”: Delta Plus.)

Most vulnerable, of course, to the Delta variant, as well as the other circulating strains of the SARS-CoV-2 are the unvaccinated, a number that remains stubbornly high despite the nation’s abundant supply of vaccines and a concerted, multi-faceted campaign in recent weeks to boost uptake.

Through June 22, 177.9 million people, or 53.6% of the U.S. population had received a COVID vaccine, according to the CDC. Those best protected against highly transmissible variants are fully vaccinated individuals, a group of 150.8 billion people, or 45.4% of the population. In terms of the President’s July 4 goal, the nation is inching closer—65.6% of all adults have currently received at least one COVID shot—but not at a fast enough rate to be successful.

Share of the U.S. population 18+ that has received at least once shot