5 new books to read in June 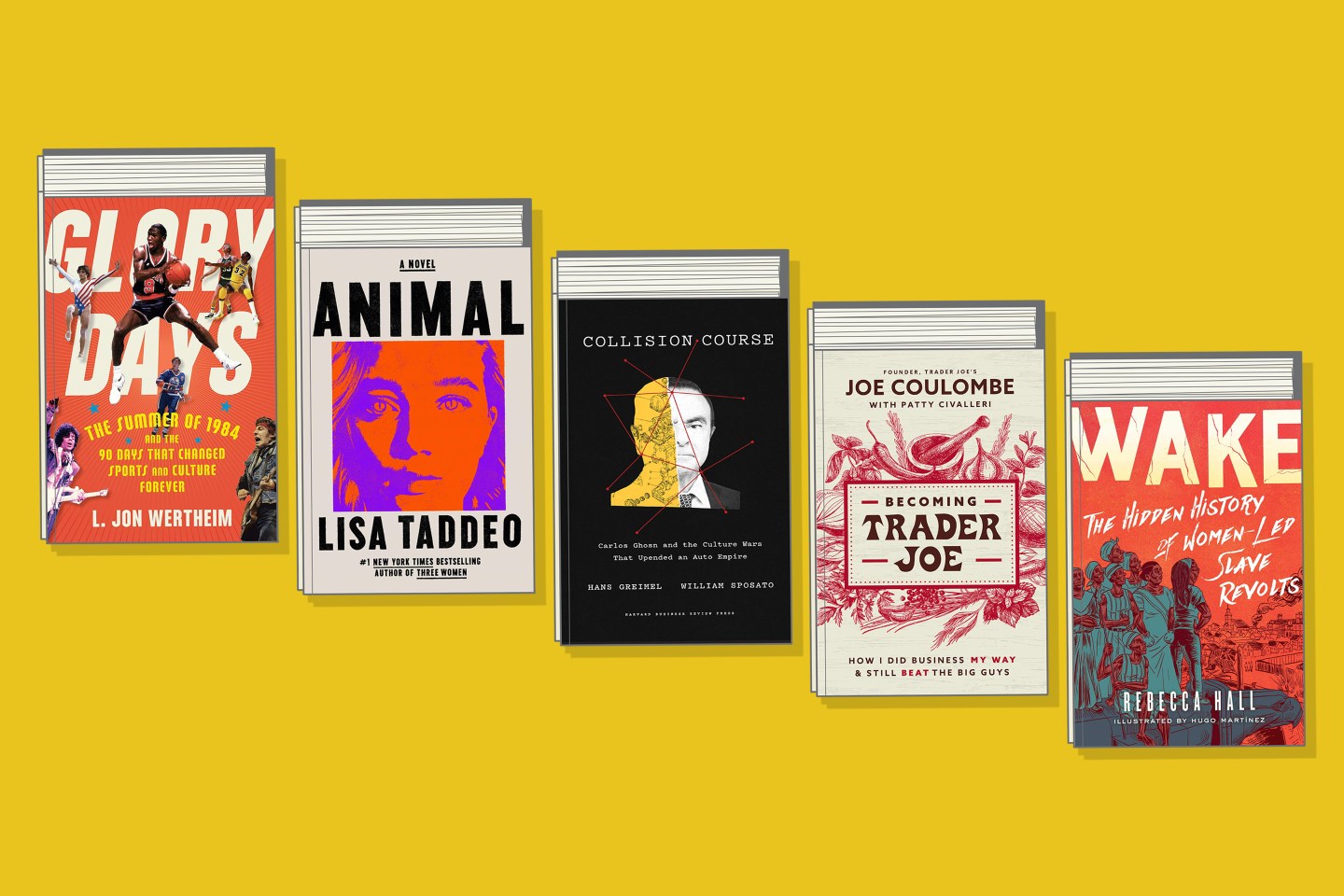 A graphic novel about the role women played in slave revolts; a guide to building a shopping experience and healthy work environment from the founder of Trader Joe’s; and a new book promising a detailed account of the rise and fall of Carlos Ghosn.

Here is a selection of new books being published this month.

This is not your traditional history book. Part historical reimagining, part graphic novel, and part memoir for the author, Wake is just as much about the research process as about the unearthing of facts and stories about the little-known women-led slave revolts. Included in Rebecca Hall’s trove of primary sources: old court records, slave ship captain’s logs, and forensic evidence from the bones of enslaved women from a burying ground uncovered in Manhattan. Hall strives to reconstruct several of the women’s histories, not only to share their stories, but how those events centuries ago have ripple effects still felt today.

Animal: A Novel by Lisa Taddeo

Two years after the release of the buzzy bestseller Three Women, author Lisa Taddeo returns this summer, this time with a novel that is said to have been born from the pain Taddeo witnessed while reporting her lauded nonfiction work over the course of several years. In Animal, protagonist Joan is no stranger to cruel acts committed by men against women. But a pivotal event sends her on a trajectory from prey to predator in this examination of the power and shame of female rage.

Glory Days: The Summer of 1984 and the 90 Days That Changed Sports and Culture Forever by L. Jon Wertheim

Eager for the return of the Summer Olympics this July? Get your fix a month early. In Glory Days, Sports Illustrated executive editor L. Jon Wertheim frames the summer of 1984 as one of the most pivotal in American sports history—one that included not only the Olympic Games in Los Angeles, but also monumental moments in the careers of Michael Jordan, Martina Navratilova, and John McEnroe—among others—as well as the emergence of ESPN.

Collision Course: Carlos Ghosn and the Culture Wars That Upended an Auto Empire by Hans Greimel and William Sposato

The downfall of ex-Nissan chief (and now wanted fugitive) Carlos Ghosn is so bizarre that even a Hollywood screenwriter wouldn’t have been able to think of it. From saving the automaker from bankruptcy in the early 2000s to his arrest in (and then escape from) Japan, Ghosn’s history is complicated, to say the least. Based on years of reporting (including interviews with Ghosn during his tenure at Nissan), Tokyo-based journalists Hans Greimel (Automotive News) and William Sposato (formerly of the Wall Street Journal and Reuters) take a closer look at Ghosn’s history and the charges against him.

Becoming Trader Joe: How I Did Business My Way and Still Beat the Big Guys by Joe Coulombe and Patty Civalleri

There are few retail brands that have the kind of cult following of grocery store chain Trader Joe’s. Part of that interest stems from its unique (if not mysterious) sourcing of grocery products unseen elsewhere. In Becoming Trader Joe, founder Joe Coulombe shares his advice on building your own one-of-a-kind brand—one beloved by customers and employees alike.