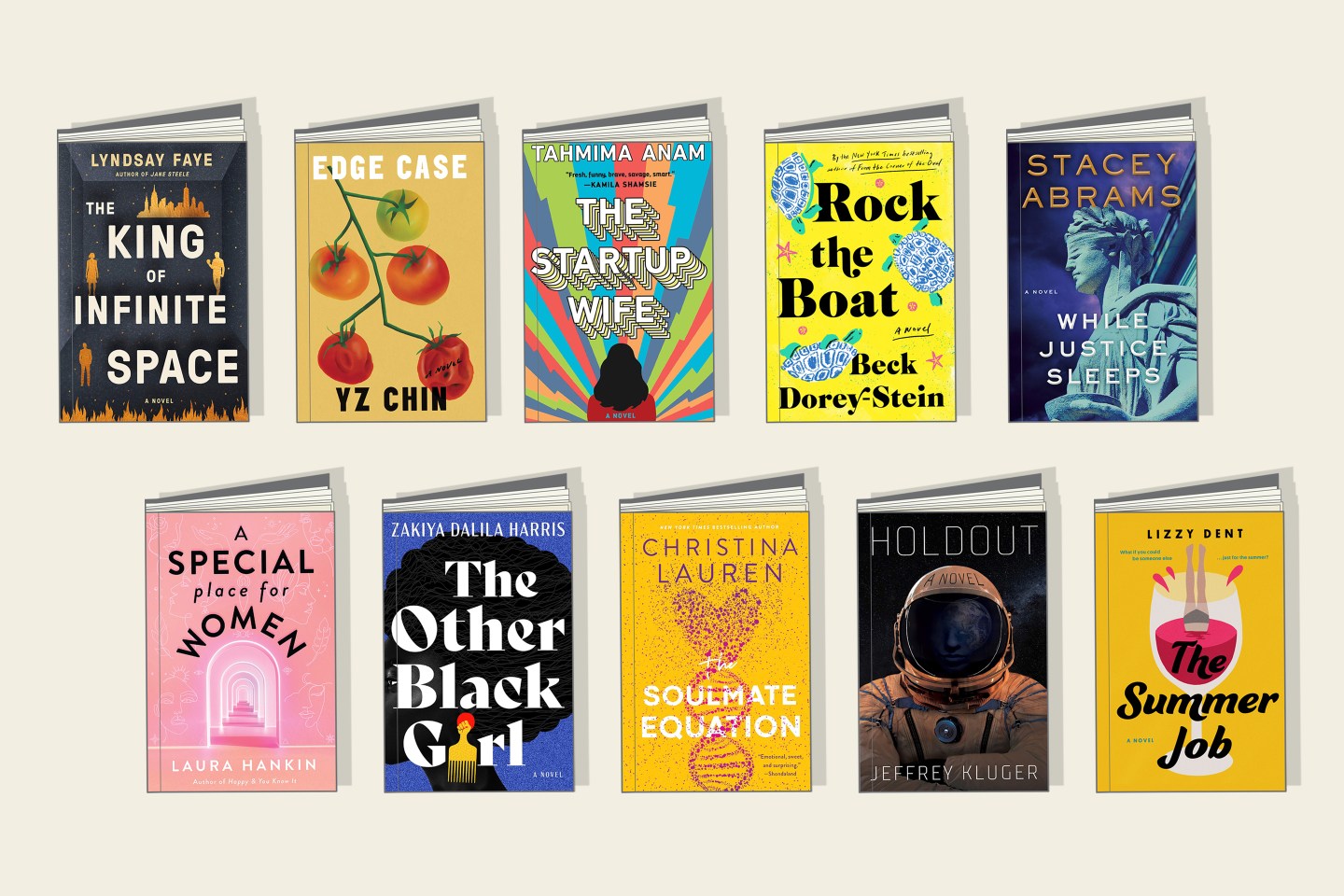 For many readers, summer is when they can carve out the time for a good book. That could be a compulsive nonfiction book, but mystery and thriller fiction is still the most popular category in publishing—and on literary social community Goodreads.

“Reading tastes have been all over the map this past year as people reacted differently to the extra time for reading,” Suzanne Skyvara, vice president of editorial and marketing at Goodreads, tells Fortune. “Some people decided to tackle weighty classics; others needed some escapism and turned to fantasy, romance, and thrillers. Unexpectedly, we saw a big uptick in interest in horror books last summer. Go figure! To each their own, which is the beauty of books—there’s something for everyone.”

While there isn’t specific data available, Skyvara says Goodreads is seeing publishers increasingly release and promote more books by BIPOC and LGBTQ+ authors. As shown by the number of books by BIPOC and LGBTQ+ authors trending on Goodreads, readers are gravitating toward the expanded diversity of stories, characters, and perspectives. “Last summer’s dramatic rise in people reading books about antiracism due to the murder of George Floyd and the increase in Black Lives Matters protests has led to continued interest in learning more about Black lives and history.”

Additionally, out of the current top 50 most popular books on Goodreads published in 2021, 38 are by women. (The list is based on number of ratings, shelvings, and average rating.)

“Clearly I’m biased, but I think a lot of people were able to rediscover the joy of reading this past year and won’t be able to resist the latest batch of amazing books coming out,” Skyvara says. “In fact, I predict that all the pent-up demand for traveling this summer is also going to result in extra demand for books to come along in backpacks and on Kindles.”

Here is a selection of new page-turners coming out this summer, ideal for airport terminals, the beach, and anywhere in between.

While Justice Sleeps by Stacey Abrams

Perhaps the first question should be, “When does Stacey Abrams sleep?” because the voting rights activist, lawyer, and politician seemingly does it all. One of her lesser-known jobs is writing fiction. Her latest book is a legal thriller set within the halls of the U.S. Supreme Court, involving a law clerk for one of the court’s swing votes—who mysteriously slips into a coma ahead of a critical case.

‘A Special Place for Women’
Courtesy of Berkley Books

A Special Place for Women by Laura Hankin

A Special Place for Women takes the concept of The Wing to a whole new level. In this novel, a pre-pandemic, women-focused coworking space (occupied by mostly white women) is actually a hub for a women-only secret society embedded deep in the financial and political webs of New York City.

The Soulmate Equation by Christina Lauren

After countless bestsellers, virtually every new release from the duo Christina Lauren generates plenty of (justified) buzz months in advance. (Christina Lauren is the combined pen name of long-time writing partners Christina Hobbs and Lauren Billings.) One of the most anticipated releases of the summer, The Soulmate Equation is a rom-com inspired by the proliferation of at-home DNA tests and what the advancement of this technology could mean for our lives beyond just finding out more about our genetic backgrounds. For instance, imagine what could happen by cutting out the dating apps and going straight for…a DNA matchmaking test.

The Summer Job by Lizzy Dent

Summer reading can be a great chance to travel vicariously no matter where you are—either sitting at home, traveling locally, or traveling abroad. The Summer Job employs some familiar but trusted rom-com tropes, including a heroine at a crossroads in life who decides to pick up everything and find a job at a remote but picturesque hotel in the Scottish Highlands.

‘The Other Black Girl’
Courtesy of Atria Books

The Other Black Girl by Zakiya Dalila Harris

Author Zakiya Dalila Harris takes a hard look at racism and racial disparities in the book publishing industry. Described as a cross between The Devil Wears Prada and Get Out, this debut novel features a protagonist who is understandably frustrated being her company’s only Black employee—simultaneously overlooked as well as subject to incessant microaggressions. The plot eventually takes a darker turn into thriller territory. This read is ideal for anyone who has ever felt manipulated, threatened, or dismissed in the workplace.

Rock the Boat by Beck Dorey-Stein

Following up on the success to her Obama White House memoir From the Corner of the Oval, Beck Dorey-Stein is turning to fiction with her debut novel, filled with similar coming-of-age themes and circumstances. Protagonist Kate Campbell returns to her New England hometown for the summer, finding she needs to revaluate a few things in her life before she is ready to move back to Manhattan. Of course, that’s if she moves back, after diving deep into some of the relationships and secrets that consume her seaside community.

The Startup Wife by Tahmima Anam

The intersection of romance and technology is a popular one—especially as dating apps became the primary (if not only) way single people could still meet someone over more than a year of pandemic lockdowns. In The Startup Wife, a brilliant coder (with a pi tattoo, no less) writes a new algorithm and builds an app that essentially replaces religious rituals. The coder and her new husband join an exclusive tech incubator called Utopia, and the app becomes a smash hit. But as the saying goes, money doesn’t buy happiness, and it doesn’t seem like an algorithm can predict the perfect relationship, either.

If you loved The Martian and/or can’t wait for Elon Musk to make good on his plans for expeditions to Mars, Holdout is probably your choice pick for a summer read. A top astronaut who has spent nearly a year in space refuses to leave her post aboard the International Space Station following an accident that forces her fellow astronauts to evacuate, placing her career on the line and raising the suspicions of her colleagues. She’s convinced it’s the only way to fix something that went wrong on Earth.

‘The King of Infinite Space’
Courtesy of G.P. Putnam’s Sons

The King of Infinite Space by Lyndsay Faye

A queer take on Hamlet set in modern-day New York City, Ben Dane (yes, that is his name) is devastated after his Broadway baron father suddenly dies. But this isn’t simply an adaptation with similar names and moved to another country and time period. The most intriguing storyline could be that of Ophelia’s counterpart, Lia, whose mental illness and addictions are examined in a more enlightened, feminist mindset.

Edwina is the sole female employee at the tech startup where she works—a miserable experience on its own. To make matters worse, her husband suddenly disappears—prompting not only a search to find him but to also comprehend why he left at all, whether it was due to the struggle of trying to get a green card, problems with their respective parents, or something else altogether.