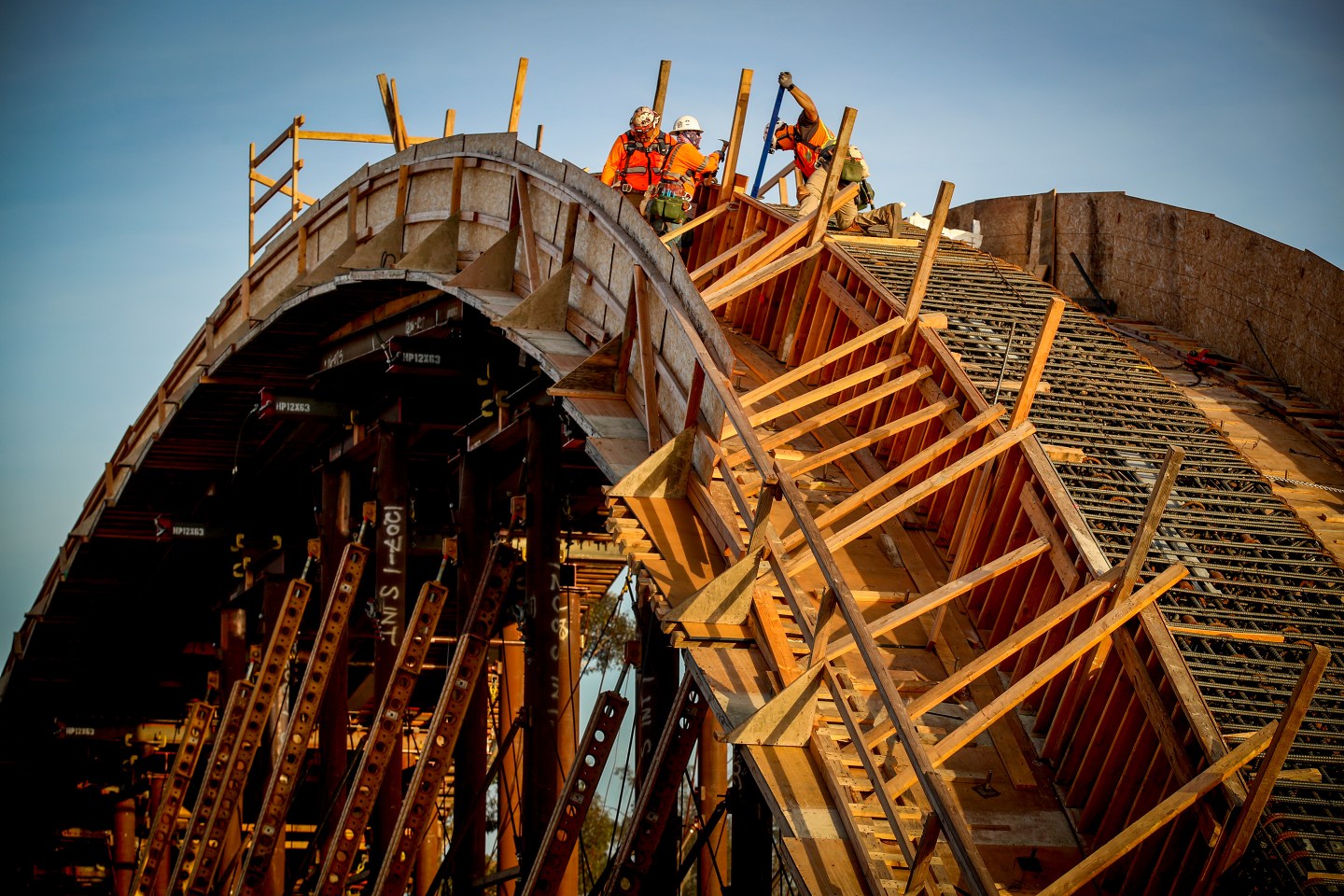 We seem to be at a stalemate, America.

President Biden recently made an infrastructure bill counteroffer to Senate Republicans, lowering the total proposed cost from $2.3 trillion to $1.7 trillion. However, Republicans are still unsatisfied, releasing on Thursday a proposal for only $257 billion in infrastructure spending.

The stalled negotiations are not exactly surprising given the current political climate, but they do come at a time when our country finds itself in desperate need of strengthened infrastructure to improve private sector innovation.

Beyond the need to support American businesses, the Office of the Director of National Intelligence even reiterated in its Worldwide Threat Assessment last month that America’s reduced investment in technology and R&D continues to be a national security threat of primary concern. Historically, these reports have also classified China’s increased investment in technology development as a direct threat to our nation’s security.

Increased investment in R&D is one of the seemingly few areas of bipartisan agreement in today’s politics, and it could be the ticket to achieving compromise on Biden’s infrastructure plan.

Biden must work with both House and Senate Republicans to incorporate more tax incentives for U.S. businesses into his plan. Implementing these incentives would not only create more balance with the tax hikes that the President has proposed to pay for various infrastructure projects, but also encourage crucial growth in innovation efforts, bolster our national security, and add good-paying technical jobs to the American workforce. (Alliantgroup, the consulting firm I work for that helps businesses claim tax credits, would benefit from more tax credits being available to companies.)

The President has already included the Section 45Q Tax Credit in his proposal, which encourages investment in carbon capture and has the support of both the environmental community and the fossil fuel industry.

To go further, Congress should start by considering the Research and Development Tax Credit, which rewards American businesses for investing in qualified research activities and has a proven track record of amplifying innovation efforts while increasing the number of technical jobs in our country.

This credit has helped American businesses across tech, manufacturing, agriculture, and other industries reinvest in their own infrastructure, hire and retain technical talent, and pursue research and innovation activities to stay globally competitive. Significantly, the incentive also aligns with Biden’s “Buy American” mantra, as businesses are required to conduct their R&D in the U.S. to qualify for the credit. It’s also a politically popular tax credit that many states already offer themselves.

In addition, Congress should incorporate an enhanced R&D Tax Credit into the infrastructure plan. As proposed in multiple bipartisan bills, this would create a public-private partnership that will encourage American businesses large and small to invest in themselves and compete globally. This expansion would also open the incentive to more U.S. businesses who might not currently claim the credit.

Boosting these tax credits will encourage economic activity in the private sector, which is more nimble, innovative, and market-driven than federal projects. It will also strengthen the long-term impact of Biden’s infrastructure plan by incentivizing a cycle of economic growth in our private sector and creating more room for bipartisan agreement around investing in innovation efforts through R&D.

China’s push for global power is not going to stop. A bipartisan effort to create more business tax incentives, primarily those that encourage R&D activities, will not only get the much-needed infrastructure bill passed, but will also bolster our country’s national security, create more jobs, and keep us competitive with countries that have already made significant investments in innovation.

It’s a win-win scenario that both political parties can, and should, get behind.

Heidi Heitkamp served as a U.S. senator from North Dakota from 2013 to 2019, the first woman elected to that position. She also served as the 20th North Dakota tax commissioner and is currently the director of agriculture at Alliantgroup.