The new low-cost airlines taking off this summer 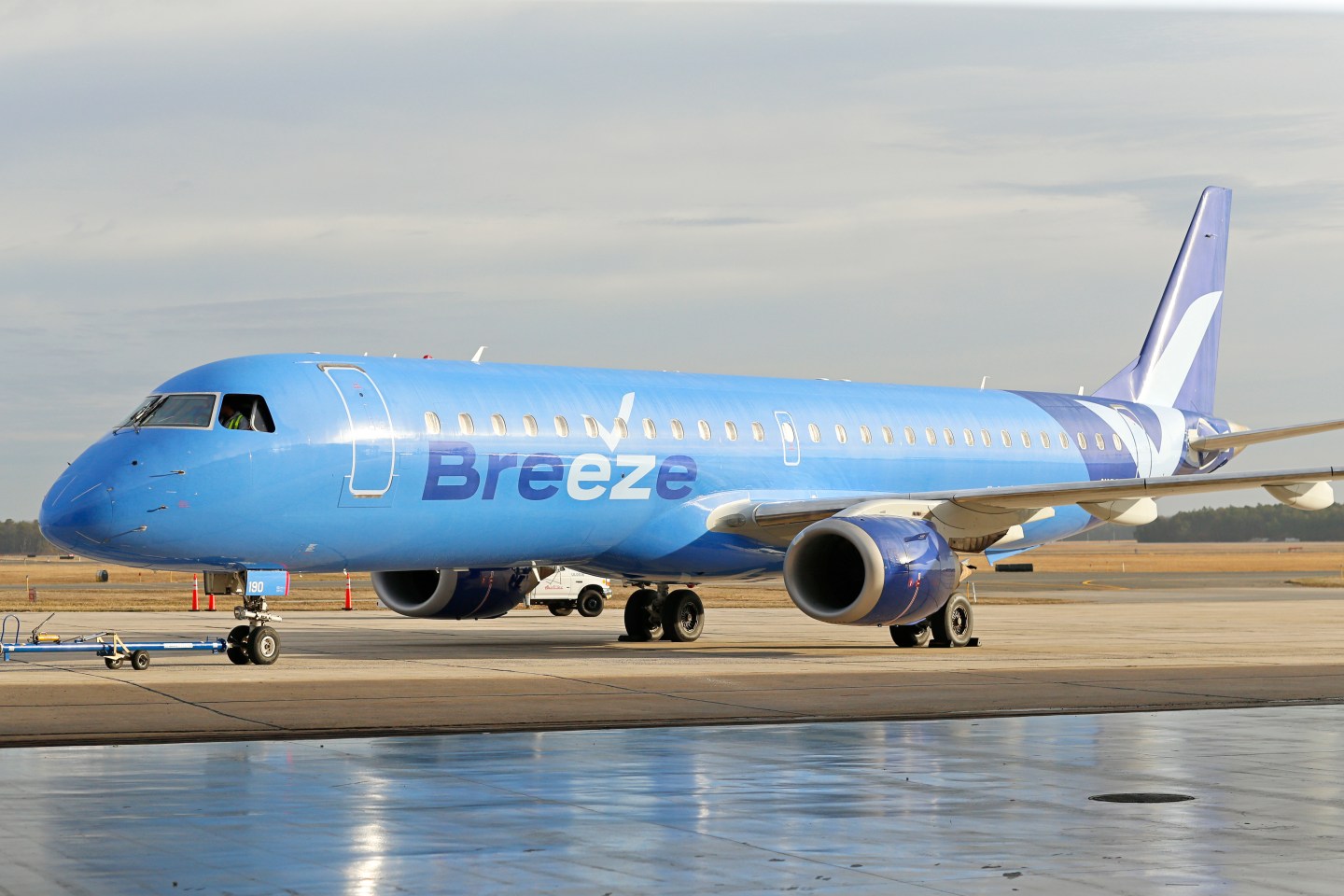 Breeze Airways was supposed to start flying last year, but is now scheduled for takeoff this summer.
Courtesy of Breeze Airways

After the worst crisis in the history of aviation, U.S. airlines are hoping that a speedy domestic vaccine rollout and demand for tickets rebounding means the summer will be almost normal. But established carriers will be facing new competition from aviation startups that see an opportunity to take off.

On Wednesday, Breeze Airways announced its first sets of flights—operating both directions between Charleston, South Carolina to Tampa and Hartford, Connecticut—starting on May 27 with a planned 39 nonstop routes serving 16 cities rolling out over the summer. The flights will be priced starting at $39 for one-way fares and will work like many ultra-low-cost carriers and charge for extras like checked bags, carry-ons, and seat selection. Following the recent trend of other airlines, however, there are no change or cancellation fees.

The Utah-based airline raised $100 million and planned to launch in 2020 but was pushed back due to the pandemic. Although passenger numbers are still down from pre-pandemic levels, David Neeleman, the CEO of Breeze Airways, says the time is right for Breeze.

“What we know is that domestic travel is going to come back strong,” Neeleman says. “People are [saying], ‘We are done, we want to travel.’”

This is David Neeleman’s fifth airline startup—following JetBlue, Morris Air, WestJet, and Azul Brazlian Airlines—and he says through each experience he has learned that providing new options can drive travel.

“You can create traffic by generating trips that people didn’t think they are going to go on,” he says.

Another pandemic-caused opportunity Neelaman points out is population patterns have shifted as American workers no longer tied to a commute have fled further afoot. The company claims that 95% of Breeze routes are currently without nonstop service. Fast-growing in places like Florida and Virginia will want flight options that were as convenient as in the cities they left.

“Access to some of these places is difficult and we are keeping an eye on that,” he says.

The other new major airline to take flight is Avelo Airlines, which launched with flights out of Hollywood Burbank Airport at the end of April. Avelo’s one-ways fares started at $19 for 11 initial routes offered across the American West. The company has already announced New Haven, Connecticut, as its first east coast destination to debut later this year.

Avelo raised $125 million from investors at the beginning of 2020 and, like Breeze, was meant to launch last year but put plans on pause until travel demand returned, which, according to

Avelo Airlines founder, chairman, and CEO Andrew Levy, is about to happen.

“I think we are going to get back to where we were a lot quicker than people think,” Levy says.

Levy helped found Allegiant, another ultra-low-cost carrier, and later served as the chief financial officer for United Airlines. The plans for Avelo started in 2018 when airline profits were high and he saw a gap in service at secondary airports in larger markets, like Burbank.

“In general, the big markets in the U.S. have gained a lot of seats, and the secondary ones have grown at a much slower rate, or not at all,” Levy says.

Those prices are introductory, he continues, and will go up and be more in the range of $29 to $39 for one-way flights. Like Breeze, Avelo will also charge for checked bags, carry-ons, and seat selection while skipping change fees.

Breeze and Avelo are the first new major airlines in the U.S. since Virgin America launched in 2007. A series of mergers over the last two decades—with Alaska’s acquisition of Virgin America in 2016 being the most recent—have reduced the number of carriers to three major options and a few smaller airlines. This series of consolidation, combined with a strong economy, helped fuel sky-high industry profits until the pandemic.

U.S. carriers likely lost upwards of $35 billion in 2020 and only averted wide-scale layoffs with billions in bailout funds from the government. With travel ticking up, Delta expects a return to profits later this year and American Airlines have announced plans to fly 150 new domestic routes starting in the summer.

Still, the upstarts might have a once-in-a-lifetime advantage with the established carriers playing catch up. Airlines retired planes years ahead of schedule, and although layoffs were mostly avoided, thousands of employees took early retirement. Training enough staff to get back to pre-pandemic levels will take time.

But perhaps more importantly, Avelo and Breeze are run by two men who, between the two of them, have more than 60 years of experience, notes Dr. Becky Lutte, an associate professor for the Aviation Institute at the University of Nebraska, Omaha.

“These are real veterans of the airline industry,” Dr. Lutte says. “This is not their first rodeo.”

The focus on domestic routes might also be an added boost. Last month, the State Department issued 115 travel warnings for dozens of countries and other foreign locations still aren’t taking travelers, regardless of their vaccine status. That isn’t going to stop people from traveling, even if it does mean they stay closer to home.

“There is pent-up demand; people want to get out and travel,” she says. “That might be a benefit for these carriers in the short-term.”

Ultra-lower-cost airlines like Frontier and Spirit are also trying to catch some of the market, but even smaller operations with international ambitions think there is more space to find a foothold, despite a closed border. Boston-based Waltzing Matilda Aviation (WMA) will be launching Connect Airlines, a new airline starting operations in October—when the company hopes the border will be open again—that will start with a flight connecting Toronto’s Billy Bishop City Airport to American airports in the Northeast and Midwest.

The expected audience is business travelers, says John Thomas, CEO and co-founder of WMA, who points out that this segment bounced back a few years after 9/11 despite predictions. Thomas says similar forecasts about the demise of business travel after the pandemic are likely off-mark.

“People were investing in video conference rooms thinking they were the new trend, but they didn’t last very long,” he says. “Some travel will never be replaced by Zoom.”