These states will soon stop sending out $300 weekly unemployment benefits 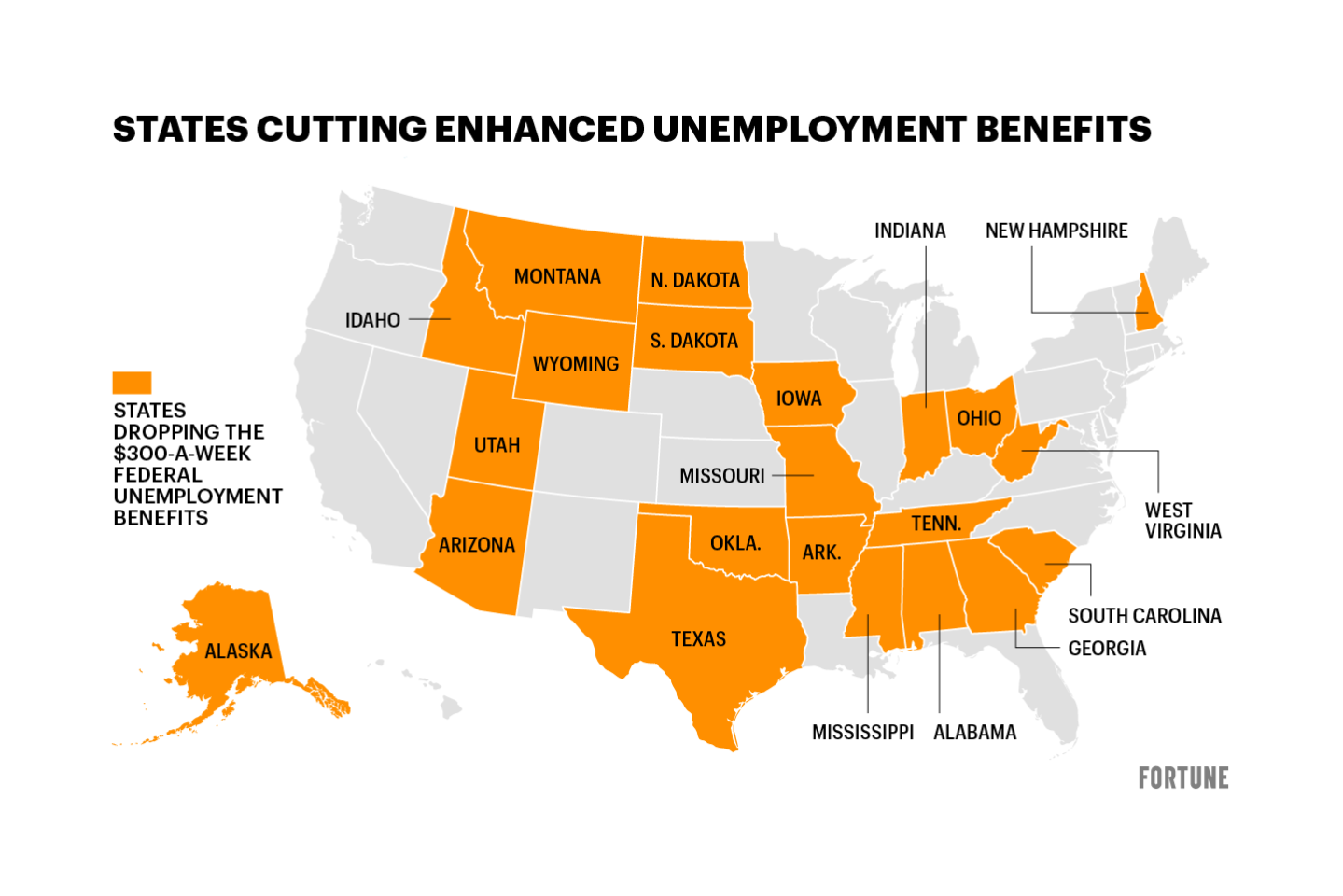 More than 20 Republican governors have announced plans to curtail weekly $300 enhanced unemployment benefits. They argue that the federal benefit—which is paid on top of state benefits—is incentivizing jobless Americans to not go back to work.

“In some cases, certainly discouraging people from going back at this point in time,” Ohio Governor Mike DeWine said last week. “The assistance was always, always intended to be temporary.”

The White House disputes that narrative, and would prefer the benefit be left alone until it lapses in September. But that hasn’t stopped Republican-run states from opting out of the program.

When these states, which all have Republican governors, will phase out of the program varies by state. In Ohio and Texas, for example, it’ll be June 26. To encourage jobless residents to return to work before the benefit phases out, some states, like Oklahoma, plan to give workers a “back to work” bonus.