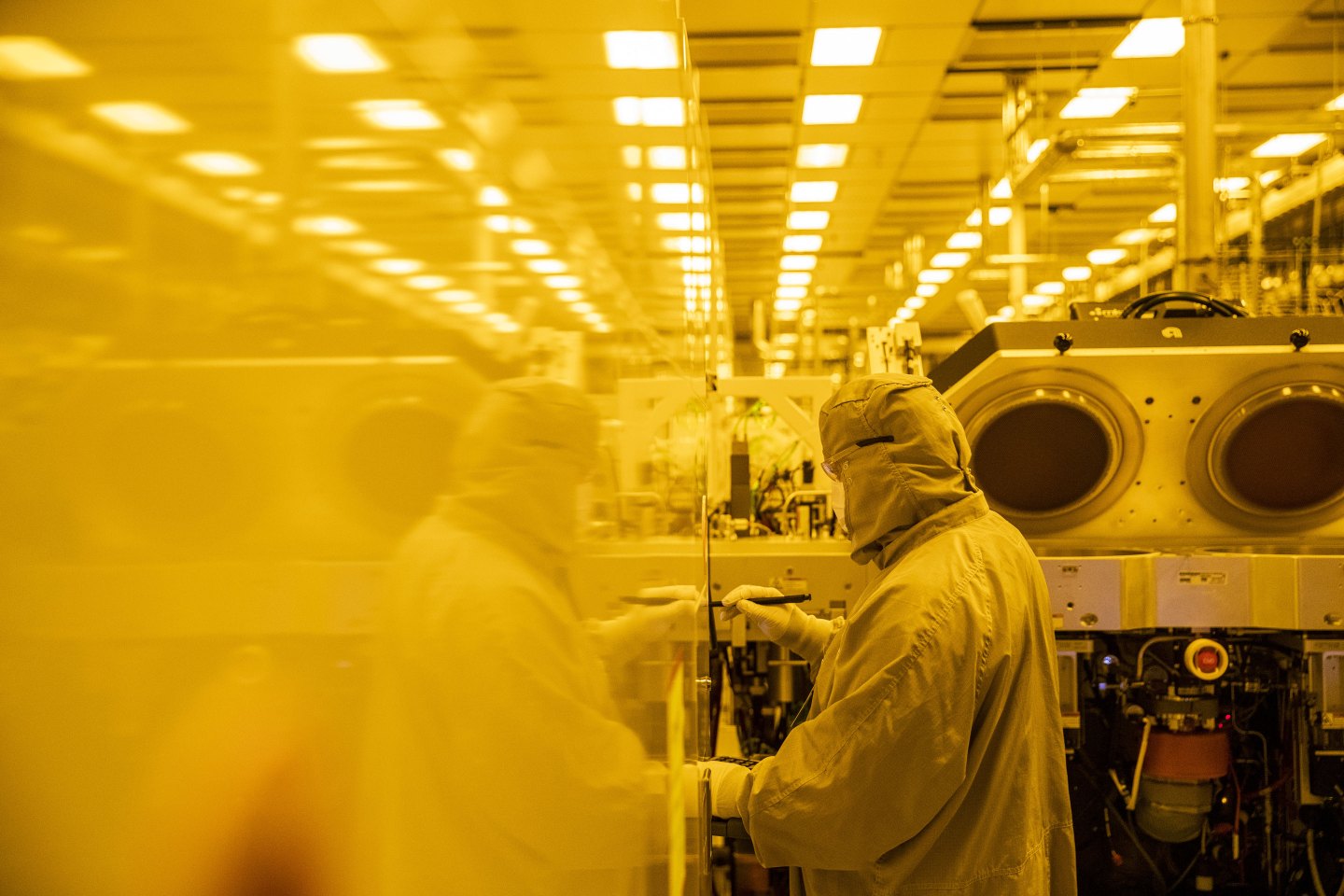 An employee at the GlobalFoundries semiconductor manufacturing facility in Malta, N.Y., on March 16, 2021.
Adam Glanzman—Bloomberg/Getty Images

The Biden administration’s push to shore up critical U.S. supply chains is a welcome show of support for American industry and a smart way to enhance the country’s emergency preparedness. But the President must also repair the cratered highways of global trade that are key to America’s technological future.

Aimed partly at helping U.S. companies cope with the global shortage of semiconductor chips used in products from smartphones to cars, President Biden’s recent executive order to review supply-chain vulnerabilities looks at key industrial sectors of the economy such as health and energy in a bid to reduce U.S. dependence on foreign suppliers and ensure that America will not come up short in a crisis.

Such a review, combined with incentives for domestic manufacturing and R&D, are a better way to improve supply-chain security than maintaining the China-focused export restrictions imposed by the Trump administration last year.

Yet politics continues to infect U.S. government thinking about supply-chain management. In April, the U.S. Senate Foreign Relations Committee voted overwhelmingly in favor of the Strategic Competition Act of 2021, a bill aimed at assuring that the U.S. is positioned to compete with China. One section of the bill specifically aims to help U.S. companies diversify their supply chains away from the country.

Over the past two years, the U.S. government has curtailed the sale of certain U.S. technology to Chinese companies. Designed to hurt China, those curbs are actually hurting American businesses.

Before being placed on a blacklist by the Trump administration, Huawei was one of the U.S. chip sector’s biggest customers. It spent around $12 billion a year overall in the U.S., including on semiconductors, and contributed to 40,000 jobs. The company’s rotating chairman, Ken Hu, said the company had planned to buy more than $20 billion in components from U.S. companies last year, but was prevented from doing so by the export bans. (For this reason, Huawei has a direct interest in the termination of the U.S. ban on the export of technology to Chinese companies.)

If these measures are kept in place, they will provide a strong incentive for foreign companies to de-Americanize their supply chains, lest Washington target them or their suppliers in the future. Unfortunately, however, the potential harm extends far beyond job losses and corporate profits.

Revenue from the sale of chips to Huawei has allowed American companies to fund new research that supports U.S. national security goals. When that revenue drops, so does the ability of U.S. companies to invest in R&D. This link is so crucial that when the U.S. government was thinking about expanding the restrictions already placed on Chinese companies, the Defense and Treasury departments objected to the expansion, saying it would hurt U.S. companies’ ability to fund R&D and, most significantly, to support the U.S. defense industrial base.

In addition, the Information Technology Industry Council concluded that an excessive focus on Chinese companies had “short-circuited” America’s ability to analyze the risks facing its own supply chain. An effective strategy must evaluate all relevant threats to America’s supply chains—not just focus on a single one.

Export restrictions that lead to a broad-scale “decoupling” of Chinese and American technology could also erode innovation. Decoupling America’s tech platforms from China’s was a goal pursued by the Trump administration. The so-called Clean Networks Initiative used a “trusted-country-of-origin” requirement to insulate the U.S. from Chinese technology, while pressing American allies to exclude Chinese equipment from their 5G telecom networks.

But splitting the digital world in half would balkanize the technical standards that companies and governments use to collaborate across borders, thereby restricting their ability to innovate. The Internet Society, an educational nonprofit, has said decoupling could “significantly threaten” economic growth while reducing the broader benefits of collaboration. Even former Google CEO Eric Schmidt, who has called for some separation between U.S. and Chinese tech systems, has warned that U.S. innovation will be undermined by “closing off the United States to the ideas, people, technologies, and supply chains necessary to compete effectively.”

Biden’s latest actions are a welcome acknowledgement that secure global supply chains benefit everyone and should not be hijacked by geopolitics. His approach will spur American investment in innovation without relying on protectionist measures that place American businesses and households at risk. That is a step in the right direction—and, we hope, a harbinger of things to come.

Correction, May 11, 2021: A previous version of this commentary mischaracterized the U.S. government’s policy on the sale of certain U.S. technology to Chinese companies.