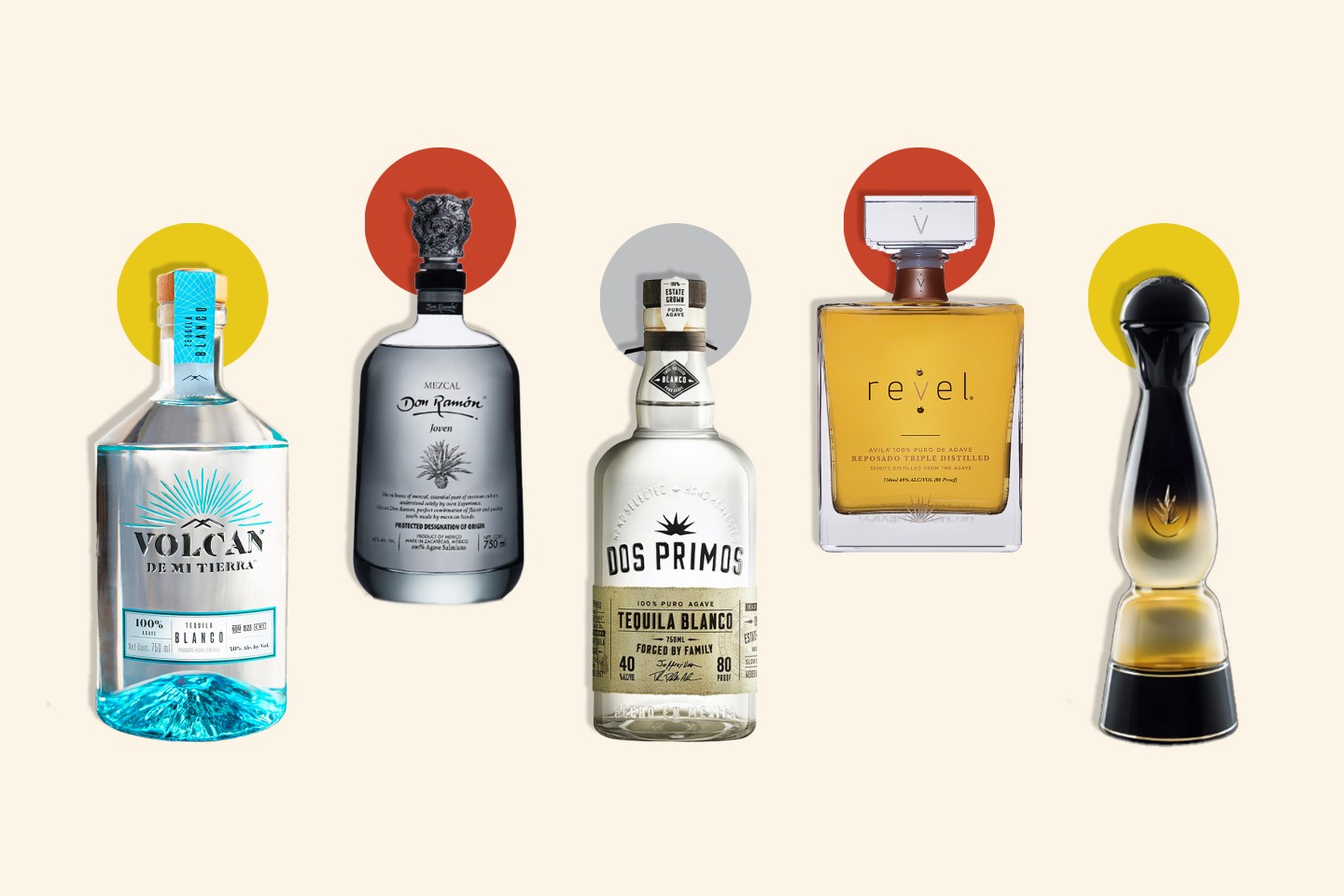 As communities ease restrictions and more people venture out, there’s going to be a lot of tequila consumed this Cinco de Mayo.

The favorite day of every Mexican restaurant is a boom time for tequila distributors—arguably even bigger than National Tequila Day (which takes place on July 24 this year). The spirit, though, has been growing at a phenomenal rate for years. Since 2002, tequila volumes have increased 180%, according to the Distilled Spirits Council. Last year, sales of tequila and mezcal were up 17.4% ($587 million) to $4 billion.

While there’s nothing wrong with a good margarita, some tequilas, especially on the high end, are much better when sampled on their own (neat, chilled, or on the rocks—we won’t judge).

Okay, yes, you could easily make a very tasty margarita with this silver—and it’d be a winning choice. It’s fairly inexpensive, but it’s not cheap tequila. Put a little aside, though, and try it on its own, and you’ll find a sweet, herby spirit with a solid spicy finish that warms you up as it goes down. SRP: $22

A relatively new player in the tequila field, Volcan didn’t put its product to market until it had tried 17 different blends of tequilas from different parts of Mexico. It’s an unaged spirit made from 100% blue agave, with some citrus notes to it and the expected peppery nose. It’s the whiff of tropical fruit notes that really make it stand out, though. And those are what elevate it to a true sipping tequila. SRP: $40

The latest in a long line of celebrity-founded tequila houses, Dos Primos comes from Academy of Country Music Awards Entertainer of the Year Thomas Rhett and his cousin. It uses two types of blue agave grown in different parts of Jalisco, and it just hit the market in January. A vanilla sweetness gives way to stronger citrus notes and a smooth finish. It’s a slow-sipping tequila that benefits from a little time to breathe. SRP: $43

Promoted by Pierce Brosnan and with an iconic bottle topped by a silver jaguar, it would be easy to think Mezcal Don Ramón is more flash than substance. That would be a mistake. The herby, earthy lesser-known agave drink is, like other mezcals, smoky. But it’s complex, too, blending all of those flavors with pepper and vanilla to create a mezcal that’s impressively sophisticated for one aged for two months alone. SRP: $45

A rich tequila with just a hint of sweetness, this drink is made using 100% hand-harvested blue agave. Aged six months, it has a smooth smokiness and subtle white pepper notes mixed with a touch of vanilla. Loaded with character, it makes a great nightcap.  SRP: $48

The winner of several spirits awards, this is a different sort of tequila that leans less into the agave flavors and more into the caramel, vanilla, and pepper category. It’s not at all what you’d expect, but it’s a very pleasant surprise. Aged for 12 months in American white oak barrels, it has some earthy tones—and you might even pick up a hint of coconut. SRP: $70

Looking to reach the high end of tequilas? This already rare bottle launched last August is one of the most interesting blends you’ll find. Made without additives, the distillers blend tequila Clase Azul Plata and an eight-year-old extra añejo, which was aged in bourbon barrels then finished in Pedro Ximénez sherry casks. It’s already a collector’s item, but if you crack open the iconic, hand-painted bottle, you’ll taste an incredibly rich, bold tequila that’s silky smooth and incorporates everything from ginger and caramel to the spiciness of the barrels, all ending in a nice, peppery finish. SRP: $300