The Tequila Shortage Could Be Almost Over 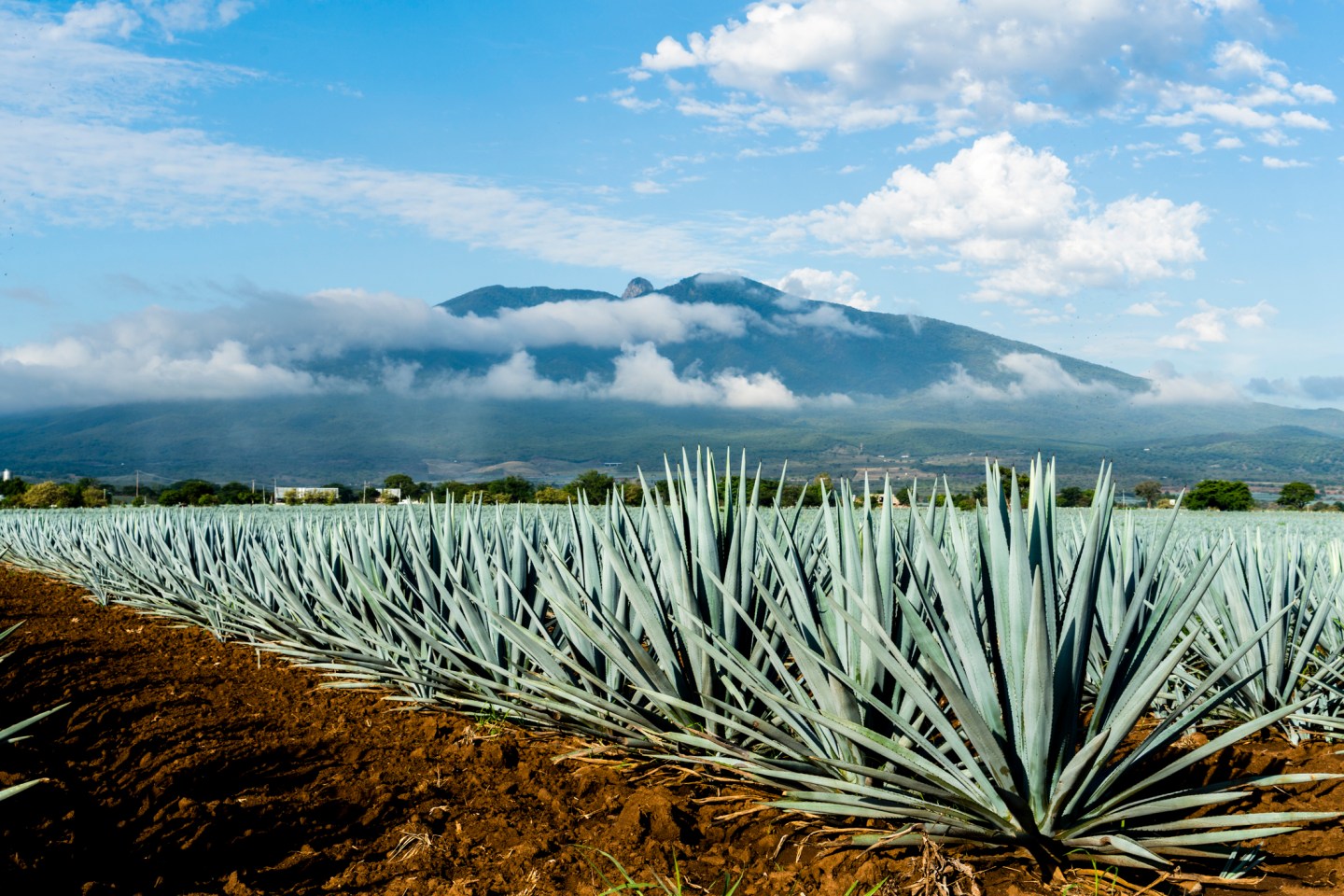 A field of Agave tequilana, commonly called blue agave (agave azul) or tequila agave, is an agave plant that is an important economic product of Jalisco, Mexico. In the background is the famous Tequila Volcano, or Volcán de Tequila.
Getty Images

While it wasn’t a drought, the spirits industry has been lamenting a tequila shortage over the past couple of years, boiling down to fewer agave plants being planted and then pulled from the ground. That means higher prices for the plants that are harvested in a given year.

But tequila lovers might soon have something to toast if new projections turn out to be true.

“We’re at peak agave shortage, but that should end soon,” says Pepe Hermosillo, founder and master blender of Casa Noble, a maker of premium blue agave tequila. Specifically, Hermosillo predicts that agave yields should return to normal within the next 11 to 18 months, based on the number of agave plants that were installed seven to 10 years ago. Agave plants can take from seven to 12 years to mature.

This latest agave shortage comes at a time when tequila is continuing to steal market share from other stalwart spirits such as vodka and rum. Agave-based spirits increased by 11.4% in volume globally, and by 15.8% in the U.S. between 2016 and 2018, according to IWSR Drinks Market Analysis. In terms of value, agave-based spirits have increased 25.1% globally and 24.6% in the U.S.

“Unusually high agave prices over the past several years have forced many tequila suppliers to raise their prices, but despite this, consumers have continued to buy,” says Brandy Rand, chief operations officer for the Americas group at IWSR Drinks Market Analysis. “This is especially true in the super-premium and above categories—bottles that retail for $30 or more—as increasingly people are willing to pay more for higher-end brands.”

Blue agave “bolas,” a.k.a. “piñas” (pineapples), in a Jalisco distillery. The piñas will be baked, enabling their juices to be squeezed out later in the process.
Getty Images

More than 51 million agave plants will have been harvested by the end of 2019, according to Mexico’s National Chamber of the Tequila Industry, compared with 79.6 million at the start of 2018. But current forecasts hold that 88 million matured agave plants will be harvested in 2020, followed by 126 million in 2021, and as many as 150 million in 2022.

There are roughly 500 million agave plants in the ground throughout the Tequila region. For reference, tequila is a distilled beverage made from the blue agave plant. To be labeled as tequila, the agave plants must come from and be entirely produced (from fermentation to distillation) in the area surrounding the city of Tequila and in the Jaliscan Highlands (Los Altos de Jalisco) within the Mexican state of Jalisco. Produced outside this region, the distilled beverage is known as mezcal.

Hermosillo says he has seen agave shortages a few times throughout his career, but he notes that agave production is cyclical, which is why there tend to be rumors of an agave shortage every eight to 10 years. We’re seeing a shortage now, he says, given the surge in consumer interest in tequila matched by a lack of planning within the industry.

“As demand for agave and tequila increases, some harvest agave too early, which creates a lower yield and need for more agave,” Hermosillo explains. “This can also add to these agave shortages we’re experiencing today, when brands are rushing the harvesting process to get more tequila out the door. Prices of the agave then go up, and smaller distilleries can no longer afford the agave.”

Climate change hasn’t proved as harmful to the tequila industry as directly or rapidly as it has other alcoholic productions—specifically, wine and cognac—but the Tequila region has seen significantly higher amounts of rainfall over the past few years. Technically, agave can be harvested year-round, but it’s generally not harvested during the rainy season (late June through early September). Not only is there less yield, but it’s difficult to get trucks out into the field in muddy conditions.

“Many distillers and farmers are already overharvesting their land, which damages the soil for future growth,” Hermosillo says. “It takes anywhere from seven to 12 years for an agave plant to be ready to be used to create tequila, but consistently digging up these plants before they’ve reached full maturity negatively affects the soil and the future production of agave. Combine this with the effects of climate change, such as rising temperatures and general pollution, and the industry could find itself in trouble.”

Regardless, demand for agave-based spirits are expected to continue to rise. IWSR forecasts that volume of agave-based spirits will increase at a compound annual growth rate of 4.1% globally and 5.5% in the U.S. between 2018 and 2023. “But as the cost of agave starts to stabilize,” Rand says, “that growth could be even higher.”

“These shortages and surpluses are very market-driven. The consumer desire for tequila is unwavering, so we will see producers increase their production to meet those needs,” Hermosillo says. “I expect to see a gradual move into a surplus in the next few years, while also hopefully seeing the major players taking better care of the earth and soil that creates this plant that is so important to all of us.”

—This party kit startup’s new hotline could save the day this holiday season
Follow Fortune on Flipboard to stay up-to-date on the latest news and analysis.