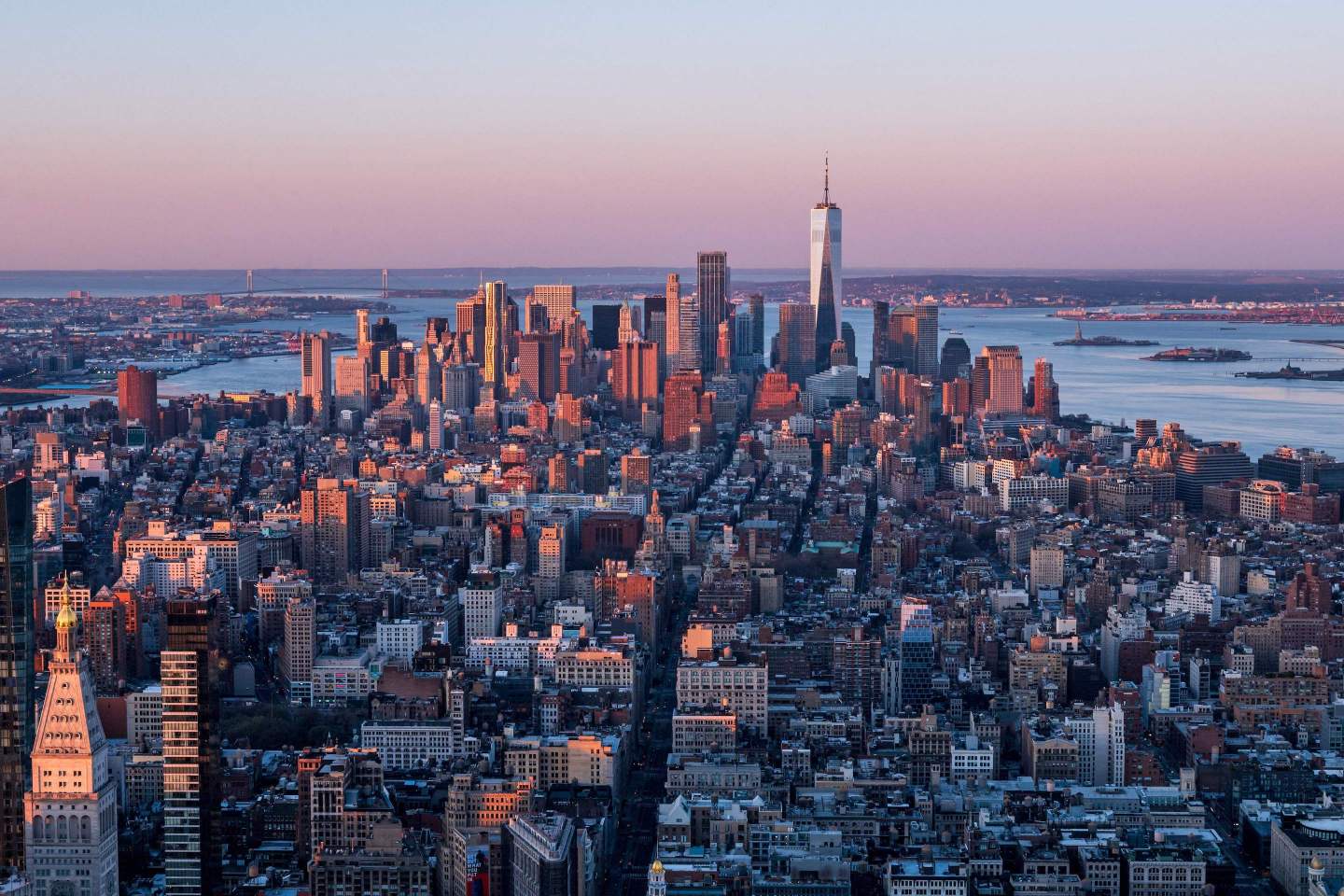 Like the tulips blooming on Park Avenue, tourists are finally returning to New York City’s once desolate streets.

Tatiana Montalvo, a first grade teacher on her spring break, drove from Washington, D.C., where the museums are still closed. She wandered the galleries of the Museum of Modern Art, strolled through Central Park, trekked across the Brooklyn Bridge, took the subway and ate lots of Italian food.

Such visitors mark a welcome shift after the pandemic dealt a blow to New York’s tourism industry, which supports 400,000 jobs and $70 billion in annual economic activity.

Tourists like Montalvo and her boyfriend, Raymond Selden are enjoying a quieter city without crowds, as well as hotel rooms that can cost half or a third as much as before COVID-19.

“I thought it would be difficult to get around, but it’s been very easy and fun to navigate,” said Selden, an emergency medical technician, as the couple—both in their early 20s—made their way through the museum’s galleries.

The indicators, while early and subtle, are starting to recover. Since January, the hotel occupancy rate has ticked up six percentage points, to 35%, according to hospitality data company STR. The industry reported its fifth straight monthly increase in average daily room rates, which have risen 12% since December.

On a recent Saturday, 4,100 people rode the ferry from lower Manhattan to the Statue of Liberty and Ellis Island, up from 2,500 three weeks before, according to Rafael Abreu, vice president for marketing at Statue Cruises.

The Metropolitan Museum of Art has been averaging 7,000 daily visitors, up from 4,000 when it reopened last summer. The American Museum of Natural History reports a similar uptick. On Monday, New York said it would raise the capacity limit for museums, zoos and movie theaters.

To be sure, tourism is still struggling after suffering a blow surpassing even the aftermath of the Sept. 11, 2001 terrorist attacks. It has hardly rebounded to the extent of other measures of New York prosperity, such as the stock market. The hotel occupancy rate is down from 88% two years ago, STR data show. Along with the decline in visitors, many rooms are empty because 200 of the city’s 700 hotels are closed, some permanently.

The true rate is even lower, considering the hundreds of city-purchased rooms to house the homeless and Coronavirus patients, according to Vijay Dandapani, president and chief executive officer of the Hotel Association of New York.

“We may be seeing the first green shoots of tourism, but they don’t necessarily bear fruit or sustain the tree,” Dandapani said. For a true revival, he said, New York will need the return of international and business travel, conferences and conventions.

New York City’s travel industry probably won’t return to full strength for more than three years, with 69 million visitors expected in 2025, according to NYC & Company, the city’s tourism marketer. Before the pandemic, the agency had forecast a record-breaking 71 million visitors for 2021. Now it’s predicting 36 million.

Even with such a glum outlook, the city’s hotel industry is poised for a building boom: 116 properties are under development with 110,000 rooms available by the end of the year, a 25% increase from 2020.

The new lodgings include more than 50 new buildings, according to Christopher Heywood, NYC & Company vice president for global communications. Among them are a new Ritz-Carlton in the NoMad neighborhood of Manhattan and a Jimmy Buffett-branded Margaritaville Resort in Times Square that will feature an outdoor pool. Heywood expects that spiffed-up amenities will spark a tourist influx.

“With the new Moynihan Train Station, the front door of the city has been reopened,” he said. “We have new terminals at LaGuardia Airport, a renovated Javits Convention Center, a new summit Observation Deck at 1 Vanderbilt near Grand Central Terminal.”

Just as the virus hasn’t stopped construction of new hotels, it didn’t deter Manuel and Alondra Lerma from boarding a jet from Mexico to New York for a week’s vacation. The couple, who live in Chihuahua, paid only $100 a night for their hotel room near Times Square, where they stayed with their sons, ages 7 and 5, who were on a break from school.

“We saw dinosaurs at the American Museum of Natural History, got on a boat to the Statue of Liberty and Ellis Island and rode the elevator to the top of the Empire State Building,” Manuel said, as he and the family strolled down Fifth Avenue after riding rented bikes in Central Park.

Jeff Loper recently traveled from Nashville to New York with his wife, Holly, because he needed surgery at NYU Langone Medical Center on Manhattan’s East Side. The city has long attracted out-of-town “medical tourists” looking to tap into its expertise. Many of these patients put off elective procedures during the pandemic and may now return.

Apart from the hospital, the Lopers enjoyed visits to Central Park, the Brooklyn Bridge, and Katz’s Delicatessen on the Lower East Side.

Sitting on a bench outside Central Park, Holly Loper tasted a chicken-and-rice platter from a Halal food truck and voiced appreciation for New Yorkers who covered their faces and honored social distancing.

“It’s a lot different from Tennessee, where mask wearing is much more optional and much less observed,” she said. “It creates much more of a feeling of safety here.”