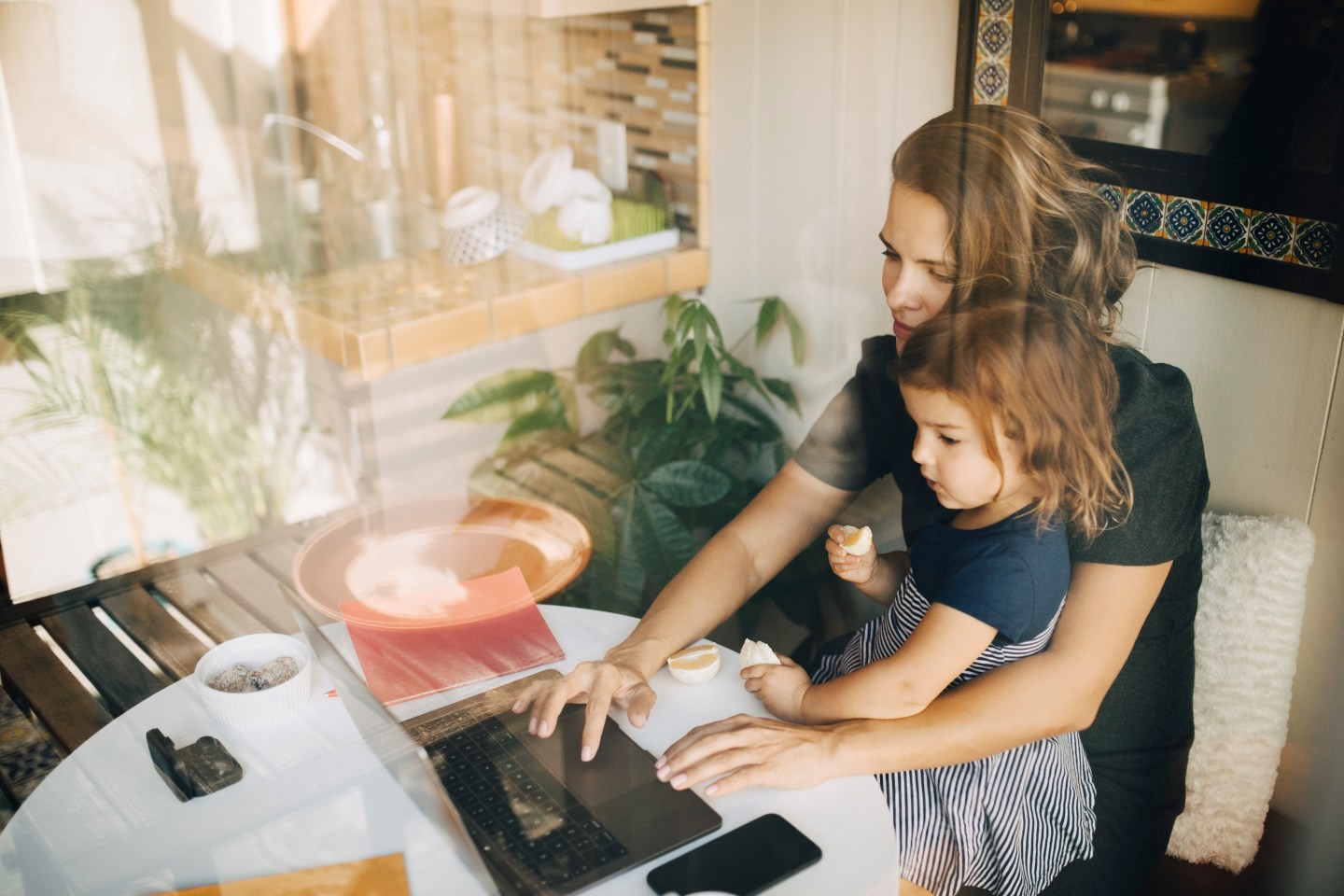 Fortune's 2021 100 Best Companies to Work for took steps to support women and caregivers.

– Great place to work. Every year, Fortune publishes the annual 100 Best Companies to Work For list. 2021’s edition is out today—and it was certainly an unusual year to judge what makes a company a good employer.

One theme that emerged among this year’s honorees? How companies supported caregivers—and, especially, women—through a period of unprecedented caregiving burdens. From No. 14 Target, which introduced an unlimited backup care benefit, to No. 1 Cisco, which offered employees the use of a digital care coordination platform called Wellthy, employers came up with innovative solutions.

Zillow, for example, recently instituted a four-hour block of the day called “core collaborative hours.” With employees now spread throughout the country and across time zones, the measure is intended to keep internal Zoom sessions limited to one chunk of the workday. While that certainly helps everyone at the company, the move can also support employees with caregiving responsibilities who need to concentrate work during hours that work for them.

Many companies on this list, like many companies across the country, conducted layoffs and furloughs this year; employees shared with Fortune and partner Great Place to Work their thoughts on how their employers handled those decisions. I interviewed employees and employers for an article that accompanies this year’s list, and the employee experience that stuck with me came from the 105-year-old grocer Wegmans.

Christina Griffin, 27, has worked for Wegmans since she was 15; she’s now a divisional recruiter and a single mother of a 3-year-old who has cerebral palsy. Nevertheless, she chose to leave behind her desk job for three months last year to help staff curbside grocery pickup at her local stores. “When I made the decision to go into the stores, I did it because I’m with a company whose priorities are its people,” she said.

- Vaccine diplomacy. Greta Thunberg says she won't attend UN climate talks in Glasgow in November out of concern about vaccine inequality. With three-quarters of the world's vaccines so far administered in wealthy countries, the activist is concerned representatives from other nations won't be able to attend and have their voices heard. New York Times

- Baby boom. The Honest Company, the consumer goods company founded by Jessica Alba, filed for an IPO on Friday. The business says it's seen strong sales over the past year, thanks to pandemic-fueled demand for baby and personal care products; diapers and wipes account for two-thirds of its $300 million in sales. CNBC

- Inside Alphabet. In the latest issue of Fortune, Danielle Abril dives into the new labor union at Alphabet, the parent company of Google. With 900 members out of 135,000 employees, the group—founded in the aftermath of the Google walkout over sexual harassment—is a minority union and can't force Google to bargain over a labor contract. But it's working to protect its members in other ways. Fortune

- Playing to win. When will women athletes receive equal treatment? Stanford women’s basketball coach Tara VanDerveer tries to answer that question in this interview, conducted after she led her team to victory in the NCAA tournament. VanDerveer has won more games than any other women's basketball coach over her 43-year coaching career, and she reminds us that the tournaments are always run differently for men and for women—but the weight room disparities this year were "so visual" that everyone could see the discrepancies. Bloomberg

- Historic loss. The Friday death of 99-year-old Prince Philip means that Queen Elizabeth II lost her royal consort of 69 years; she said, according to other royal family members, that her husband's death has left "a huge void" in her life. The Duke of Edinburgh's death marks the first time a reigning monarch has been predeceased by their spouse since Queen Victoria. Guardian

- Gulf gender diversity. Companies are making changes to comply with new rules on board gender diversity in the United Arab Emirates and beyond. The developer Emaar Properties added Eman Abdulrazzaq, a human resources executive, to its board. Meanwhile, in Oman, the stock exchange itself added two women, the Oman Investment Authority's Samra Sulaiman Alharthy and Mathla Saleh Al Shaqsi, to its own board.

- Shaping up. Kim Kardashian West's shapewear brand Skims raised $154 million in new funding, valuing the business at $1.6 billion. Introducing loungewear at the beginning of the pandemic helped the brand to weather less consumer interest in shapewear—but Kardashian West says the form-fitting apparel will always be core to the brand. New York Times

-Dr. Kati Kariko, on the moment when she discovered that mRNA could be used to direct any cell to make any protein. Her research—long doubted by others in the field and unsupported as she never made more than $60,000 a year—was critical to the development of COVID-19 vaccines.