Racism is a public health problem 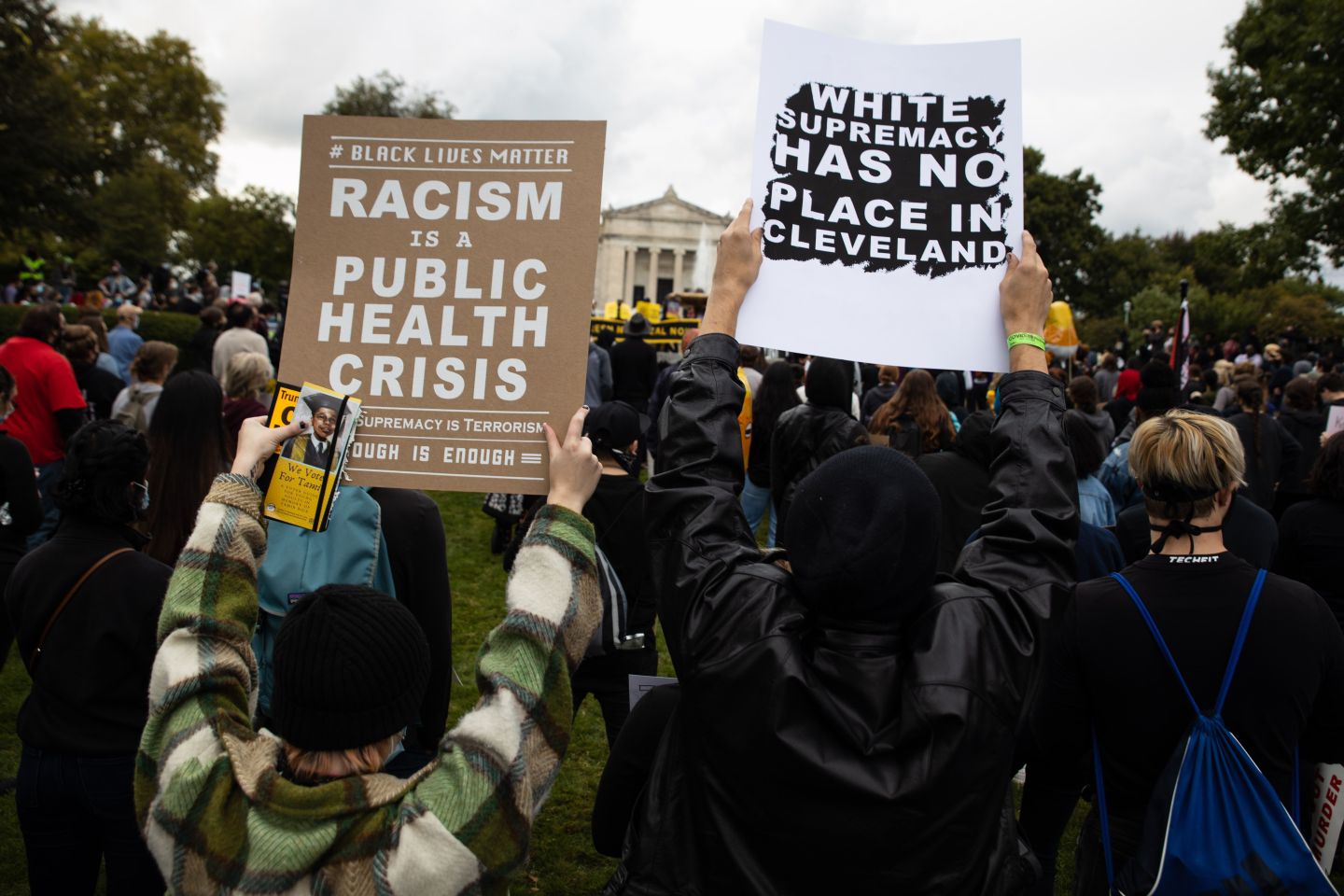 The CDC declares racism a public health threat, the safety net failed disabled Texans during the deep freeze, and Lil Nas X is having the last laugh.

But first, here’s your pre-Ramadan week in review, in Haiku

It begins with a
sliver in the sky. A call
to contemplate and

fast, once a signal
to stay home, now a sign of
hope. Still, some “old” rules

must apply. The time
between sunrise and sunset
is a chance to be

a good ally. Don’t
snack on Zoom, be mindful of
prayer time. And too:

the sky is there for
all. Look up! Be that small part
of a great big world.

If you celebrate, may the upcoming Ramadan be as bright as ever. Wishing everyone a peaceful and contemplative weekend.

CDC Director declares racism a public threat and has directed the agency to develop clear standards for addressing health disparities by race. In a statement, Dr. Rochelle Walensky made her position clear. “The disparities seen over the past year were not a result of COVID-19. Instead, the pandemic illuminated inequities that have existed for generations and revealed for all of America a known, but often unaddressed, epidemic impacting public health: racism. What we know is this: racism is a serious public health threat that directly affects the well-being of millions of Americans.”
The Daily Beast

Black people die sooner than white people in America This story and graphic is a brutal, necessary read. There has always been an alarming race-based gap in mortality rates adjusted for age in the U.S. And, due to COVID, there will likely be the biggest uptick in white mortality rates since World War II. But data suggests that even if Black people had been unaffected by the coronavirus for some magical reason, Black deaths could still outpace white ones in 2020. “An epidemic shows in a short period of time what’s been going on for hundreds of years,” David Ansell, who directs community health equity at Rush University Medical Center in Chicago, tells the New York Times.
New York Times

How the deep freeze impacted disabled Texans Last February’s freezing temperatures and power outage was a particular disaster for disabled people living in Texas. Part of the issue, reports the Houston Chronicle, was State of Texas Emergency Assistance Registry or STEAR, a registry designed to help first responders and emergency planners anticipate and respond to the needs of disabled or medically fragile people. An estimated one quarter of all Texans may be living with some sort of disability, but very few know about the database.  Without emergency support, critical medications spoiled without refrigeration, or essential medical equipment became inoperable.“It underperformed, and I’m being polite,” Houston Mayor Sylvester Turner said, of STEAR. “It needs to be revamped.”
Houston Chronicle

The glory that is Lil Nas X  With so much going on in the world, I’ve failed to devote sufficient time to the rapidly moving story that has been Lil Nas’s dance with the devil. The spectacularly controversial video accompanying his latest hit song Montero (Call Me By Your Name), was followed by a controversial and unauthorized release of a customized “Satan shoe” — a fiendishly adapted Nike Air Max 97, which forced the shoemaker to sue MSCHF, the design studio that made them. Fast forward yadda yadda, the song earned Lil Nas X earned his first number one debut on Billboard’s Streaming Song chart, his second number one on the Rolling Stone Top 100 Songs chart, and is number one in a whole bunch of other places around the globe. Just spectacular. Yamiche Alcindor and Clay Cane, author of Live Through This: Surviving The Intersections of Sexuality, God and Race offers helpful context on the controversy, the song, and Lil Nas X's coming out journey, below.
PBS

Inclusion: Will you or won’t you? Erica Merritt, founder of Equius Consulting Group explains why the diversity and inclusion movement feels stalled in the U.S. For one, corporate systems often value assimilation, not inclusion. “Many of them are not willing to shift their culture, policies or practices in order to make room for those people who look different, i.e. are of different racial backgrounds.” Lasting change requires organizations to “wrestle with the history, culture, ideology and power dynamics that hold [their] social hierarch[ies] in place,” says Merritt. You can make all the cases you want, she says. “Either organizations have the will to do this work or they don’t.”
Bold Culture Hub

Standing with coworkers who are dealing with bias  Kim Scott, executive coach and the author of Just Work: Get Sh*t Done, Fast & Fair says that bystanders to injustice have an important role to play in helping colleagues and changing cultures. She recommends thinking of yourself as an “upstander” whose job it is to “hold up a mirror, inviting others to notice what the upstander notices. Something as simple and direct as ‘I think what you said sounds biased’ can be surprisingly effective,” she writes in the book. It’s also good business. “Effectively standing up to bias when you notice it will help you and your team work better together to achieve your goals.” Click through for an excerpt from the book.
Fast Company

Cause of death: Hit by a rapidly lowering bar  In an essay that starts with a light touch, and becomes progressively less funny and more painful, writer Anna Kegler conducts an autopsy of a recent attempt to win a job interview by pitching a story idea assigned by her interviewers. “I was asked to come prepared to pitch a piece of scientific research that could be packaged into a compact training for someone in a manager role,” she says, noting the homogeneity of the company. “So I ... gulp... chose to talk about diversity research.” And it went downhill from there.
Huffington Post

This edition of raceAhead is edited by Daniel Bentley.

Multi-platinum rapper Earl Simmons, better known as DMX, died today after a week spent on life support following a heart attack. The artist's eight studio albums sold in excess of 24 million copies and his hit single Party Up (Up in Here) is still guaranteed to fill a dancefloor. X was 50 years old.