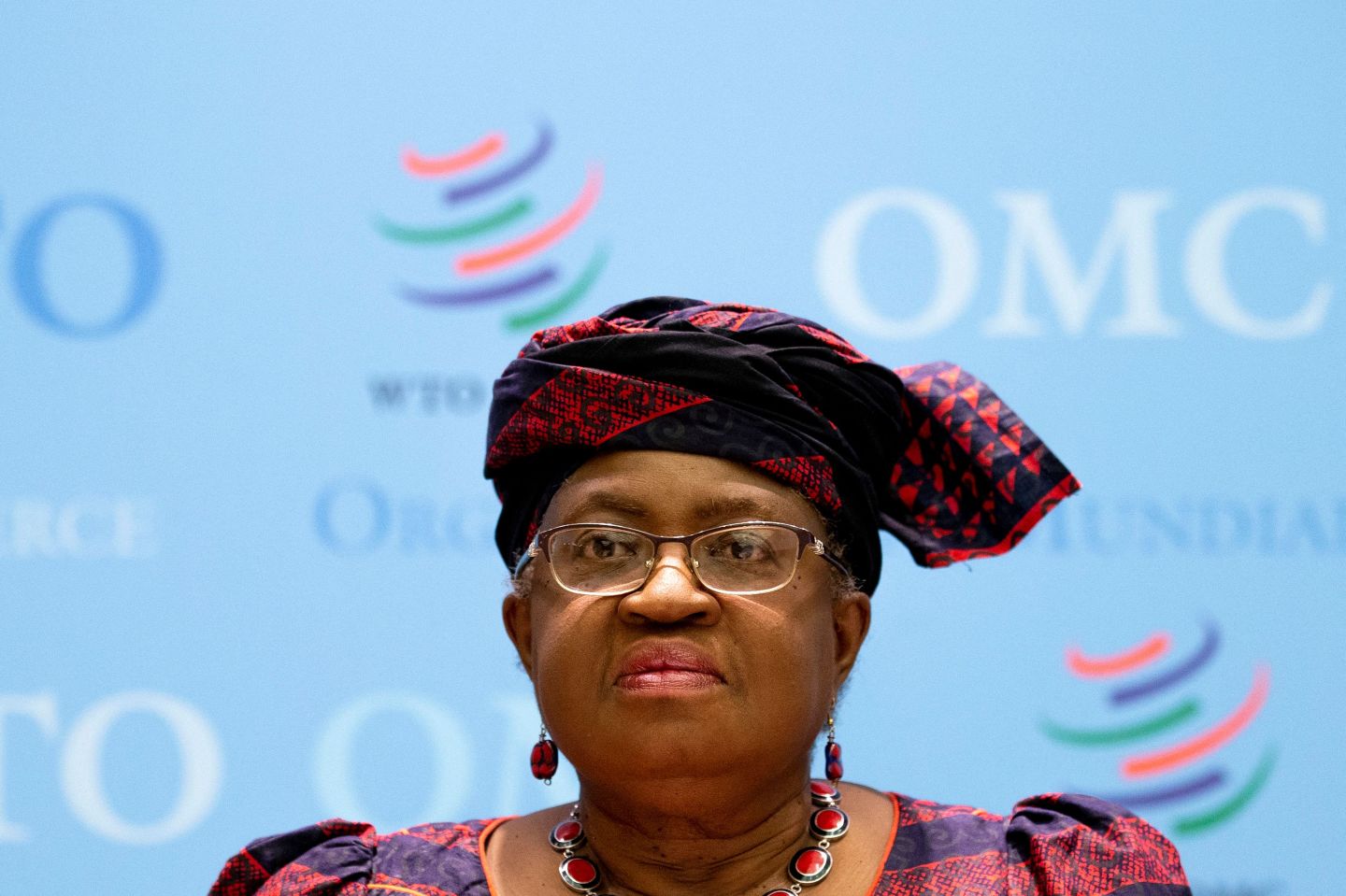 The head of the World Trade Organization cautioned COVID-19 vaccine manufacturers Thursday not to leave out poorer countries when it comes to vaccine distribution.

Dr. Ngozi Okonjo-Iweala said vaccine manufacturers should make enough of the COVID-19 shot for the world or license their technology to developing nations.

“It’s valid to have people want a return on their investment,” she told the BBC. “I think during times of pandemics we have to modify this somewhat, to give greater access.”

The WTO chief pointed to AstraZeneca’s recent licensing agreement with a large vaccine manufacturer in India as an example for other pharmaceutical companies to follow.

The Serum Institute of India, AstraZeneca’s partner and the world’s largest vaccine manufacturer said in February it would prioritize injections for India before the rest of the world.

Okonjo-Iweala became director general of the WTO earlier this month, becoming the global trade organization’s first woman and first African chosen as Director-General. She told the BBC there have been disagreements between WTO members on whether to relax intellectual property rights so more drug manufacturers can make COVID-19 vaccines.

“I’m very concerned,” she said to the BBC. “The kind of inequities we see in vaccine access are really not acceptable, you can’t have a situation in which, you know, 10 countries have administered 70% of vaccine doses in the world, and there are countries that don’t have one single dose.”

In January, the AstraZeneca/ Oxford University COVID-19 shot was granted emergency use authorization in many of the world’s developing nations, including Morocco, India, and Mexico. The company said last week, according to Reuters, that 29 million doses of COVID-19 vaccine from a plant in Italy were destined for the European Union and poorer countries via the World Health Organization’s COVAX effort to vaccinate people in developing nations.

In the U.S., President Joe Biden is facing increasing pressure from Democrats to make sure people in developing nations get vaccinated. Biden promised $4 billion in February to improve vaccine distribution to poorer nations, as well as pledged to give Mexico and Canada some of the country’s supply of the AstraZeneca vaccine.

More than 552 million COVID-19 vaccine doses have been distributed worldwide, but three-fourths have gone to only 10 countries, according to the New York Times.

New cases for COVID-19 rose globally for a fifth consecutive week, with about 3.8 million new cases reported in the last week, according to the World Health Organization. Deaths also rose for the second consecutive week, increasing by 5% or about 64,000 deaths worldwide.