10 new books to read in April 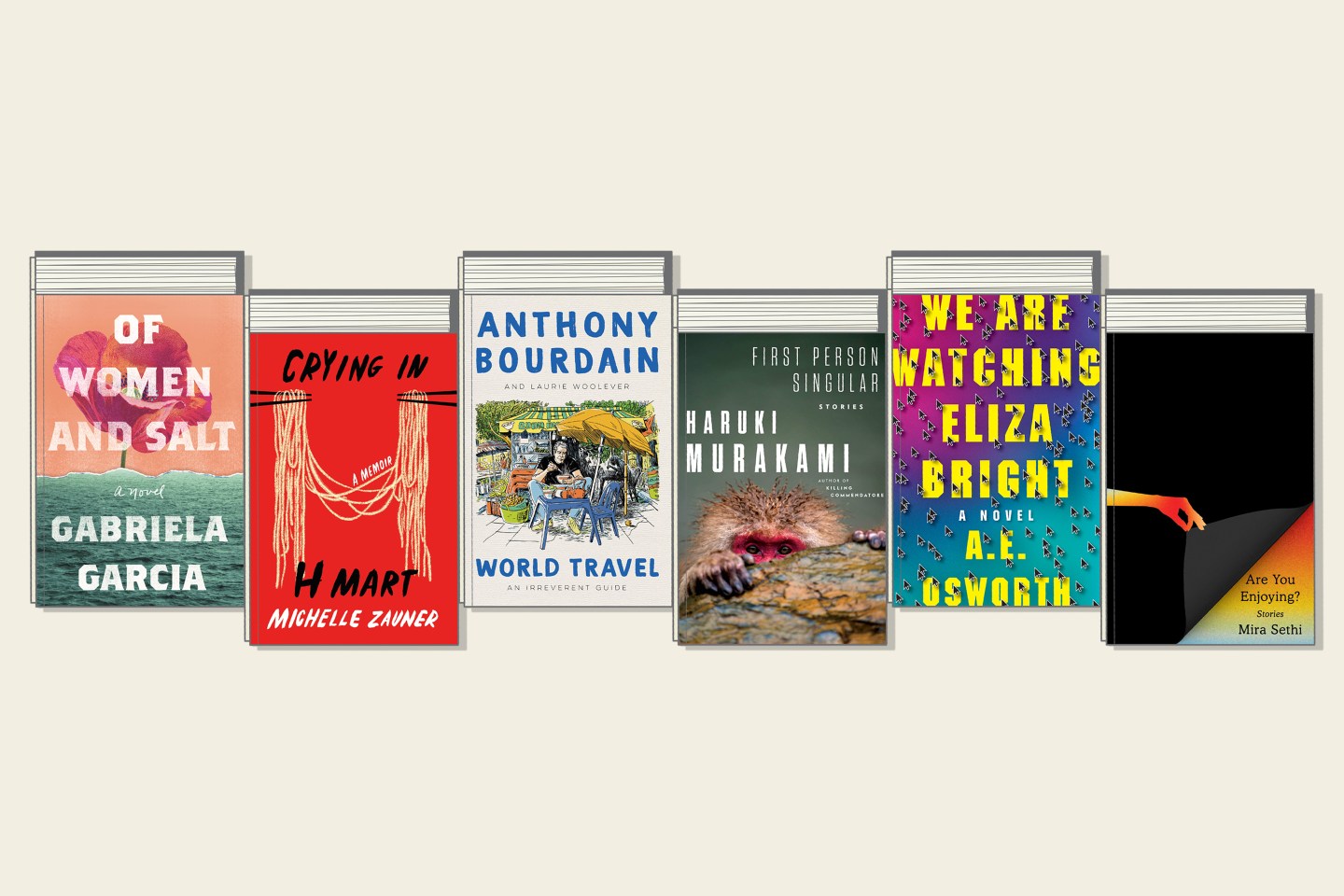 A mind-bending new collection of short stories from an internationally acclaimed author; a novel about gaming that doubles as a critique on the culture of violence against women in a post–2016-election world; and a guide to some of the world’s most fascinating places from one of America’s most beloved travelers and TV personalities of the last two decades.

Here is a selection of new nonfiction and fiction works being published in April.

“Think Like a Breadwinner: A Wealth-Building Manifesto for Women Who Want to Earn More (and Worry Less)” by Jennifer Barrett
Courtesy of G.P. Putnam’s Sons

Think Like a Breadwinner: A Wealth-Building Manifesto for Women Who Want to Earn More (and Worry Less) by Jennifer Barrett

Touted as a new kind of manifesto for working women, with guidance on establishing a better work/life balance and managing personal finances, financial expert Jennifer Barrett posits what it means to be a breadwinner in the 21st century. She stresses the importance of women generating and accumulating their own wealth, underscoring the freedom and power that comes with being your own breadwinner.

“Of Women and Salt” by Gabriela Garcia
Courtesy of Flatiron Books

Of Women and Salt by Gabriela Garcia

One of the most anticipated debuts of 2021, Gabriela Garcia’s novel spans five generations and four countries—from 19th-century Cuba to present-day Miami and Mexico. Of Women and Salt primarily follows the daughter of a Cuban immigrant determined to learn more about her family history from her reticent mother while making the snap decision to take in the daughter of a neighbor detained by ICE.

Author of Annihilation Jeff VanderMeer’s latest is a thriller haunted by conspiracy, endangered species, and perhaps the death of the planet. A security consultant receives an envelope with a key to a storage unit containing a taxidermic hummingbird. By removing the hummingbird from the unit, the protagonist sparks a series of events that spiral out of control, endangering herself and her family. (Suffice to say, it probably won’t be long before a Hollywood studio picks up the rights.)

Beloved Japanese author Haruki Murakami is back with a collection of eight new short stories—all told by first-person narrators. Like modern classics and recent hits 1Q84 and Colorless Tsukuru Tazaki and His Years of Pilgrimage, these stories blur the boundaries between the real world and mysticism.

“We Are Watching Eliza Bright” by A.E. Osworth
Courtesy of Grand Central Publishing

We Are Watching Eliza Bright by A.E. Osworth

While it is a work of fiction, the synopsis of We Are Watching Eliza Bright proves all too familiar to women who have been or are aware of what it means to be doxed. Eliza Bright is a self-taught coder at a video game company who receives little to no respect from many of her male colleagues. When she talks to a journalist about harassment she’s experienced at work, she is fired, doxed, harassed, and stalked—all in the name of “protecting the sanctity of gaming culture.” Author A.E. Osworth offers timely commentary on the dangers of the male gaze, the trauma of harassment via social media, and the technologies that perpetuate a culture of toxic masculinity, subjugation, and violence against women.

The first Asian-American woman and the only immigrant serving in the U.S. Senate, Mazie Hirono’s memoir recounts her early life, raised on her family’s rice farm in rural Japan, to her upbringing in Hawaii, where she entered elementary school not knowing how to speak English while her family first lived in a single room in a Honolulu boarding house. Reflecting on her formative personal and professional experiences through her election to the U.S. Senate in 2012, Hirono focuses on many of the issues about which she is most passionate, including economic insecurity, health care access, and family separation.

“The Ledger and the Chain: How Domestic Slave Traders Shaped America” by Joshua D. Rothman
Courtesy of Basic Books

The Ledger and the Chain: How Domestic Slave Traders Shaped America by Joshua D. Rothman

Historian Joshua D. Rothman documents the lives and careers of Isaac Franklin, John Armfield, and Rice Ballard, who together built the largest and most powerful slave-trading operation in American history. Their company, essentially, was the intermediary between Southern plantations and financial centers in the North. Slave traders aren’t often called out by name in most histories of American slavery, and therefore are subjected to little accountability. But Rothman shines a light on how these human traffickers were responsible for crimes against humanity, the sale of over half a million enslaved people among them.

“Crying in H Mart: A Memoir” by Michelle Zauner
Courtesy of Knopf

Crying in H Mart: A Memoir by Michelle Zauner

Raised by a Korean immigrant in the Pacific Northwest, singer-songwriter Michelle Zauner centers much of her memoir around food, something many of us associate with vivid memories. As one of the few Asian-American kids in her Oregon town, this part of Zauner’s identity—her Korean heritage—was not something she always readily embraced. Zauner reflects on how she has come to understand her identity and her family—and the expectations placed on her—during a number of pivotal moments in her life, from time spent at her grandmother’s apartment in Seoul to balancing singing gigs while working in the restaurant industry in New York City to her mother’s terminal cancer diagnosis when Zauner was only 25.

“Are You Enjoying?: Stories” by Mira Sethi
Courtesy of Knopf

Are You Enjoying? by Mira Sethi

An unabashed look at sexuality and desire as well as power and social mobility, this debut short story collection from Pakistani writer and actor Mira Sethi offers a disarmingly comic perspective on everyday life in Pakistan.

On the day he died in 2018, Esquire noted, “No one lived like Anthony Bourdain.” Slate said, “[He] modeled how to be an American abroad.” Food & Wine described him as “the world’s ambassador.”

World Travel offers readers the potential to travel the globe as he did. Featuring essential advice on how to get to where you want to go, what to eat, where to stay, and (in some cases) what to avoid, World Travel provides additional context—even for longtime fans of No Reservations and Parts Unknown who might think they know all things and travels Bourdain—that will help readers further appreciate why Bourdain found a particular place memorable and special. Supplementing Bourdain’s words are essays by friends, family, and industry colleagues who share new stories and sardonic accounts of what it was like to travel with him.