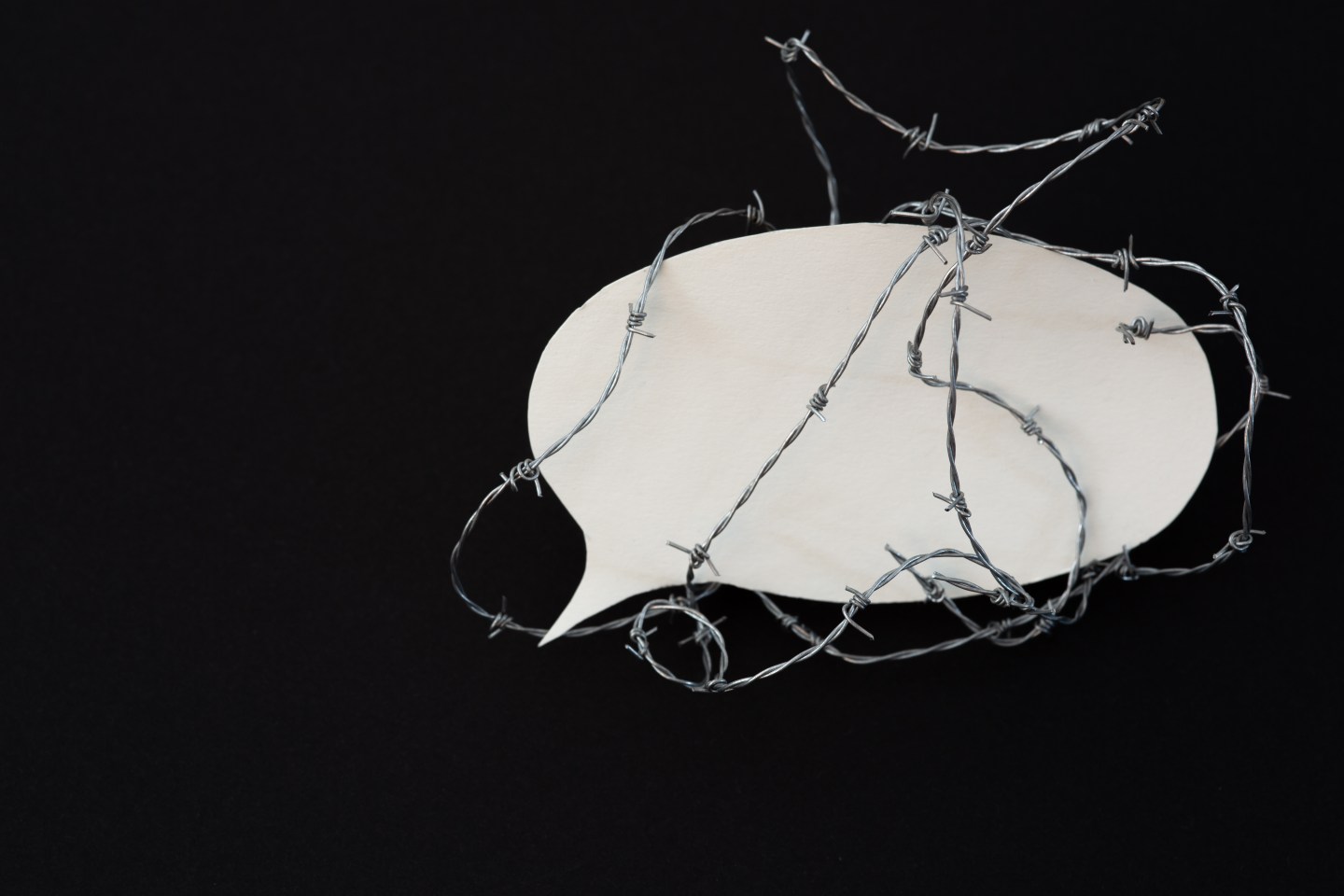 ”Some in Big Tech seem to endorse a blurring of the line between private action and government censorship,” writes Jessica Melugin.
Getty Images

The divide among Americans on a wide range of issues is being amplified by social media. Charges of misinformation and censorship online are raising the question: Who is in charge of the truth? Some members of the media, politicians, and tech leaders are nominating themselves for the job, but in a free society, the individual is the only proper arbiter of speech.

As many on the left worry about misinformation spreading online, it is disappointing to find some in the media are no champions of free speech. The New York Times recently ran an article floating the idea of the Biden administration appointing a “reality czar.” Admitting that it sounded “a little dystopian,” the article went on to lay out the case for an unelected “centralized task force” to tackle “disinformation and domestic extremism.” The article did not explain what speech would qualify for those designations.

That is because objective criteria would be difficult to create. One man’s conspiracy theory is another man’s working hypothesis; one person’s trigger is another’s satire, and so on. The commitment to protecting nonconformist expression is a mark of an open society. A citizenry gifted with the inalienable right to vote does not need an unelected government task force to tell them what is and is not true. To imply otherwise has troubling implications for a healthy republic.

The old Gray Lady is not alone in having lost its journalistic instinct for defending the free flow of ideas in society. A recent Axios Login newsletter quotes counterterrorism experts recommending “[k]eeping extremists out of the institutions where they could do the greatest damage—like the military, police departments, and legislatures,” and “[p]roviding help for those who have embraced dangerous ideologies,” as part of “an all-out national effort to dismantle the radicalization pipeline that has planted conspiracy theories in the heads of millions of Americans.” The newsletter provided no details on distinctions between language that leads to physical violence and that which is healthy skepticism to mainstream views. Also absent from the piece was equal time from a First Amendment expert who might have pointed out that the most odious speech is often the speech most in need of defending.

Similarly, Vice’s report on the up-and-coming social media app, Clubhouse, fretted that because discussions on the platform don’t leave a digital footprint, they can’t be fact-checked later by content moderators. (Wait until they find out about conversations in real life.) Journalism school and research organization Poynter shared Vice’s concerns about Clubhouse. After reporting that Chinese censors descended on the social media site, the coauthors of the article asked the chilling question, “If Xi Jinping’s administration isn’t ignoring Clubhouse, why should fact-checkers?” Woof.

But online speech needs as much protection from threats on the right as from the left. Populist Sen. Josh Hawley (R-Mo.) sees limiting the Internet’s liability shield, known as Section 230, as a chance to force conservative speech to be carried by private platforms. He introduced legislation in the last Congress to require social media platforms to prove neutrality in content moderation to the Federal Trade Commission (FTC) or risk litigation. Beyond the perplexing assumption that federal bureaucrats will be inclined to champion conservative speech, the idea of government policing speech should trouble people of every political persuasion.

Shifting control from the marketplace of ideas to the political elites would be a regression to a pre-Enlightenment time when kings, oligarchs, or those with administrative authority decided what was up for debate and when the debate was over. FTC commissioners have no superhuman ability to be objective. Forcing speech to be carried by private online platforms that don’t wish to do so, for whatever reason, is also a threat to freedom of expression. The real answer to bias online is more competing platforms, each with their own inevitable biases; a technologically updated version of Justice Brandeis’s sound advice that the solution to problematic speech is more speech, not less.

The NYT piece included the suggestion that the government task force “also meet regularly with tech platforms.” Some in Big Tech seem to endorse this blurring of the line between private action and government censorship. In 2019, Facebook’s Mark Zuckerberg told reporters, “…at some level the question of what speech should be acceptable and what is harmful needs to be defined by regulation.” It is little wonder why so many Americans worry they are being “censored by Big Tech.” This as Twitter capitulates to India’s government by restricting the accounts of protesting farmers, Facebook begs to be regulated, and U.S. academics recommend the creation of a new “Digital Regulatory Agency” to press online platforms into cooperating with the federal government on content-moderation policy.

The First Amendment of the U.S. Constitution says, “Congress shall make no law…abridging the freedom of speech.” The government is forbidden from impinging on the free-speech rights of private entities. Intrinsic in that protection is the distinction between the two. In other words, private companies: Don’t collude with the government. The press and Big Tech would be wise to take that advice to heart.

Jessica Melugin is director of the Competitive Enterprise Institute’s Center for Technology and Innovation.