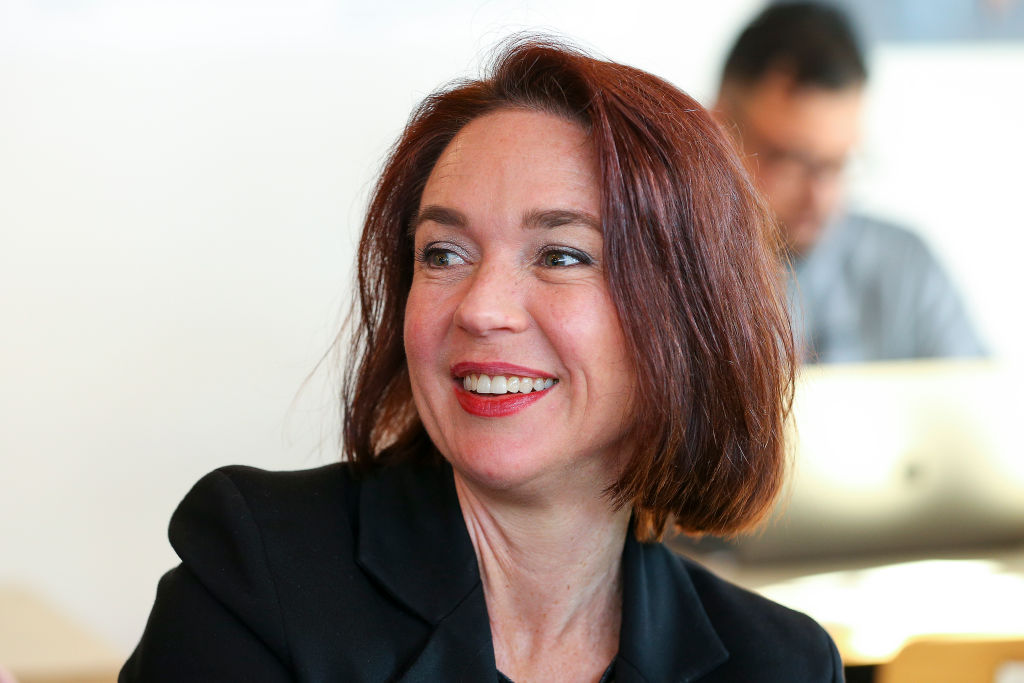 Labour MP Ginny Andersen looks on during a visit to Trade School Kitchen on July 30, 2020 in Wellington, New Zealand. Andersen introduced a bill for bereavement leave for miscarriages, which passed Parliament on Wednesday.
Hagen Hopkins—Getty Images

– A new kind of leave. In recent years, some employers—especially progressive Silicon Valley giants and professional services firms—have taken admirable steps to ensure expectant parents have the time and resources needed to adapt to parenthood and bond with a new baby. But many of those policies overlook the devastating reality that a significant share of pregnancies don’t make it to full term.

A new bill in New Zealand acknowledges that hard truth by offering new parents three bereavement days at full pay for women and their partners after a pregnancy loss, including those planning to have a child through adoption or surrogacy. The bill passed the country’s parliament with unanimous support on Wednesday.

Sponsor Ginny Andersen said in a tweet that she hopes the legislation “gives people time to grieve and promotes greater openness about miscarriage.”

“The bill will give women and their partners time to come to terms with their loss without having to tap into sick leave. Because their grief is not a sickness. It is a loss. And loss takes time,” Andersen told a local TV network.

New Zealand is not the first country to draft legislation for such a benefit. In India, women can receive six weeks’ leave if they miscarry a baby. In the U.K., women have the right to paid leave if a pregnancy is lost after 24 weeks. Bereavement leave for miscarriage may not spread to other countries—remember, the U.S. still guarantees new parents zero paid leave—but MP Jan Logie argues that the bill’s debate alone helped normalize talk of pregnancy loss. “[W]e have for a long time, through silence and stigma, forced women—primarily women—into actually just pretending as if it hasn’t happened,” she said.

- VP's new job. The Biden administration tasked Vice President Kamala Harris with an important role: leading the White House response to the increasing number of migrants at the U.S.-Mexico border. Harris's focus in this role will be diplomatic relations with the three Central American countries many migrants are arriving from. LA Times

- Pharma trouble. GlaxoSmithKline, the U.K. pharmaceutical company led by CEO Emma Walmsley, fired chairman Moncef Slaoui after conducting an internal investigation into allegations of sexual harassment against him. Slaoui was also an adviser to the Trump administration on COVID vaccine development. Walmsley said she spent "many nights lately putting [her]self in [the] shoes" of the woman who made the complaint against Slaoui. He didn't respond to request for comment. Fortune

- On target. Mastercard announced yesterday that the company will tie executive bonuses to reaching sustainability goals and achieving gender pay parity. The payments processor aims to "reward performance that helps us achieve our goals." Reuters

- Historic vote. Rachel Levine was confirmed yesterday as assistant health secretary, making her the first transgender official confirmed by the Senate. Before joining the Biden administration, Levine was Pennsylvania's secretary of health. NPR

- Movie magic. Insecure creator Issa Rae signed a $40 million, five-year deal with WarnerMedia across film and TV, with most projects going to HBO. Warner execs say they expect Rae's suite of projects to put her in the same league as other major TV creators, like Shonda Rhimes and J.J. Abrams. Variety

- Facebook complaints. Fortune's Danielle Abril dives into recent allegations of racial discrimination at Facebook. One job candidate, a Black woman, describes experiencing bias during the hiring process and the feeling that, "I checked a box." The Equal Employment Opportunity Commission is investigating; Facebook says it takes allegations of discrimination seriously. Fortune

- Funding the future. BBG Ventures closed a $50 million fund the firm will use to back pre-seed and seed-stage female-founded startups. Managing partners Susan Lyne and Nisha Dua say they hope investing sums of this size in women's companies won't be a point of differentiation from other firms for long. Forbes

How the Strand lost its workers Vulture

'Sexism isn’t a women’s issue any more than racism is a Black issue': Venus Williams writes a moving letter about equality British Vogue

-Megan Rapinoe, testifying before the House Committee on Oversight and Reform about equal pay