ASEAN states must act to help Myanmar. This is where they should start 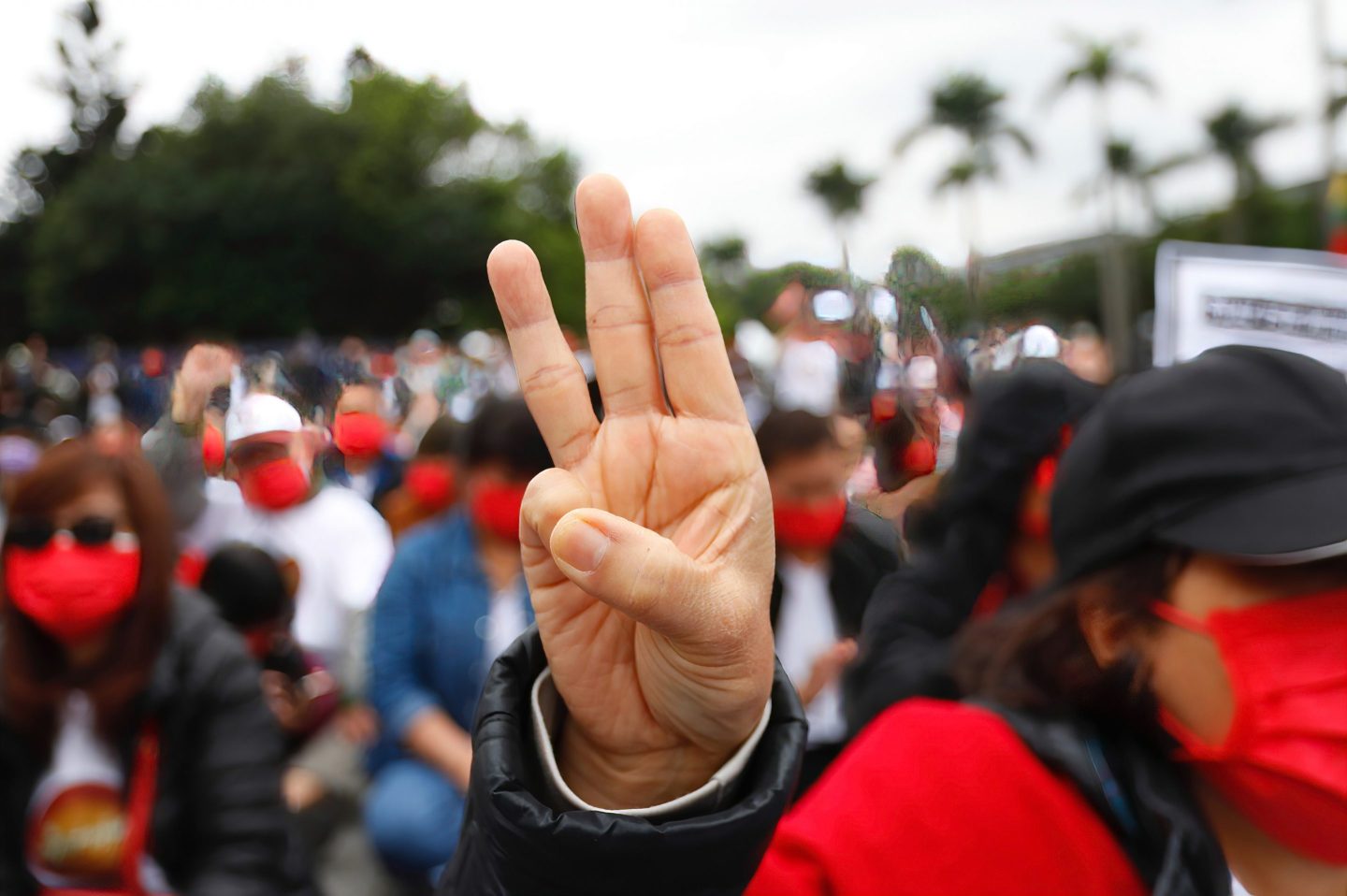 A Burmese demonstrator at a protest against Myanmar’s military in Taipei, Taiwan. “The ASEAN community must push for the restoration of civilian government and the conducting of observer-monitored, unfettered elections,” writes Brian Wong.
Daniel Tsang—SOPA Images/LightRocket/Getty Images

On Feb.1, the military of Myanmar (known as the Tatmadaw) launched a coup d’état against the civilian government led by the National League for Democracy (NLD). Large-scale protests, civilian-army altercations, and a state-driven crackdown have since led to some of the worst violence the region has borne witness to over the past decade.

Members of the Association of Southeast Asian Nations (ASEAN)—Malaysia and Indonesia among the most vocal of them—have come out in opposition to the coup. This is a helpful step in what could hopefully be a reset for both Myanmar’s internal politics and foreign relations; it could also set a template for the international community’s concerted application of critical pressure on the Tatmadaw. Yet hope is one thing; realistic politics are another. ASEAN states themselves confront a difficult balancing act—one in which they must prudently engage with the Tatmadaw, the better to maintain leverage to prevent an authoritarian backslide.

On one hand, ASEAN states need to engage and maintain continued conversations with the military. Extracting immediate concessions, such as the release of all or most political prisoners or the halting of egregious violence, is impossible without at least some functional communication channels. Should ASEAN countries sever all political and economic ties with Myanmar—as some critics have insisted—such drastic moves would only serve to further propel the country into the hands of Russia and other regionally interested actors.

More practically, mediation requires a modicum of trust and goodwill, which are—even under peacetime—somewhat strained between Myanmar and the rest of ASEAN. At times like these, it is imperative that Burmese generals believe that they have something to lose in their relations with ASEAN. This would not be the case if ASEAN opted to de-link from the country and wipe out its leverage over Myanmar in the first place.

Secondly, crises in Myanmar have grave implications for its neighbors. The Rohingya crisis, for one, led to the exodus of hundreds of thousands of citizens from Myanmar’s Rakhine state into neighboring Bangladesh. Coordination between those two nations over the repatriation and settlement of refugees is nigh-impossible without the maintenance of at least some degree of communication. Similarly, the insurgency in Kachin state has substantial ramifications for China, as well as broader regional stability in the Indochina region. While the Tatmadaw are by no means a legitimate government, it behooves ASEAN states to formally or informally engage them, in pressuring them to arrive at a functional modus operandi.

In all of these issues, ASEAN corporations and conglomerates have a critical role to play, as well. Singapore and Thailand remain substantial trading and investment partners in Myanmar, with sizable presences of both personnel and capital in the country. Disengagement would not only undermine the interests of local business operations, but also substantially heighten uncertainty for the firms’ prospective performance at large. Corporations must draw upon and highlight the potential profits they can bring to Myanmar in general, and the army in particular—under more stable, democratic political conditions—as a critical bargaining chip. An unstable and untenable Burmese government is in no one’s economic interest.

Yet ASEAN economies must also confront the consequences of seeming too accommodating or concessionary. The Indonesian foreign ministry had previously declared its stance in favor of the junta’s holding ostensibly “free” elections—only to subsequently backtrack upon the substantial backlash it received. The criticism here from local activists and human rights organizations in Myanmar was that by engaging with Myanmar as if its current government were legitimate, ASEAN states would inadvertently affirm its legitimacy, and lend credibility to the unjustly established coup regime.

One could quibble over such characterizations—after all, it is unlikely that the military in Myanmar banks on foreign approval or endorsement of its stances. There may also be grounds to think that were ASEAN states not to press for open elections in the country, no such elections would ever emerge. Yet irrespective of the merits and demerits, ASEAN states must pay heed to the voices on the ground in Myanmar—especially those in the anti-coup movement.

Aimless talks, empty calls for dialogue, and vacuous condemnation would do very little for Myanmar’s people. ASEAN states have come under substantial heat for engaging in precisely such platitudes. They must also be wary of engaging in tokenistic, asymmetric conversations that serve as stalling tactics for the junta. All in all, ASEAN countries have a fine line to tread, and it is all the more important that they do so with flexibility and caution.

So what can those nations do?

For starters, ASEAN states must engage with both the Tatmadaw and the unofficial cabinet of the Committee Representing Pyidaungsu Hluttaw (CRPH)—a makeshift coalition of elected members of the Parliament led by the NLD. With the former, ASEAN states must stand firm on critical issues that should transcend political divides—including the immediate cessation of violence and the release of political prisoners, Aung San Suu Kyi among them.

To the CRPH, ASEAN states must provide more than merely lip service—material aid, monetary support, media platforms, and political backing would be crucial. Obviously, recognizing the latter would inevitably ruffle the feathers of the Tatmadaw. Yet if ASEAN states and their leaders had the guts to stand up in unison in ensuring that the Tatmadaw’s transgressions cannot be free of consequences, then such ruffling is more than worth it.

Furthermore, powerful actors in the ASEAN community must push for the restoration of civilian government and the conducting of observer-monitored, unfettered elections within a determined period of time. Corporations and conglomerates do wield substantial power to influence individuals in the Tatmadaw—through threatening sanctions and obstructionism to economic activities, and promising investment and economic aid on the flip side. It is high time they exercised such power, to discharge the corporate social responsibilities that they have gone to painstaking lengths in articulating.

Fundamentally, ASEAN states can and should make a difference in Myanmar. The people of Myanmar need our help. The future of Myanmar is hanging by a thread, and it behooves all parties with the capacity to act, to act. Disengagement and withdrawal may be politically expedient—but they are the opposite of constructive action.

Brian Wong is the founding editor-in-chief of the Oxford Political Review, and a Rhodes Scholar from Hong Kong.