Dear Pandemic: A braintrust of female scientists is answering your every COVID question 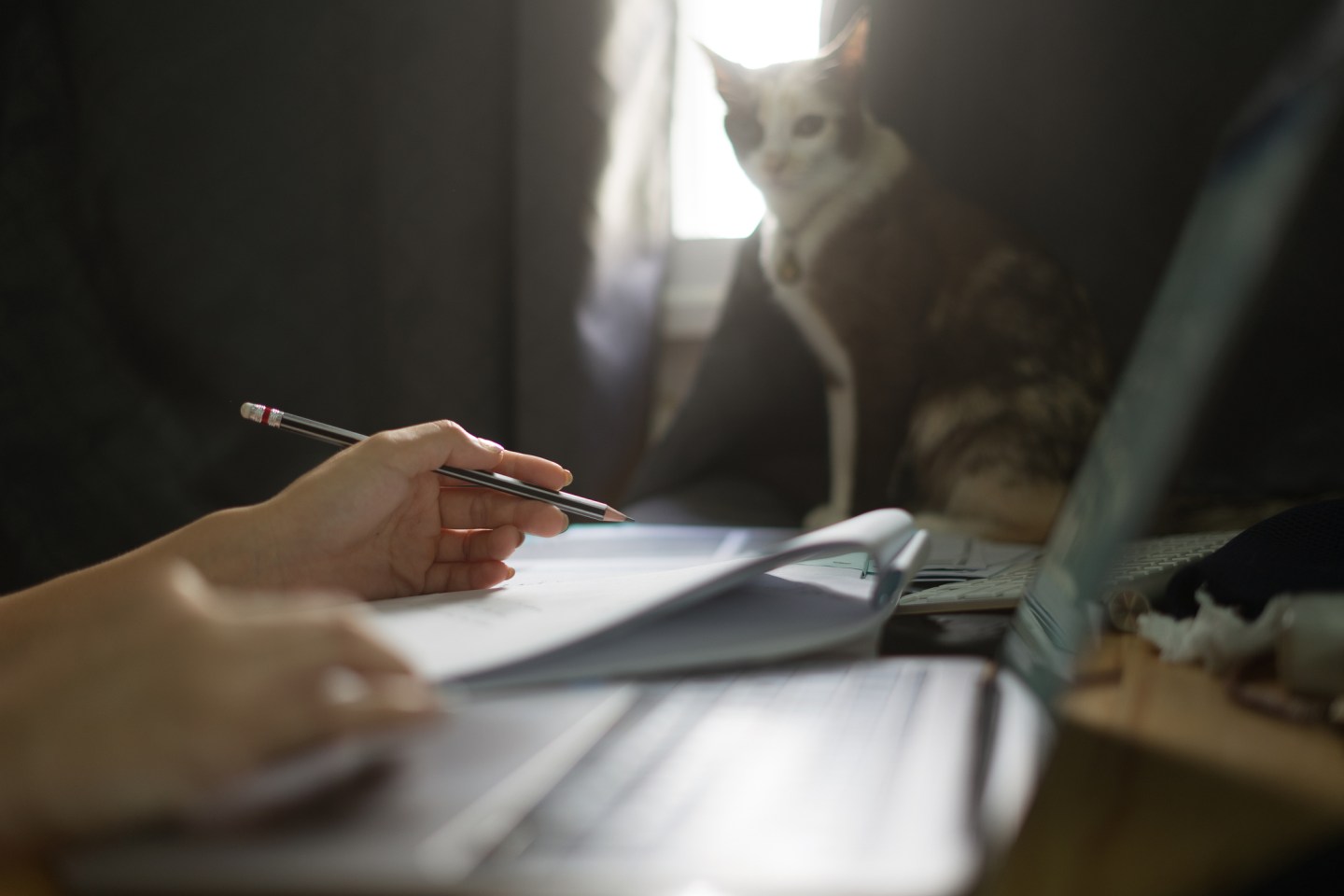 Twenty-five female scientists, clinicians, and scholars are behind Dear Pandemic, a catchall for your COVID questions.
Getty Images

Good morning, Broadsheet readers! Mary Dillon is stepping down as CEO of Ulta, the pandemic has cost women access to birth control, and a group of female scientists are here for your COVID questions. Have a relaxing weekend!

– ‘Those Nerdy Girls.’ There was a high-profile discussion about women helping other women yesterday (more on that below), but I want to highlight another instance that might’ve flown under the radar.

National Geographic has a downright delightful profile of Dear Pandemic, a group of female scientists, clinicians, and scholars—“Those Nerdy Girls,” as they call themselves—who are using their website and social media channels to answer questions about all things COVID-19.

The project was started a year ago by University of Wisconsin-Madison associate scientist Malia Jones, University of Pennsylvania associate professor Alison Buttenheim, and post-doctoral fellow Ashley Ritter, also at UPenn, who wanted to reach more people with the COVID-related information they were sharing with family and friends. Now, there are 25 Nerdy Girls behind Dear Pandemic, which has 75,000 Facebook followers (plus nearly 5,000 on a new Spanish-language page) and 800 searchable posts on its website. Dear Pandemic’s contributors sift through roughly 250 questions per week, identifying themes, and answering the queries that are the most timely.

This too is an instance of women helping women. As National Geographic reports, most of Dear Pandemic’s followers are women—women are often their family’s information seekers, sociologist Marianne Cooper told NatGeo—and Dear Pandemic sources its practical answers from its roster of female contributors. But the connection is mutually beneficial, since Dear Pandemic has become a way to elevate the profiles of women experts who are too often excluded from COVID-19 coverage. The website’s ‘in the news‘ page is now a running list of The Nerdy Girls’ media appearances.

Dear Pandemic’s recent posts reflect the shift in the pandemic narrative—”Which vaccine is best?” and “If I have the opportunity to get the vaccine but it’s not my turn, should I take it?“—but Ritter says no matter where the crisis goes from here, “maintaining [a] trusted nexus of scientists will be necessary. We aren’t going anywhere.”

- Dillon departs. Ulta CEO Mary Dillon announced yesterday that she's stepping down from her post in June. During her eight years as chief executive, she transformed the cosmetics, skincare and haircare chain into a retail behemoth with leading e-commerce and an assortment of products that spans from the low end to the high end, as Fortune's Phil Wahba reports. Ulta president Dave Kimbell will succeed Dillon, meaning her exit will thin the ranks of female Fortune 500 CEOs. Fortune

- Unintended baby boom. A new report from the United Nations Population Fund found that globally nearly 12 million women lost access to birth control because of the pandemic, leading to 1.4 million "unintended pregnancies" over the past year. Axios

- Banking withdrawal. Yet another place the pandemic has set women back: British banks. New data shows that the number of women at the U.K.’s five biggest lenders shrank 3% last year, while their male counterparts saw a decline of 2.1%. Bloomberg

-Don't shoot. Obama Foundation president Valerie Jarrett and Melissa Bean, a former Democratic representative from Illinois who currently works with the Giffords Law Center, were among those who participated in a recent Fortune forum on gun violence. Both urged business leaders to take a stand and get involved in gun safety. Fortune

MOVERS AND SHAKERS: Icertis is adding Penny Pritzker, founder and Chairman of PSP Partners and former U.S. Secretary of Commerce, and Karyn Smith, general counsel at Twilio, to its board. Element has appointed Vasu Jakkal, corporate VP of Security, Compliance and Identity Marketing at Microsoft, to its board.

- Next in line. With New York Gov. Andrew Cuomo fighting for his political life amid a pair of sexual harassment and COVID scandals, it's a good time to get to know Lieutenant Governor Kathy Hochul. If Cuomo were to step down or be forced out, she would become the state's first female governor. New York Magazine

- A year later. On the one-year anniversary of Harvey Weinstein’s 23-year sentencing for sexual assault and third-degree rape, women who were victimized by the disgraced mogul reflect on trauma and the legal mess he leaves behind. Variety

- Wellness warriors. Marie Claire has an interesting rundown of the women shaping the "wellness" world right now. The list is intended to "celebrate the ones giving relief to our spirits—the reproductive justice warriors, end-of-life planners, mutual aid facilitators, and more, dedicated to making 2021 less stressful and healthier for all Americans." Marie Claire

Is this the end of the girl boss? Elle

What Kamala Harris could do for voting rights The Atlantic

-Citigroup CEO Jane Fraser on the idea that women in positions of power don't help other women.