Will the Olsen twins’ fashion label survive the pandemic? 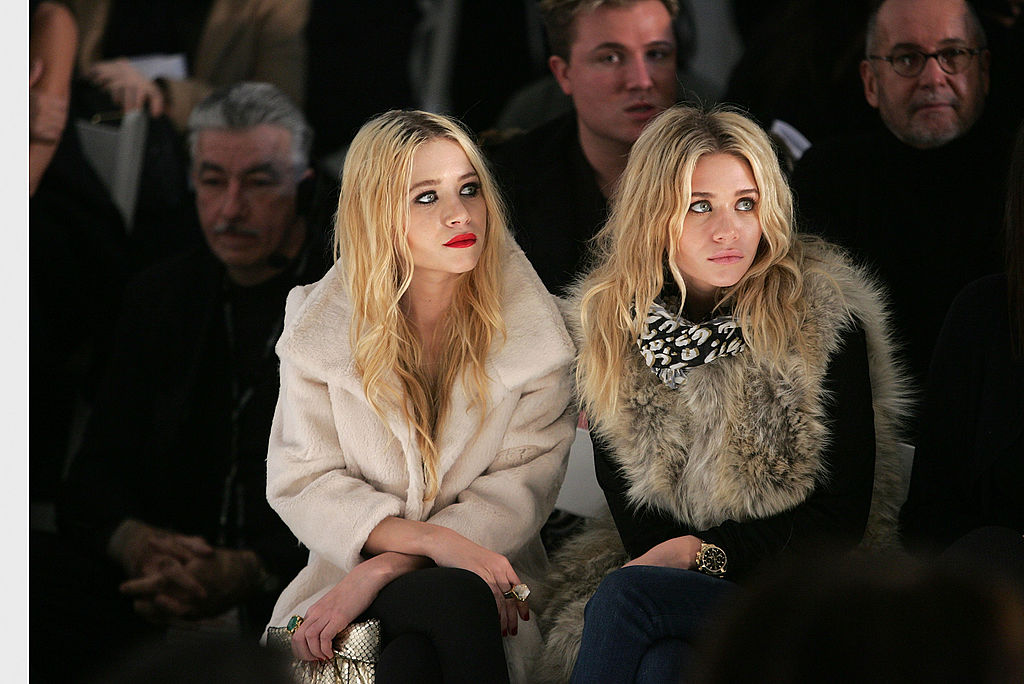 – Twinning. What will fashion look like in a post-COVID world? We’re all living in sweats and slippers now—and, at least in my case, getting very used to the elastic-waistband lifestyle—but it’s impossible to imagine that we won’t someday return to the world of workwear.

This deep-dive from The Cut asks what our sartorial future will mean for The Row, the fashion line founded by Mary-Kate and Ashley Olsen. If you’re not familiar with label, here’s how the former fashion director of Barneys describes it: “If you’re a super-wealthy woman in New York? The way we go to Uniqlo — they go to The Row.”

I personally am not in the market for $1,000 sweaters, but I do have a fascination with the Olsen sisters. From their star turn on Full House to their tween empire of straight-to-VHS movies to their days as tabloid fodder NYU students, they’ve been famous and commodified their entire lives. Yes, they’re very rich and very privileged. But we’ve seen what so often happens to child stars, and I doubt many celeb-watchers would have guessed that the sisters would grow into the founders of a respected, multi CFDA-winning fashion line (and especially one that doesn’t put their celebrity front-and-center).

So, will The Row survive the pandemic? There are plenty of reasons to suggest the line might falter—Barneys, its largest vendor, going under; layoffs; a notably white staff; and questions about whether its very subdued aesthetic (“It is chic in the excellent, unfaultably appropriate way that reminds you that true chic may be the apotheosis of boring”) will jibe with the mood of a populace finally out of lockdown and ready to let loose. Yet, reflecting on what the Olsens have accomplished so far (they’re now all of 34!), I wouldn’t bet against them.

- Confirmation station. Rhode Island Gov. Gina Raimondo was confirmed as President Biden's commerce secretary yesterday. One of her top priorities when she takes office will be processing the 2020 census, which falls under the purview of the department. Meanwhile, the Biden administration is withdrawing the nomination of Neera Tanden for head of the Office of Management and Budget after Senate Republicans and a key Democrat opposed her confirmation due, in part, to Tanden's past social media comments.

- Vaccine, vaccine 🎵. Don't worry: Dolly Parton got her COVID vaccine. The legendary singer-songwriter, who helped fund the development of the Moderna vaccine (and declined to receive it earlier for fear she'd seem to be jumping the line), joked that she got a "dose of her own medicine," administered by her friend, Dr. Naji Abumrad. NBC News

- Rich debate. Sen. Elizabeth Warren reintroduced legislation this week that would create a wealth tax on the richest Americans. The proposal, which was a central piece of her presidential campaign, would apply a 2% tax to individual net worth above $50 million. Rep. Pramila Jayapal is a cosponsor in the House. New York Times

- Pay up. The European Commission is planning to roll out a proposal to enforce rules on the gender pay gap, allowing employees to seek pay information from their employers; banning businesses from asking candidates about salary history; and requiring companies to inform interviewees of salary expectations. Ursula von der Leyen, president of the commission, said when she began the job that such rules were a top priority for her. Politico

MOVERS AND SHAKERS: Ann Hebert, a 25-year Nike vet, resigned as VP and GM of Nike North America following a report about her son's business as a sneaker reseller, for which he used a credit card in her name. Activision Blizzard hired MacAndrews & Forbes' Frances Townsend as EVP for corporate affairs. Agency DiMassimo Goldstein hired Deutsch LA's Tina Teodorescu as CFO and promoted group account director Morgan Kelly to president and design director Claudia Mark to head of design and creative director.

- Cuomo's colleagues. Sen. Kirsten Gillibrand, who represents New York, responded to the allegations of sexual harassment against her state's governor, Andrew Cuomo. "The women who have come forward have shown tremendous courage," she said in a statement. She hasn't called for Cuomo to resign, but reiterated her support for an independent investigation. The Hill

- Not a novelty. Jean Hynes will soon become the CEO of Wellington Management, the firm with $1 trillion in assets under management. In a new interview, she says she expects that the "novelty" of female CEOs will soon wear off as more women are elevated to these roles. Bloomberg

- Faulty pills. Last year, Chile's public health care system provided, and then recalled, more than 270,000 packets of defective birth control pills. One hundred and forty women now believe they became pregnant while taking the oral contraceptives. "We’ve never seen such a systemic failure, that lasted as long as the case in Chile, with such severe consequences,” said Paula Ávila-Guillén, executive director of Women’s Equality Center. The pills' manufacturer says the problem was packaging, not the pills. New York Times

"Waking up every day to see her so happy to see me—it’s a feeling I never thought I would experience."

-Serena Williams on her relationship with her 3-year-old daughter, Olympia. The mother-daughter pair star in a new ad campaign for Stuart Weitzman.