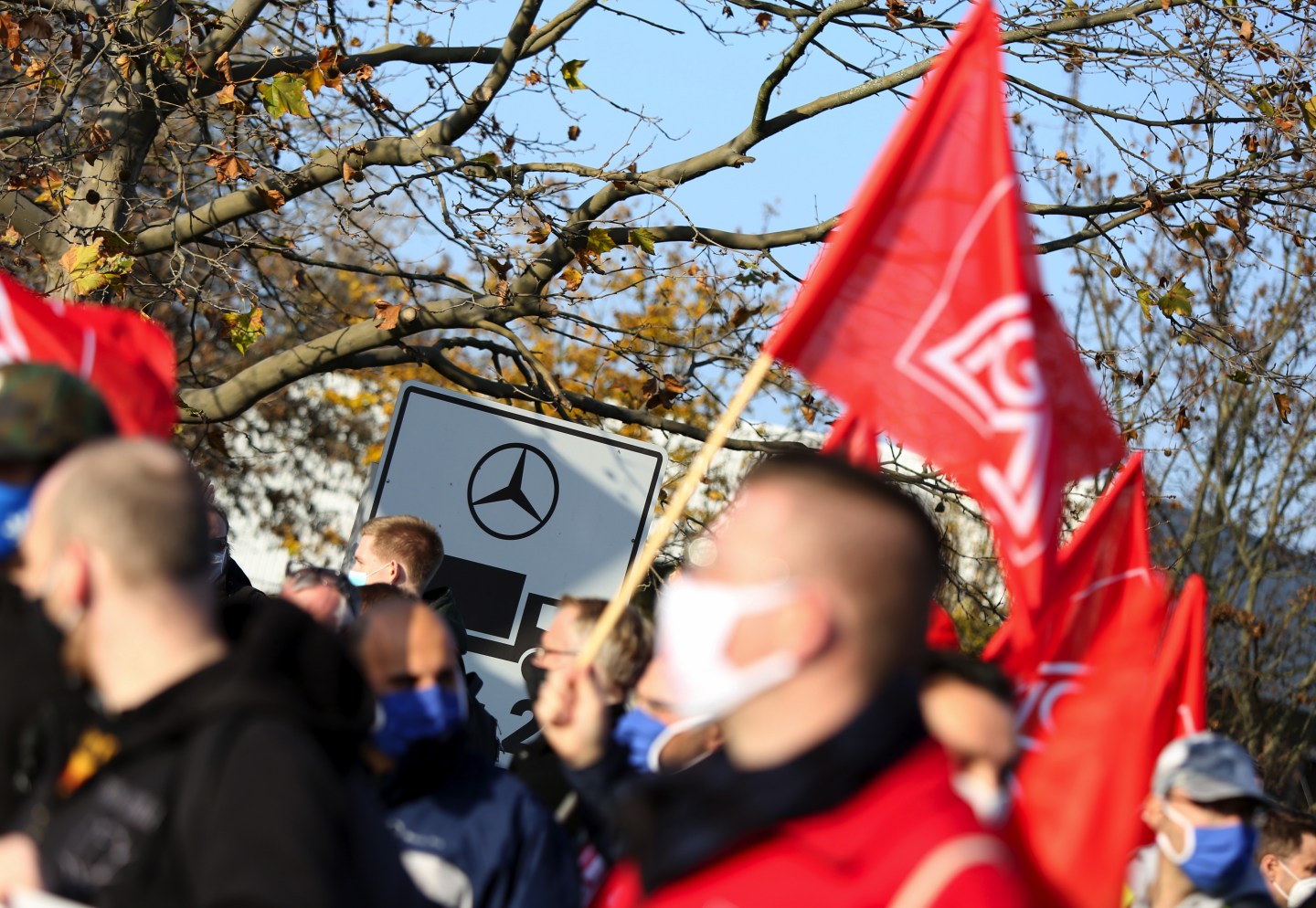 President Biden embraced a pro-labor stance during his campaign. He has underlined his ambition to support workers’ interests by nominating as his future labor secretary Boston Mayor Marty Walsh, who was strongly backed by the AFL-CIO and major labor unions. While there should be no disagreements with the goal of improving the situation of the labor force in the United States, there could be some merit in taking a closer look at possible side effects.

While Sen. Elizabeth Warren (D-Mass.) was campaigning, she talked about “accountable capitalism” and suggested emulating a system of codetermination in corporations like the one in Germany, where the workforce is mandated to have nearly 50% of the directors’ seats.

The Biden administration should review such a shift carefully, however, because Germany’s broken corporate governance culture serves as a cautionary tale. While it is frequently lauded for taking a more inclusionary approach based on stakeholders, these public accolades often ignore the very real damage this does to shareholders, a problem that has become the subject of an increasingly public debate within Germany.

Anyone doing business in Germany will tell you that a heavy focus on stakeholder interest is a distraction that can negatively impact the viability of a company. It is no coincidence that Germany’s former emerald industries, such as steel and energy, have declined in influence. Moreover, thriving new economy and tech companies just don’t come from Germany. Investors are going elsewhere to find a more supportive business environment.

President Biden in his campaign called for “an end to the era of shareholder capitalism.” Instead, he endorsed a model of stakeholder capitalism, where corporate boards pursue policies that benefit the environment, local communities, and employees in addition to shareholders. Now don’t get me wrong: I am all for social responsibility. But focusing on stakeholders instead of shareholders doesn’t really help the causes it purports to aid.

A Harvard Law School paper published by professors Lucian Bebchuk and Roberto Tallarita warned of the consequences and showed that such stakeholderism would impose substantial costs both on stakeholders and society. It would also hurt the owners—namely the investors.

This is exactly the result we see in Germany. Only 16% of Germans own equity-based investments, and only 7% directly own stocks; in the U.S., in contrast, 55% of people own stocks (either directly or through instruments like mutual funds). If the United States goes the route of eradicating shareholder primacy, you will see a significant decline in stock investing, thus drying up a much-needed source of capital for U.S. businesses. If creating value for shareholders is low priority, who would want to invest in such companies?

There is another strong point for staying away from the new stakeholder paradigm: Decisions which fundamentally change the purpose of a corporation should clearly be up to its owners, not management. If CEOs become unaccountable to shareholders anymore, will they then blame poor performance on the needs of the community or on other non–market-related demands?

Germany has produced many recent corporate scandals, and weak accountability to investors played a major role. The Volkswagen emissions fraud comes to mind, as well as the recent Wirecard bankruptcy. In both, management staunchly ignored the interests of the shareholders. They committed massive fraud against customers and investors, leading to arrest warrants and jail time for the involved CEOs and other accomplices within leadership. Where were the unions?

The Business Roundtable, an organization of top CEOs in America, has embraced the stakeholder view and jettisoned their former corporate purpose of working primarily for investors. This is an unhealthy development.

Corporations do best when they focus on shareholder interests. If they start acting like social entities, they might as well become NGOs. For-profit entities need to operate for profit and pursue goals set by ownership.

Protecting employees, consumers, or the environment should be the government’s job. If you start mixing these responsibilities, you will not get good results for either group.

It would behoove the Biden administration to promote laws that protect workers, such as requiring a living wage, paid vacation, and mandated sick leave—as in Germany.

Codetermination is not the solution. Giving too much influence to employee representatives negatively impacts the viability of a corporation. In the case of management salaries and bonuses, German unions have often sided with the board and let exaggerated payouts pass through. For unions, supporting excessive executive pay is a bargaining chip to have their own demands met, such as higher wages and other worker benefits.

Giving nonowners of the corporation so much influence on business-critical decisions blurs institutional integrity and is a slippery slope. Germany should not be America’s shining example.

Robert Peres, who has lived in the U.S. and Germany, is chairman of the German nonprofit consumer organization Initiative Minority Shareholders. He is an attorney and class action expert who specializes in government relations and litigation communications. Twitter: @robperes.