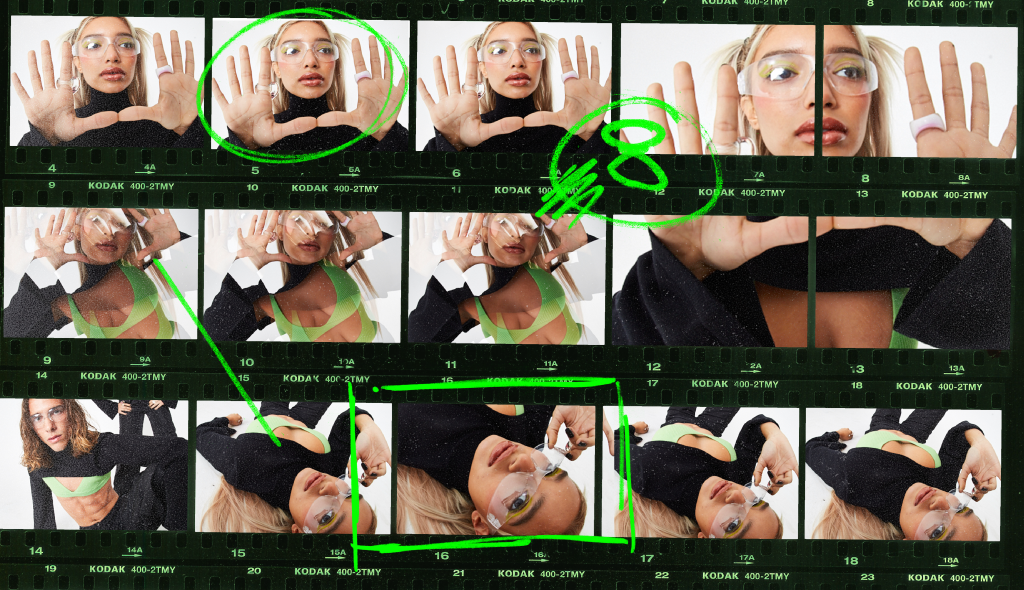 Designers and buyers are out. Artificial intelligence and big data are in.
Courtesy of Finesse

Designers and buyers traditionally make the decisions in the fashion industry, but a new fashion house is upending that business model by using artificial intelligence and big data to dictate everything from the design of a dress to how many should be manufactured.

“Fashion nowadays creates thousands of pieces every month. We created this because we want fashion to be more sustainable,” Ramin Ahmari, founder and chief executive of Finesse, tells Fortune.

The technology-fueled fashion brand closed a $4.5 million seed round in January. Finesse currently lists eight limited-edition drops on its website, ranging from street wear to dresses that were carefully chosen by analyzing data, including everything from social media trends to customer votes, to deliver the products that are most likely to be a hit.

“[Fast fashion] has a spray-paint approach of, ‘Let’s see what sticks,’” Ahmari says. “This is a big thorn in my eye. We will never have 50,000 styles on our site. We will only have the stuff that sells.”

Ramin Ahmari, founder and CEO at Finesse
Courtesy of Finesse

Ahmari wants there to be something for everyone at Finesse, particularly when it comes to serving BIPOC customers. As a queer, nonbinary person of color growing up in a small village in Germany, Ahmari, who uses he/him pronouns, used fashion as both a form of expression and a way to fit in.

“Fashion has not only been inefficient but unrepresentative of people like me,” Ahmari says. “When you listen to data objectively, you see representation is something people want. It comes full circle.”

Ahmari started his career on Wall Street, where he had summer internships at Morgan Stanley, BlackRock, and TwoSigma, a quantitative hedge fund, where he explored his love of data analysis.

“We would look at all of this financial data and were able to make multimillion-dollar decisions,” Ahmari says. “But we don’t look at social data in the same way, even though it’s quite expressive and can tell us the approach and what kinds of items are worth the investment.”

Ahmari used that belief to launch Finesse, where his team digs into quantitative research, but also textual data left in a comment.

“We look at anything from traditional social media to online blogs to Google trends. It’s pattern matching. There is unstructured social data we try to make sense of,” Ahmari says. “Think about it at a very high level. Let’s say someone says, ‘I love this dress,’ and there are 30,000 comments, and people ask where to get it. Oftentimes, pieces are vintage or limited or superexpensive, [and] people can’t afford them. And so we take inspiration for those, and we go into production on that.”

How technology is streamlining fashion

Fashion brands will often go through many rounds of samples, making amendments until designers are ready to go to market with a new style. It’s a time-consuming and expensive process that also produces waste.

Finesse is fully digitizing the process to remove those pain points. The company only uses 3D virtual prototyping to perfect its designs, speeding up the process and bypassing the need for physical samples that would otherwise end up being burned, recycled, or sent to the landfill.

“We have our data. It tells us the pieces we want to produce, and we immediately have that translated into a 3D design. We create a hyperrealistic garment, and then we do revisions on that piece,” Ahmari says. “Through it all, we never produce a physical garment.”

Finesse then uses its data to predict how many of an item it should manufacture. As the company continues to gather more data and make more sales, the A.I. driving that decision will only get better, Ahmari says.

Finesse is leveraging A.I. and big data ideally to help fashion houses survive at a time when retail is so challenged.
Courtesy of Finesse

It’s a step that the fashion industry historically doesn’t get right as much as it would like. Manufacturing typically focuses on limited-edition releases of coveted items, or fast-fashion dumps that lead to overstock.

“At the rate we consume fashion, we buy clothes to throw away,” Rhonda Hill, founder of EDGE Fashion Intelligence, tells Fortune. “Today’s fashion industry is plagued by overconsumption, all driven by speed and disposability—fast fashion.”

In some cases, offloading overstock involves sending items to factory stores. In other instances, for luxury brands, it could lead to burning millions of dollars of items.

“It’s so cheap to guess and not have to worry, because there aren’t a lot of regulations around waste,” says Jessica Graves, founder and chief data officer at fashion consultancy Sefleuria.

In July 2018, Burberry set fire to millions of dollars’ worth of excess bags, clothes, and perfume to prevent the merchandise from being stolen or sold on the secondary market at a bargain price. While the move was meant to protect the value of the British fashion house’s brand and prevent counterfeits, the revelation spotlighted the problem of waste in the fashion industry.

“Burberry has careful processes in place to minimize the amount of excess stock we produce. On the occasions when disposal of products is necessary, we do so in a responsible manner, and we continue to seek ways to reduce and revalue our waste,” a spokesperson for the company told the BBC at the time.

Finesse is using 3D design to predict trends and manufacture only what it needs.
Courtesy of Finesse

Graves says the approach Finesse is taking is “an overwhelming manufacturing trend that has been a long time coming.” The Adidas Speedfactory is one example of a large apparel company using technology and data to create special footwear merchandise drops geared toward a niche audience.

“Instead of trying to serve the majority, you can serve lots and lots of subcultures in smaller volumes, and you don’t have to guess as hard,” Graves says. “People have been trying to pull that off for years.”

While Ahmari says Finesse will work on dropping one new item per week, he envisions a future where they will have synergies among independent, fast-fashion, and luxury brands that take advantage of the efficiencies Finesse taps into as a digitized company.

“We see ourselves as Netflix meets Zara,” Ahmari says. “Similar to Netflix, when you go on our site, you see only the drops we know you’ll like. You’ll never sift through 50,000 articles of clothing to find the one you like.”