What the ‘Hong Kong Narrative’ gets wrong 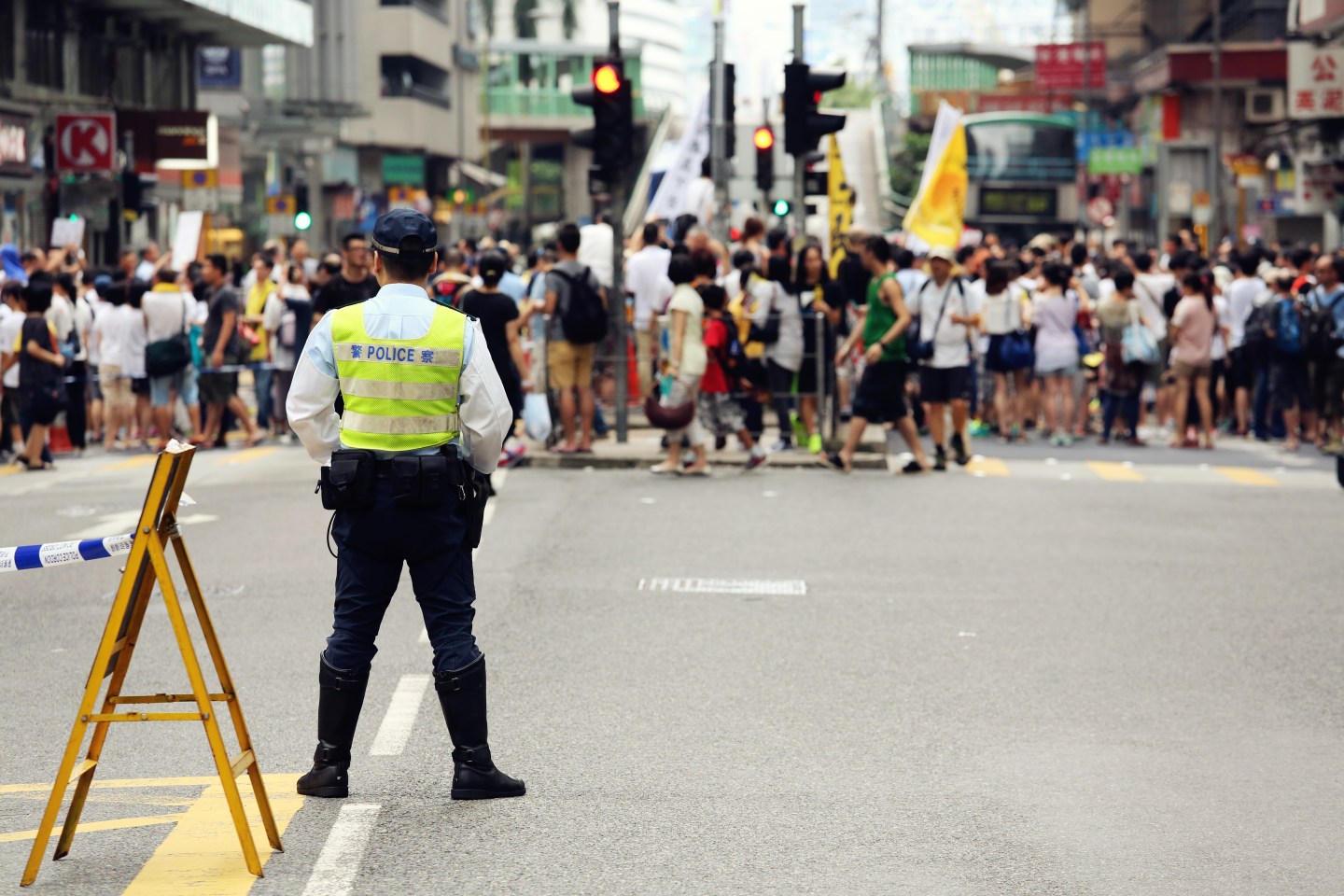 Hong Kong has been my home for 50 years—27 years under British rule and more than 23 as a part of China’s One Country/Two Systems government.

Clearly the city has lost some of its mojo recently—due partly to the 2019–20 riots and partly to the downturn in business and social life amid COVID-19. Despite this, Hong Kong remains one of the best places in the world to live, certainly in terms of personal safety and its response to COVID.

Why, then, do overseas friends keep asking whether I feel safe, and: Isn’t it time to move out?

The answer: What I call the Hong Kong Narrative, promoted by too many in the West as part of the larger ideological battle with China. So often, media portrayals of Hong Kong paint a dystopian picture, unbalanced and at odds with reality. Unfortunately, Hong Kong is collateral damage in a larger geopolitical struggle.

In this particular Hong Kong Narrative, there is only one story—one in which brave young pro-democracy demonstrators have faced brutal attacks from Hong Kong police acting on China’s instruction. The narrative also claims that Hong Kong’s new National Security Law has removed our basic freedoms and will lead again to the often predicted “end of Hong Kong.”

Each of these claims becomes far more complicated under closer inspection, however. Let’s examine them:

During 150-plus years of British administration, Hong Kong was never a democracy. Governors were appointed without any local consultation, and residents never knew who, until they read their newspapers. I’m not denigrating these governors, many of whom helped the colony prosper—but they were not chosen by Hong Kong people.

That point is important, because the slogan “Give us back our Democracy,” widely used by protesters, is intended to mislead you into believing that China had removed democratic institutions that Hong Kong people had enjoyed in British times.

In fact, the first time we were given any say in the appointment of our chief executive (CE) was under the Hong Kong Basic Law—put in place by China, not Britain, in 1997.

The Basic Law provides that “the ultimate aim is the selection of the CE by universal suffrage upon nomination by a broadly representative nominating committee in accordance with democratic procedures.”

In 2014, the PRC tried to introduce universal suffrage to Hong Kong so that the election in 2022 would have been on the basis one man, one vote. To be sure, suffrage would have come with some constraints, as it does in many places. Most notably, voters would have been choosing among CE candidates selected by a 2,500-strong Nomination Committee, composed of businessmen, industrialists, trade unionists, lawyers, accountants, doctors, religious leaders, elected legislators, and Hong Kong members of the Chinese National People’s Congress. Still, instead of being welcomed as a move along the road to democracy, this proposal was rejected by the self-styled “pro-democracy” camp, who feared that a broadly representative nominating committee might not have chosen candidates acceptable to them.

Because I support democracy and the real opportunity Hong Kong was offered to move progressively along that road, I resent the way the rejectionists have given themselves the description pro-democracy.

Since then, far too many of these activists beloved in some Western observers’ Hong Kong Narrative have displayed none of the characteristics you would expect from supporters of democracy—tolerance, respect for individuals, a willingness to listen to the views of others and to compromise in order find an acceptable solution.

There are countless examples where ordinary bystanders who argued with them were violently attacked by groups of masked, black-clad pro-democracy demonstrators. A worker was doused in petrol and set on fire by the black-shirts, suffering terrible injuries; a 70-year-old man clearing a road was killed by masonry thrown by demonstrators. Their leadership has refused to condemn these attacks, nor have they urged that those guilty of this inhuman behavior be brought to justice.

For a significant cohort of the protesters, the more accurate label would be “anti-China activists.” The one thing that seems to unite them is not a love of democracy, but a hatred of China—evidenced in their firebombing of PRC-“owned” or China-supporting enterprises, their physical attacks on mainland Chinese tourists, their desecration of the Chinese flag, and the virulent anti-China slogans they have spray-painted in Hong Kong.

Hong Kong has been fortunate that riot police have rarely been called into action, and therefore the public have had little experience of the modus operandi of riot police around the world. Seeing the American police reaction to the Black Lives Matter protests puts events in Hong Kong into proper perspective: Hong Kong police have deployed less force, despite provocations of greater violence. Despite nightly firebomb attacks on Hong Kong policemen, no deaths and few injuries have been verifiably linked to the police.

A basic principle of the Hong Kong Narrative is that all bad things have their origins in China. When Hong Kong’s Extradition Law, which would have allowed people suspected of serious criminal offenses to be extradited to Macao, Taiwan, or the PRC, was first proposed in 2019, it was stated as a fact by pro-democracy activists that the proposal was a requirement from Xi Jinping, and that it was a mechanism to enable activists to be sent to jail in China. In fact, “political” offenses were specifically excluded from the Extradition Law. Only later was it accepted that this law was an initiative from Hong Kong Chief Executive Carrie Lam, designed in part to allow a Hong Kong man who has admitted that he killed his Hong Kong girlfriend in Taiwan to be sent back there for trial.

The use of tear gas has been blamed on “mainland” Chinese leadership, whereas the officer who made the decision to deploy it was in fact a British policeman who had joined the Hong Kong police in colonial times and risen through the ranks.

A fact seldom commented upon in the most extreme versions of the Hong Kong Narrative is that if the “pro-democracy” activists had not so clearly targeted mainland citizens and PRC institutions, and had not sought deliberately to provoke the leadership, the PRC might have been content to leave the Hong Kong security legislation unchanged.

Deng Xiaoping said only two things were off-limits post-1997: promoting independence for Hong Kong, or using Hong Kong as a base to undermine the Central Government. Was that too much to ask of Hong Kong?  For many of the anti-China activists it seems it was, and we must now all face the consequences.

The new National Security Law is always described in the Hong Kong Narrative as “sweeping” and “draconian.” Critics who use these terms have clearly never read the British Official Secrets Act or the American Patriot Act.

The NSL is reasonably brief and easy to understand and (unlike the Patriot Act) is not retroactive. It spells out specific crimes that are prohibited, such as arson in public buildings and blocking transport systems. Sedition remains an offense—as it was in British times.

The NSL gives the central government a broader hand in the governance of Hong Kong. Still, Hong Kong enjoys more freedoms than most places in Asia, the Middle East, and elsewhere, and benefits from a high-quality and independent judiciary.

In sum: If your idea of Hong Kong is dominated by images of young idealists being oppressed by the state, you’re seeing the story through the distorted and very narrow lens of the Hong Kong Narrative.