What comes next: How leaders can cope with America’s ‘new normal’ 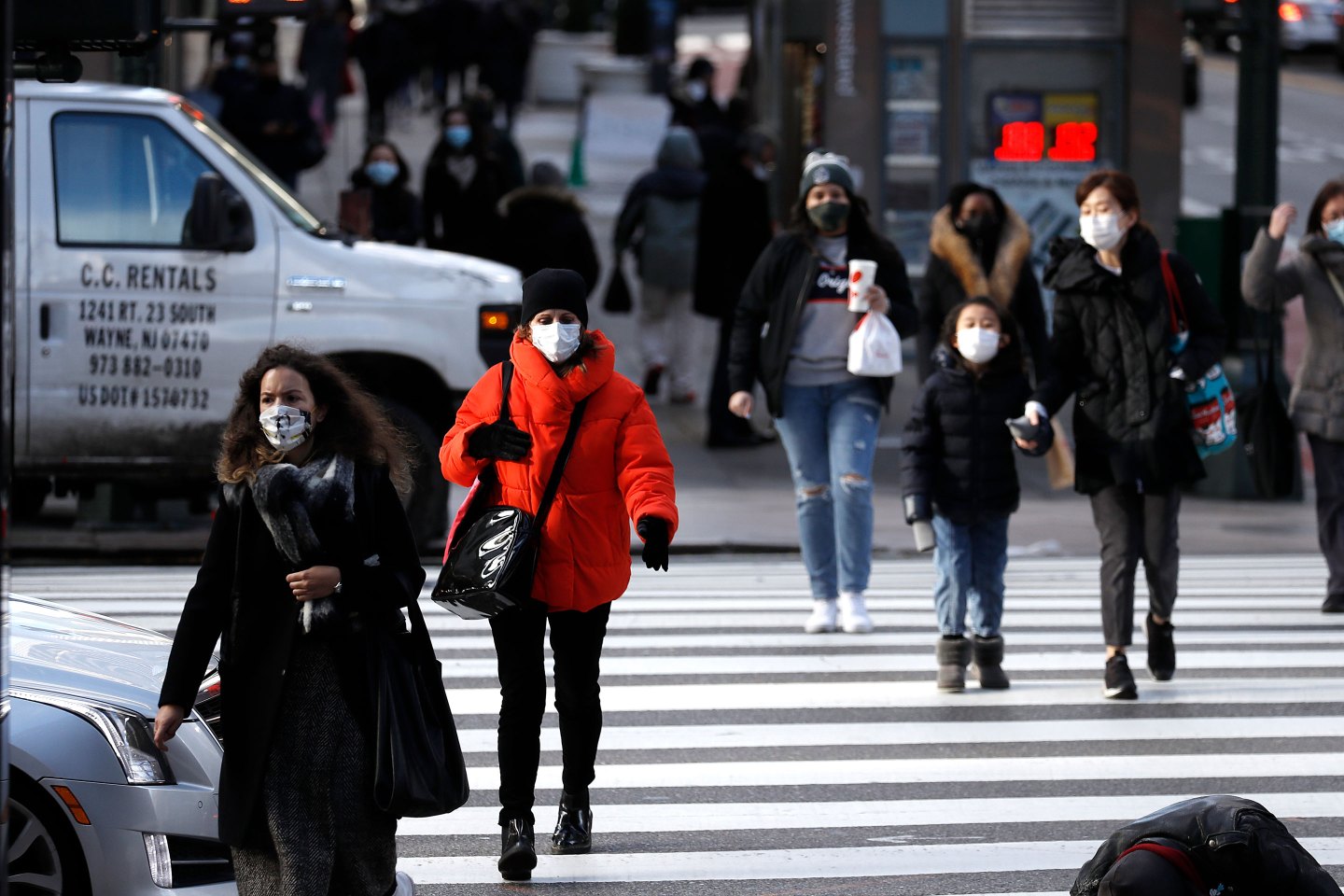 In a time where anxiety and optimism are neck and neck, here's what's ahead for business, the economy, and the fight against COVID-19.
John Lamparski—Getty Images

In Fortune‘s February/March 2021 issue, we explore “What Comes Next”: what’s ahead for business, for the economy, and for the battle against COVID-19. Read the four features that make up that package—on the economy, cybersecurity, banking, and America’s heartland.

You’ve heard the phrase roughly 10,000 times by now. There’s no doubt the expression has been popping up in your inbox regularly. It’s very likely, in fact, that you’ve said it yourself more than once: “The New Normal.”

Sure, it’s catchy and alliterative. And it taps into the sense of dislocation that we all feel after a year of uncommon upheaval, sacrifice, and, for many, forced isolation. But what, exactly, does it mean?

“There is this almost religious fervor with which we talk about the new normal,” says Amy Webb, the founder and CEO of the Future Today Institute, a management consulting firm. “And I’ve been curious for a while now: What is driving us to seek that out? And I don’t actually think the answer is that people want to know what the future is so they can plan for it. I think, instead, that desire to know the new normal is really our collective desire to have things stop changing so much.”

The psychological imperative to slow down and normalize the path forward is a perfectly understandable response to the jarring turbulence of the past year. Most disruptive of all, of course, has been the SARS-CoV-2 virus, which has already infected some 100 million people around the world and taken the lives of more than 2.1 million. The pandemic has exacted an enormous economic toll, but it has also accelerated the development of new technologies and transformed the dynamics of how we work and live, introducing variables that are hard to predict long term.

As much as we might like to hit “pause,” however, it’s not really an option. If anything, the need to understand what comes next—for business, the economy, and our collective battle against COVID-19—is more urgent than ever. And the key to understanding may lie in this insight: After the turmoil of the past 12 months, some things are now permanently New; some things are still Normal; and the challenge is to recognize and navigate between the two.

For a case in point, look no further than the election of President Joe Biden. He’s a lifelong centrist, a self-consciously traditional pol who might as well have “Normal” silk-screened on his hygienic face masks. But the fact that the Democrats now have narrow control of both houses of Congress for at least the next two years is undoubtedly New: It’s a power shift with ramifications for Wall Street, global trade, and our relationship with China. That it follows the most contentious election in contemporary times, marked by the outgoing President’s desperate attempt, through misinformation, to reverse the results of an election he lost definitively, only adds to our anxiety about this New moment.

The reboot in Washington is absolutely top of mind for Ian Bremmer’s clients. The founder and president of the Eurasia Group, a political risk consulting firm, says that every customer wants to know, “How different is Biden? How much can he govern? Is the U.S. actually facing some structural challenges that are deeper than we thought?”

Wall Street appears to be betting that life under Biden will be the best kind of Normal. From Election Day through Biden’s inauguration on Jan. 20, the S&P 500 rose 14.3%. In fact, the Biden boost was more than twice as strong as the Trump bump from four years ago, when the S&P rose 6.2% in the same span. For now, it seems the market is shrugging off any concerns about onerous new regulation or tax increases. Meanwhile, it almost appears as if the big banks are competing to issue the most bullish GDP forecast: JPMorgan Chase predicts the U.S. economy will grow 5.8% in 2021. Morgan Stanley sees 6.4%. And Goldman Sachs is forecasting 6.6%. That’s a lot of pent-up demand, a belief that consumers will get Normal with a vengeance.

Much of the confidence, of course, stems from the early rollout of highly effective vaccines—developed, in a New way, at record speed—to counter COVID-19. (For insight into Pfizer’s successful effort, in partnership with BioNTech, see “The Conversation” in this issue.) After a bumpy start, the vaccination distribution effort in the U.S. is picking up speed, even as the virus mutates and becomes more infectious. President Biden first announced a goal of distributing 100 million doses of vaccine in his first 100 days in office; by late January, he was pledging the U.S. would have enough doses for 300 million Americans by the end of summer.

In international relations, the New Normal may in fact resemble the Old Normal. The Biden administration will move quickly to smooth over ruffled relationships with key allies. A return to a less disruptive style of diplomacy in trade negotiations and the restoration of a globalist mindset in the White House add up to a predictability that business can embrace.

Still, there are stiff challenges ahead: The pandemic has only deepened and highlighted the problem of income inequality in the U.S. And it has further disrupted the ecosystem of business, as thousands of small enterprises have closed even as corporate behemoths, particularly the tech giants on which we’re increasingly dependent, have surged.

Technology has been our salvation as we’ve muddled our way through the pandemic. During lockdowns, it has allowed us to Zoom with colleagues, to binge-watch, to shop our looks online, and to socialize in isolation. But to many, this New doesn’t feel Normal. Regulators, elected officials of both parties, and consumers are getting a little uncomfortable with Big Tech’s heft and sway. In January, a Fortune and SurveyMonkey poll found that 64% of U.S. adults would like to see the federal government investigate at least one large tech company for antitrust violations. (Google and Facebook are already on the docket.)

Bremmer believes that the actions of the social media companies to “deplatform” President Trump in his final, dark days in office add an unexpected dynamic to the debate. In the eyes of Republicans, he says, tech regulation is now a partisan battle. “The tech companies are suddenly all in on the Democratic side, whether they like it or not,” says Bremmer. “I can’t remember a time when the most important companies in the U.S. economy were going to be in such a partisan battle with one political party.” It may not be Normal, but it’s definitely New.

A version of this article appears in the February/March 2021 issue of Fortune with the headline, “Coping with the new normal.”