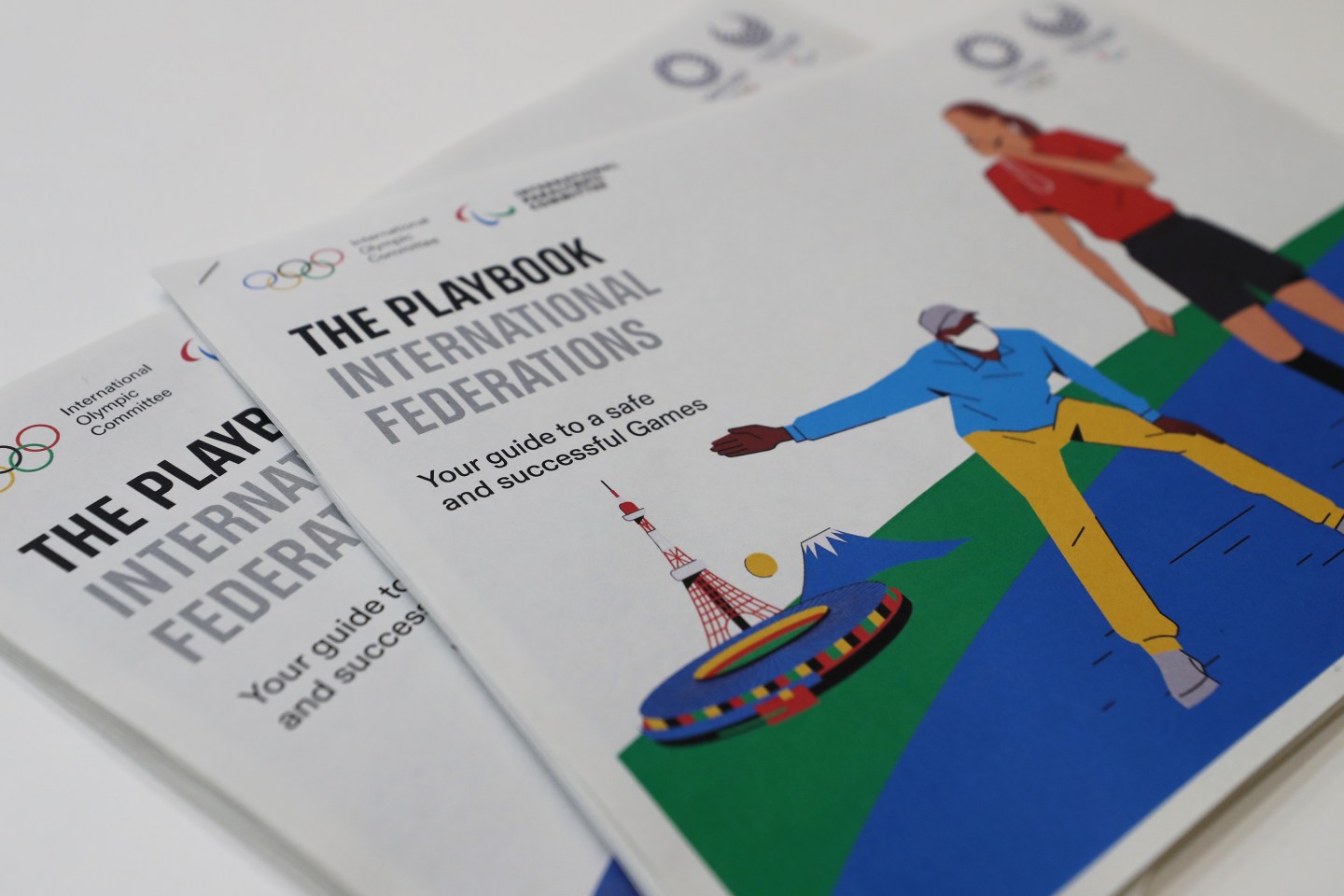 The International Olympic Committee and Japanese organizers have issued the first version of a guide to COVID safety for this summer’s Olympic Games in Tokyo.

After two months of silence, officials in Japan are now talking more about how they plan to protect athletes at this summer’s Olympic Games in Tokyo.

The International Olympic Committee and Japanese organizers have issued a 32-page “guide to a safe and successful Games” that they say will be updated as the opening day approaches and conditions evolve.

Athletes, coaches, and attendees won’t have to be vaccinated or quarantine upon their arrival. They will, however, have to test negative for COVID-19 within 72 hours of their departure for Japan, and they will be tested again upon arrival.

Participants are urged to not arrive in Japan more than five days before their events, and to stay in the Olympic Village rather than explore the city. Visitors, including athletes, will not be allowed on public transportation and will be prohibited from visiting bars, restaurants, and tourist locations.

Anyone who tests positive for coronavirus will be sent to a government-run isolation facility. People who do not comply with the protocols could be thrown out of the Games.

It’s still undetermined if spectators will be allowed at the Olympics or even permitted to travel to Tokyo. Should officials decide to permit visitors, they would be exempt from the country’s 14-day quarantine rule.

Should fans be allowed to watch the events in person, they’ll be encouraged only to clap, not sing or chant. Masks will be required at all times, with exceptions for eating, drinking, and sleeping.

The Summer Olympics were originally scheduled for 2020, but postponed because of the pandemic. They’re currently slated to begin on July 23, though there have been some reports (denied by Olympic officials) that the Games might have to be canceled again as the pandemic continues to rage and new mutations of the coronavirus are appearing around the world.