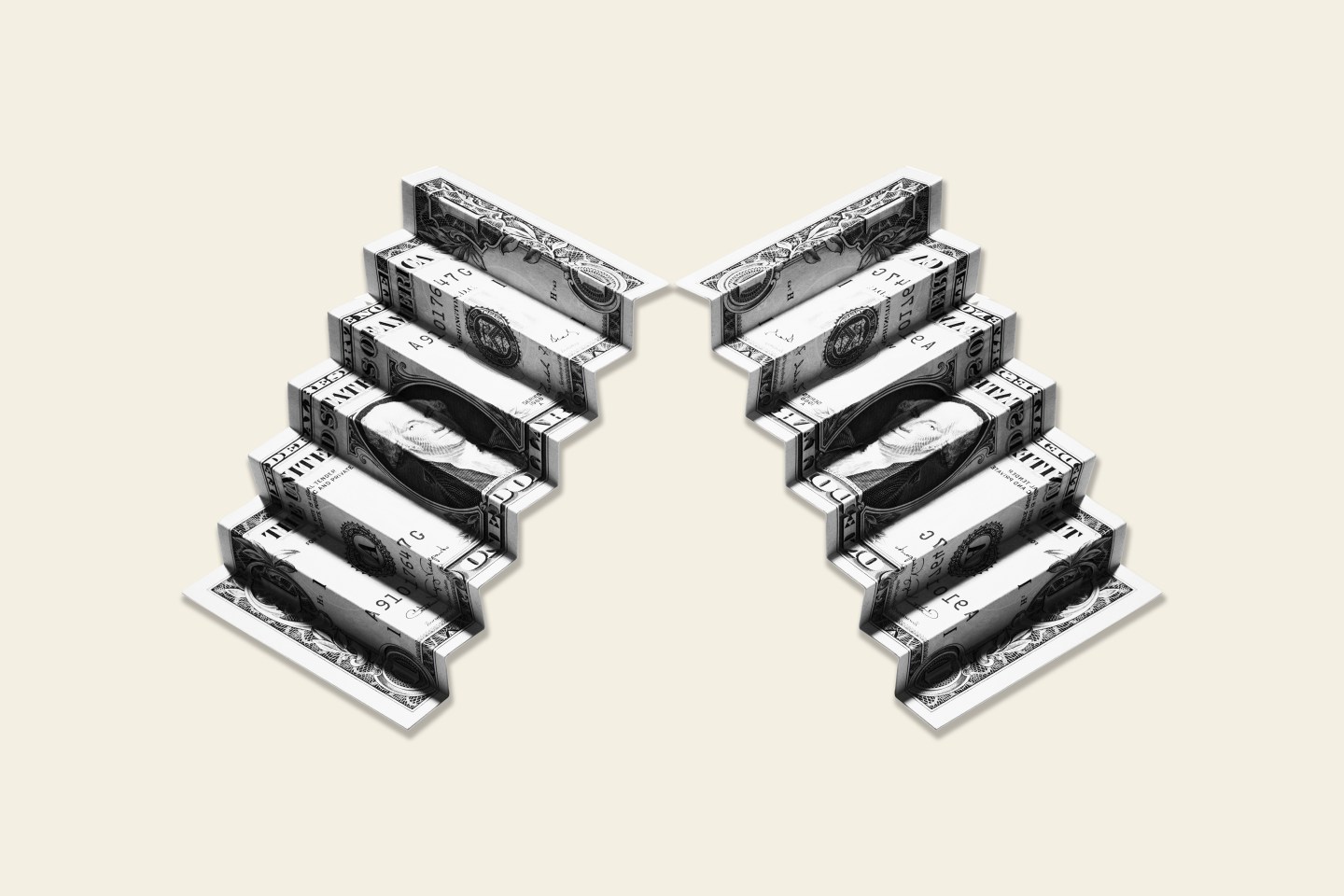 The unpaid tax gap in America is huge—and most of the money owed is from top earners. It doesn't have to be that way, write Fred Goldberg and Charles Rossotti.
David Arky—Getty Images

The battle for the White House, control of the U.S. Senate, and the devastation caused by the COVID-19 pandemic have dominated headlines for a year. But a giant financial dilemma—the federal government’s rising inability to pay for everything it does and wants to do—has largely skirted public scrutiny.

Even when the economy recovers from the COVID-19 crisis, annual budget deficits will average about $2 trillion per year, equal to 40% of all tax revenue. Political pressures will push spending up and taxes down for the middle class. Meanwhile, candidate Biden said he was going to raise taxes on the upper-income brackets, which Republicans will surely oppose.

There is a practical, bipartisan solution to this dilemma: shrinking the tax gap. In 2019 the tax gap—taxes owed but not paid—was $574 billion. That’s more than all the taxes paid by the lowest 90% of individual taxpayers. If we simply raise taxes without also fixing the system, only taxpayers who are already compliant will bear the increase.

That is not fair or sustainable.

Closing the tax gap will make tax collection fairer and easier for people while collecting an additional $1.4 trillion over 10 years—mostly from people in the upper brackets who don’t pay all the taxes they owe. This amount is more than President Biden’s plan to raise individual income taxes. Increased compliance at the federal level also translates to increased revenue at the state and local level.

Our plan to close the tax gap comprises three parts: better information collection by the IRS, technology that enables the IRS to make full use of the information it collects, and increased examinations directed at high-income individuals.

Most taxpayers don’t need to be audited because they receive reports such as W-2s from their employers or 1099s from their banks. This information helps taxpayers file accurately and allows the IRS to check compliance efficiently. About 95% of income that is reported by employers and banks is accurately reported by taxpayers, but only 45% of income that is not reported by third parties, such as most business income, is reported and taxed. This lack of visibility is also true of $1 trillion of income produced in pass-through businesses, such as partnerships, where there is no third-party reporting and the audit rate is negligible.

By filling the holes in the kinds of income reported by third parties to the IRS, we can greatly increase compliance in an efficient way for both taxpayers and the IRS.

Recent reports by independent watchdogs have supported this conclusion. The Treasury Inspector General for Tax Administration and the Government Accountability Office have shown that many billions could be collected from upper-income taxpayers through more effective use of third-party reporting. One report showed that a few hundred taxpayers who owed $10 billion and failed to file a return were not even pursued by the IRS.

Updating the IRS’s outdated technology would enable rapid assessment of all tax returns using all available information to identify deficiencies with much greater accuracy, and would improve the efficiency of the audit process.

The technology we are proposing would also improve the IRS’s quality of service through faster and more convenient methods of communication. This capacity-building would have permitted far more effective implementation of COVID relief responses, ranging from cash distributions to small business loans.

Our plan would create a more streamlined and focused enforcement process. Today, the disparity between who has money and who is audited is egregious. If you live in the Mississippi Delta and your income is $25,000, you are more likely to be audited by the IRS than if you live on New York’s Park Avenue and make millions.

Yes, our plan would require increased spending, but over time it would produce revenue equal to 15 to 20 times its cost while increasing the fairness and sustainability of the tax system.

The upcoming federal budget reconciliation process is a prime opportunity to provide the direction and resources the IRS needs to shrink the tax gap, including outlays for increased technology and staffing, as well as estimates related to revenue gains over the next 10 years.

Biden has emphasized a bipartisan approach to solving problems. Fixing the tax system as we propose would be a great start toward resolving one of the government’s most difficult dilemmas.