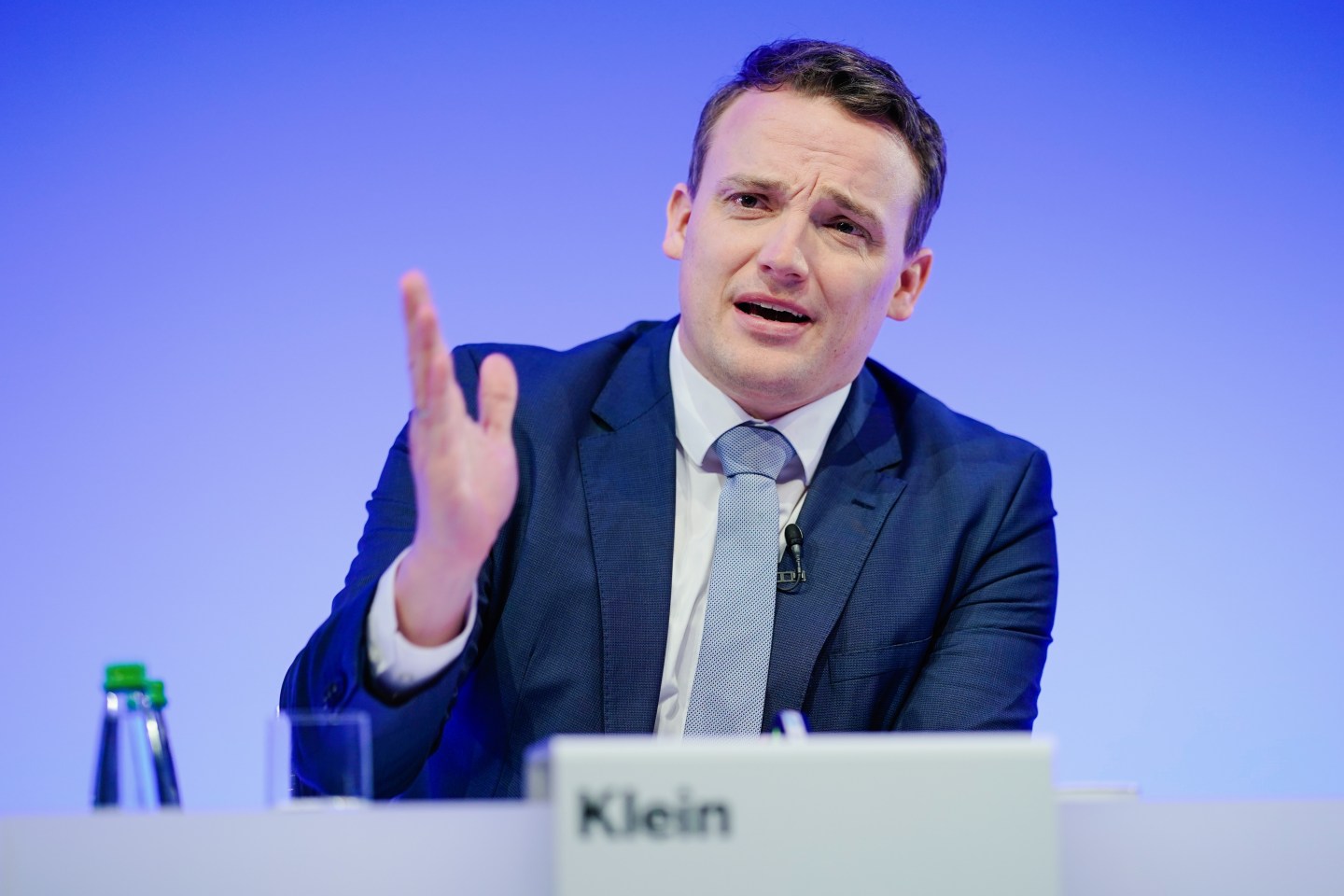 It has been an intense year or so for Christian Klein. Amid the COVID-19 pandemic in April 2020, Klein became the sole chief executive of SAP on the same night as his wife birthed their now nine-month-old baby daughter.

Like the rest of us, Klein has had to balance work—in his case, managing SAP, Europe’s biggest tech company, which employs over 100,000 workers worldwide—with life’s sudden surprises. (Klein’s former co-leader, Jennifer Morgan, left for the investment giant Blackstone after a seven month stint as SAP’s co-CEO.)

The transformation has had hiccups. In October, SAP cut its revenue outlook for 2020, citing reduced customer spending on products like its Concur business-travel software. Investors were spooked that the move signaled problems in the SAP’s overall revamp, and the company’s shares plummeted over 20%.

SAP isn’t giving up hope though. On Wednesday, the company debuted a new software offering intended to spur sales, which declined 1% year-over-year in 2020 to €27.34 billion, or $33.24 billion. The new tools, sold via a subscription, like other cloud-based software, help companies better analyze how their business processes, like tracking customer orders, perform against industry benchmarks, Klein says.

In an edited conversation with Fortune, Klein discussed his sunny outlook for the Biden administration, the plodding rollout of COVID-19 vaccines, and why now is the right time for SAP to spin off Qualtrics, the corporate survey maker it bought for $8 billion in 2018, in an initial public offering.

Fortune: In October, Salesforce CEO Marc Benioff said SAP was having “significant troubles.” What did you make of that?

Klein: First of all, when a competitor comments on another company, that’s a sign that he really cares about the increased competition.

When you look at our numbers this year, we have seen high growth in the cloud. When you exclude our travel and expense business, which is, of course, suffering in the pandemic, our cloud revenue was up by 27% organically. We have very healthy organic growth. The on-premise business [software that runs in internal corporate data centers] is steadily declining, because more and more customers are shifting to the cloud. But that’s a normal transformation.

Do you see the economy recovering enough so that corporate spending is going to go up?

Yeah, I see this in most parts of our business, actually. I see a decline only in one area—travel. Look at the other parts of our portfolio—for example, supply chain is highly relevant. Every CEO is now looking at how to make their supply chains more resilient.

Where in the world are you seeing economic recoveries?

North America is going well. Korea is going well. The only region I see the economy suffering is actually Latin America. A lot of countries were hit hard by the pandemic there. But I see no decline in IT spending at all. It’s just the opposite.

How would you characterize the rollout of the coronavirus vaccine in Germany?

I just had a virtual meeting with our Chancellor Angela Merkel as part of the virtual World Economic Forum and one topic we talked about was the vaccine. The rollout can always go faster. Everyone is desperately waiting to get the vaccine.

We are working hand in hand with pharmaceutical companies to make the manufacturing supply chain work faster and in an intelligent way to deliver the vaccine with the right quality. We know where the ingredients are because they’re sitting in our systems. For us, it’s key to have a close eye and make sure the systems are up and running.

How will the new Biden administration affect business?

The first signs are really positive. We have a lot of multinationals in the U.S. who are our customers, and they do business worldwide. For us, it’s very important, on the political side, that we absolutely support free trade.

We need a global digital infrastructure. Common data protection rules would be very important. It’s also really important that the U.S. and Asia move forward on globalization—getting trade partners back to where they were prior to the past four years.

In the European Union, we need to become more one union. There are still different regulations in every single country, and that hurts when you’re doing business in Europe. We need common standards, especially when it comes to building out cloud infrastructure.

What were your thoughts watching the Capitol Riots from afar?

Obviously, when I watched TV and saw this scene, I was quite shocked. The United States is an anchor for all of the countries around the globe with regards to democracy and fair elections and handing over power to a new administration in a fair manner.

How will the relationship between SAP and Qualtrics change as the company goes public on Thursday?

With [Qualtrics CEO] Ryan Smith, I probably text with him and talk to him more than with some of my executive board members.

With regard to the IPO, I cannot share any concrete numbers. But we announced that we are going to set the price higher because there’s high interest. [On Monday, Qualtrics raised the initial price of shares to between $27 and $29 over the previous $22-to-$26 range.] We are oversubscribed. Let’s see when it happens.

Back when we acquired Qualtrics in 2018, there was some criticism in the market. But it beautifully paid off. We doubled the revenue just in the last two years. Now Qualtrics will have the freedom, once it goes public, to go after the market outside of SAP and form partnerships. That’s all good, because we will stay the majority shareholder.

How does SAP view acquisitions as part of its current strategy?

We are screening the market. Whenever there is a complimentary asset to our portfolio that clearly helps solve some of the needs of our customers, we may make some moves. But, it needs to fit from a product and customer perspective. We don’t need to buy revenue right now. I would not spend a few billion to speed up our revenue flows. For me, it just needs to be a fit to our product portfolio and for our customers.

SAP previously had a co-CEO operating model. Does it make sense for companies to have a co-CEO model?

There’s not a general rule that says the co-CEO model cannot work. It can absolutely work.

In general, if the accountabilities are clear and if the roles are clear, it can work. There are a few examples out there where it did work. We also saw it not working in some other companies, but that really depends on the situation of the company.