We’re Columbia students going on a tuition strike. Here’s why 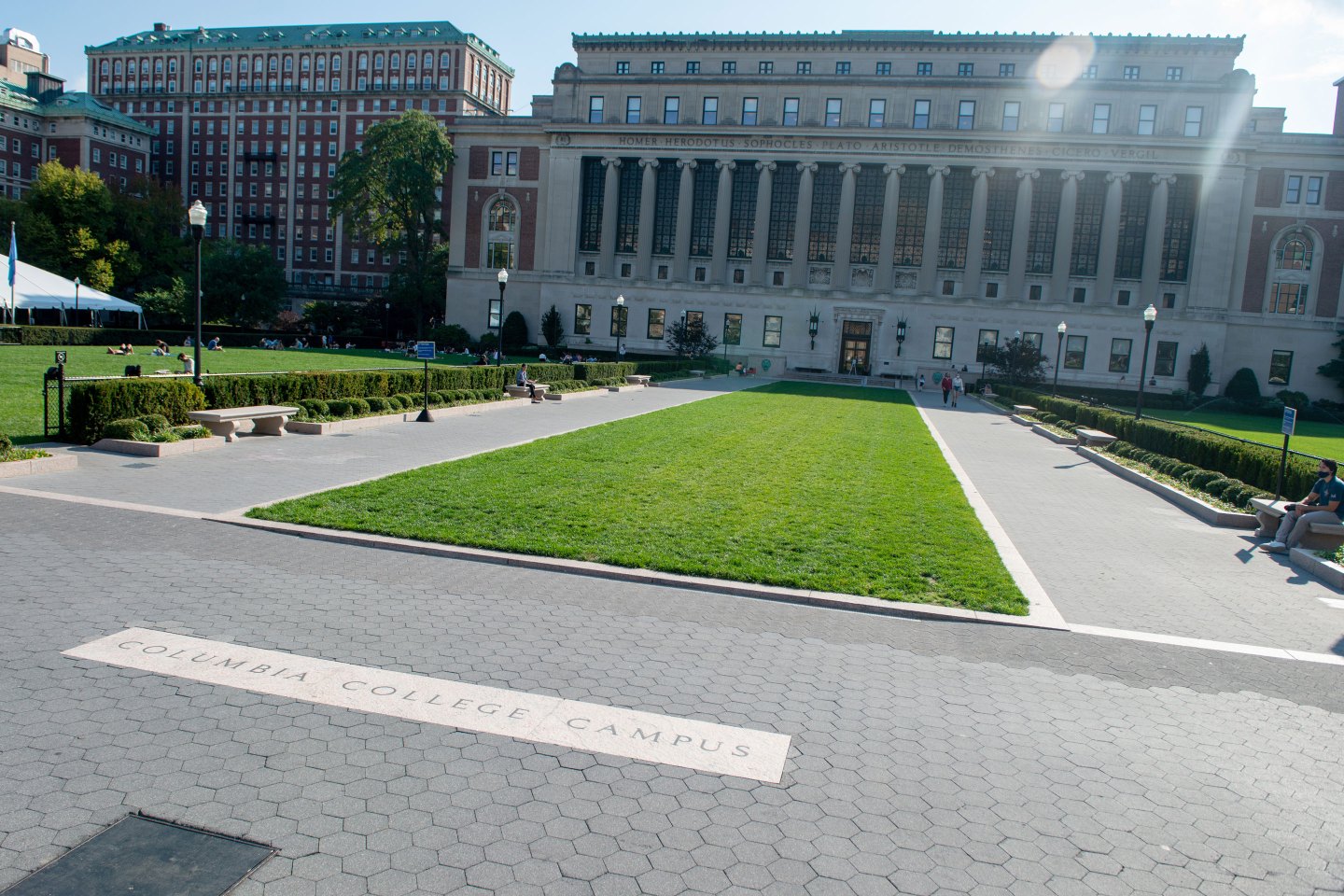 Current college students have little context for grasping the true cost of their education. In 1998, before most current undergraduates were born, tuition at Columbia University was $24,144, or $38,582 in today’s dollars. Now that cost has ballooned to $58,789, making Columbia one of the most expensive schools in the nation. Meanwhile, real wages have flatlined. Consequently, this explosion in the cost of attendance has hurt students the most; the average Columbia student currently graduates with $21,979 of debt.

Columbia has an $11 billion endowment, more than enough to provide students an affordable education. No one would argue that doubling the cost of attendance has doubled the quality of education. Instead, Columbia charges more in order to pay for a $6.5 billion expansion that will displace nearly 32,000 West Harlem residents, administrators’ multimillion-dollar salaries and extravagant perks, and a bloated public safety department.

Columbia is the nadir of America’s pathological relationship with higher education. Yet, from the belly of the beast, Columbia students are fighting back. More than 4,000 students, or an eighth of all graduates and undergraduates, have signed on in support of what would be one of the largest tuition strikes in this country’s history, aiming to radically reorient the university’s priorities to create a more democratic institution. Students pledge to withhold tuition until Columbia lowers tuition by 10% and increases financial aid by 10%, addresses anti-Black racism on campus and in West Harlem, begins to bargain in good faith with the graduate worker labor union, and provides students and the community greater transparency and control over investment decisions.

This vision of a new relationship between colleges and students stretches well beyond Columbia’s gates. Columbia, at the tip of the iceberg, drives an accelerationist logic of tuition increases that reverberates across higher education. When Columbia raises its tuition, other universities are given cover to do the same. When Columbia invests that money in glitzy new developments and ostentatious displays of wealth to attract prospective students, these competitors follow suit. In competing for the best and brightest American youth, colleges have created an arms race of luxury amenities. Yet the shiniest objects of desire for high school seniors lose their charm for debt-burdened college students.

The present pandemic has thrown into stark relief the moral rot at the heart of the collegiate racket. Returning to potentially precarious home situations, students spend their days sitting in front of their computers, taught by professors who often lack adequate financial support, as students and their families struggle with the largest economic downturn since the Great Depression. Student testimonials are bleak—lost jobs, hundreds of thousands of dollars of tuition debt, working multiple jobs to make ends meet, and constant anxiety about losing financial aid. It is obvious that something has gone terribly wrong.

It doesn’t have to be like this. Columbia strikers are inspired by a vision of a university that prioritizes students, faculty, and the surrounding community over U.S. News & World Report rankings and lining administrators’ pockets. It is absurd to be paying almost as much as the U.S. median household income for tuition, especially when every other country can provide the same product for a fraction of the cost. (Columbia is, after all, only one of the most acute symptoms of a disease infecting all of American higher education.)

Columbia’s administration hopes to conceal this absurdity by falling back on austerity logic. Insisting that their hands are tied in the allocation of endowment funds, they “regret to inform” students that even if they could meet students’ demands, it would come at the expense of faculty, graduate workers, and rank-and-file staff.

Yet this logic simply does not hold. Columbia has $814 million on hand—and another $3.7 billion in the bank—specifically for such “unexpected costs” as the fallout of a global pandemic. Peer institutions like Princeton, Georgetown, and Williams have already cut tuition in response to COVID without sacrificing faculty, graduate students, or workers. Two decades ago, students sat at the same desks as us, receiving the same instruction, at a fraction of the price.

Faced with the present crisis, students have realized the lie of “austerity.” On Jan. 22, thousands will refuse to pay tuition for the spring semester and will continue to withhold it until our demands are met. We have already won a number of meaningful, but insufficient, concessions, including emergency grants for some students. We fully expect to win more. A new university is within reach—now, students are grabbing hold of it.

Townesend Nelson is a senior at Columbia University and one of the organizers of the tuition strike.