The uncomfortable truth: Why more white women didn’t rally behind the Biden-Harris campaign 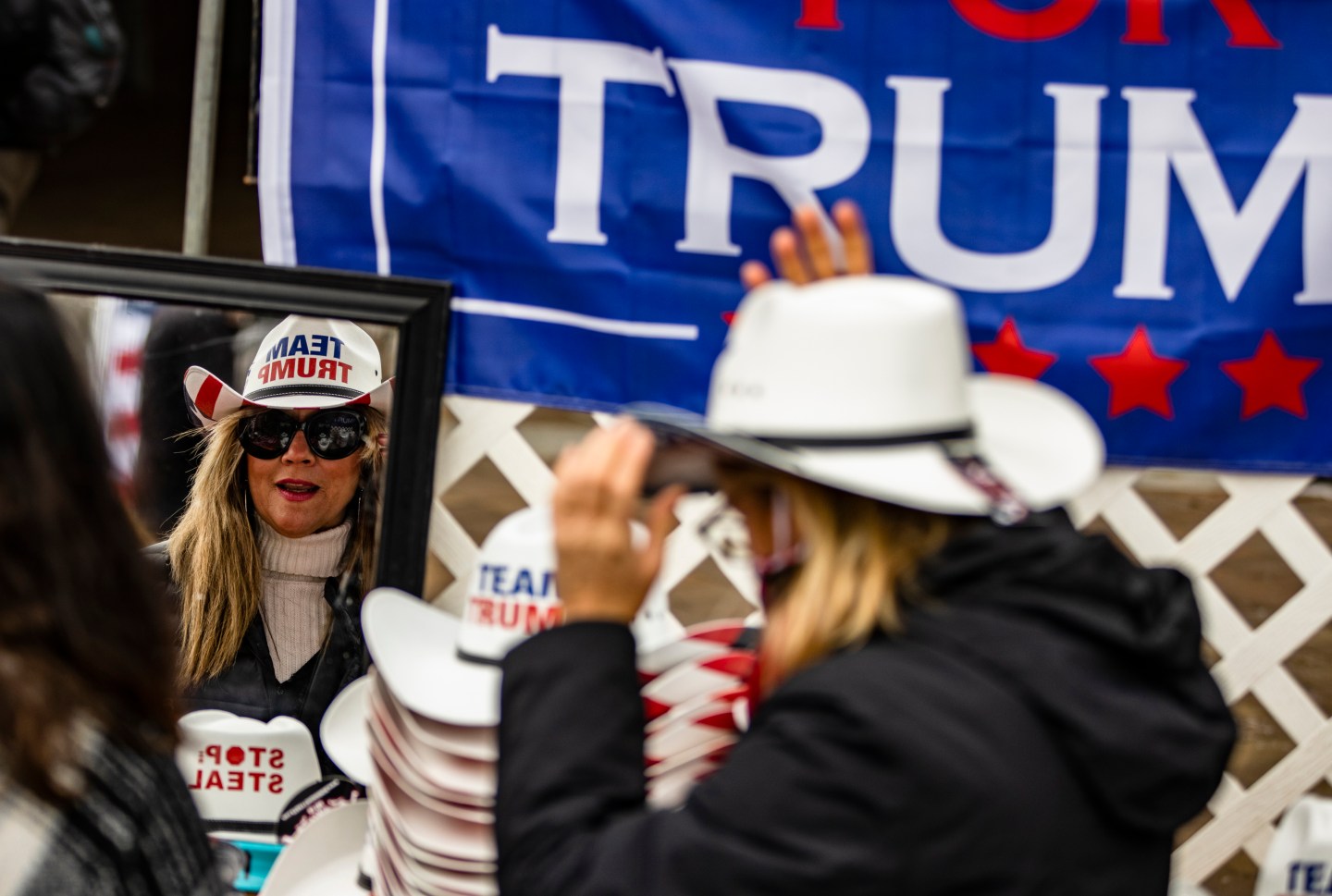 Progressives “should stop being surprised by the fact that many white women vote Republican,” writes Julie Kohler.
Samuel Corum—Getty Images

Tomorrow, Kamala Harris will make history as the first woman, the first Black woman, and the first woman of Asian descent to be inaugurated as Vice President. In her first speech as Vice President–elect last November, Harris took to the stage wearing suffragist white and declared that she stood on the shoulders of generations of women who had paved her path.

And yet, the 2020 election and its aftermath revealed—once again—some ugly truths about women voters, like the fact that a majority of white women did not stand with her. White women’s Republican support was even more pronounced in the Georgia Senate elections, where a mere 31% of white women supported Senators-elect Raphael Warnock and Jon Ossoff. And white women were prominent participants in this month’s deadly Capitol insurrection and other incidents of white supremacist mob violence across the country.

On my podcast, White Picket Fence, which explores white women’s identities and politics, I do a deep dive into several of these uncomfortable truths, which must be fully absorbed and addressed if we are to build a stronger multiracial base for justice.

First, we should stop being surprised by the fact that many white women vote Republican. For years, many white progressives have assumed that the GOP would be increasingly alienating to women, as a result of their continual assaults on women’s health and abortion, hostility to “caring economy” policies such as paid leave and childcare, and open embrace of leaders facing allegations of sexual harassment and assault. But while it’s true that women of color are the base of the Democratic Party—with Black women’s Democratic support, in particular, routinely exceeding 90%—white women in fact have narrowly favored the Republican presidential candidate for the better part of 70 years. Their support for Trump in 2016 and 2020 was not an aberration but the continuation of a long-standing pattern.

We should also stop being shocked by the fact that white supremacy and the politics of white grievance appeal to many white women. Particularly in the Trump era, it’s been easy to put a white male face on racism—loud guys screaming at MAGA rallies—and to imagine that white women would be highly motivated to fight against it.

But history tells a different story. Race, not gender, has always been the primary driver of white women’s politics. White suffragists worked alongside Black women and men for universal suffrage, but the passage of the 15th Amendment split the movement along racial lines. Elizabeth Cady Stanton referred to Black men as “Sambos” and argued that the amendment “creates an antagonism everywhere between educated, refined women and the lower orders of men, especially in the South.” And once the 19th Amendment passed and white women secured their right to participate in American democracy, white suffragists like Alice Paul turned a blind eye to the continued disenfranchisement of Black women, calling it a civil rights, not a women’s rights, issue.

White women have also been complicit in the weaponization of our identities in service of racial terrorism, from lynchings of Black men that white men committed in defense of white women’s supposed “virtue” to today’s Amy Coopers and “Permit Pattys” calling police on Black men who threaten their privilege. As historian Elizabeth Gillespie McRae told me on the podcast, white segregationist women shaped racist historical narratives for millions of public school students through their roles on textbook selection committees in the Jim Crow South, and led fights for school segregation in the North, masked in the color-blind language of “choice” and “neighborhood schools.”

Second, progressives also need to acknowledge the power of the traditional nuclear family in shaping white women’s perceived political interests. Conservatives have spent decades positioning the white, nuclear family as an ideal deserving of reverence and protection. There’s a reason for this: It pays off for them in the voting booth. Married white women favor Republican candidates at higher rates than their unmarried counterparts. Trump’s evocation of that family ideal through his appeals to “suburban housewives” may well have strengthened his appeals to his base.

Third, white women’s perception of their political interests have been shaped by a vast right-wing organizing machine. Beginning in the 1970s, Phyllis Schlafly successfully channeled angst over eroding postwar economic stability for the white middle class into a mass political movement of highly religious white women. Paul Weyrich and Jerry Falwell Sr. solidified that support by making opposition to abortion the centerpiece of that movement and building a vast network of right-wing evangelical churches that remain a powerful political force to this day. And through vehicles like the Koch family–funded Independent Women’s Forum (IWF), the movement has deployed softer rhetoric to engage independent white women voters. According to Lisa Graves of the True North research group, this included mobilizing more than 200,000 voters for Trump in Wisconsin in 2016, a number vastly exceeding his narrow 22,000 vote margin of victory in that state.

States like Minnesota reveal how organizing—particularly multiracial organizing that centers communities of color and explicitly addresses race and class—can yield significant results. In 2016, Hillary Clinton prevailed in the state by a razor-thin 1.5-point margin. In 2020, that grew to more than seven points, thanks in part to the strong support that Biden received from 68% of college-educated, white Minnesota women.

Two years ago, a coalition of local community and labor groups ran a narrative campaign that, through door-to-door canvassing, in-person events, local radio ads, and interactive social media memes, encouraged Minnesotans to reject the racial division they saw gain real traction in 2016 and be “Greater Than Fear.” Similarly, this past summer, when Republican politicians claimed that Minnesotan “suburban moms” were fearful of the mass demonstrations that erupted in the wake of George Floyd’s murder, community-based leaders sprang into action. They organized a viral #IAmASuburbanMom social media campaign in which a diverse array of suburban women stood in solidarity with the protesters.

The takeaway of this election and its deadly aftermath is that all of these things can be true at once. White women can and do uphold the white patriarchy. And numbers of white women are movable to something beyond it. We should invest in organizing white women not because they are the most important Democratic base voters (they aren’t) or because we have an irrational belief in the better angels of their nature. For better and worse, white women remain part of the multiracial majority needed to advance equity and justice in this country. When we look closely, the 2020 election reveals the challenges and opportunities for making that majority a reality.

Julie Kohler is the host of the Wonder Media Network podcast White Picket Fence. She is a senior adviser to the Democracy Alliance and a fellow in residence at the National Women’s Law Center. Follow her on Twitter.