How businesses can distance from Trump without breaking the law 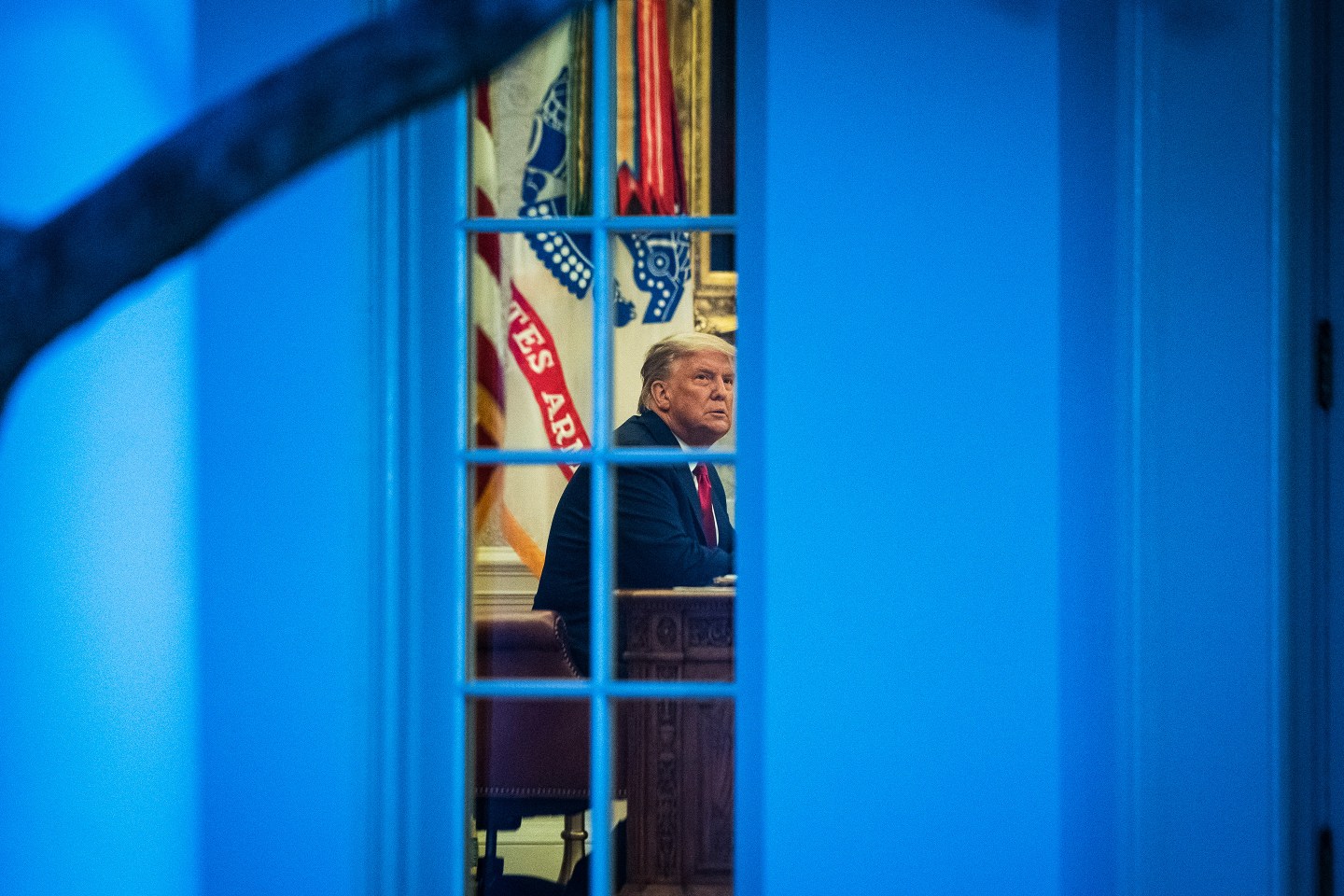 In four years of the Trump administration we’ve seen a remarkable change in the political behavior of private businesses, shifting from nonpartisan observers to leaders taking on political and social causes.

The long-held view that businesses should stay on the sidelines of politics first wavered just months after President Trump took office, as leading CEOs abandoned his two White House business advisory councils following his response to the white supremacist rally in Charlottesville, Va.

Leading up to the 2020 election, advertising platforms took a variety of actions to restrict political campaigns and other political organizations from purchasing ad inventory. Corporate PACs stepped back from their usual levels of political giving both before and after the 2020 election.

The motivation for these actions ranged from value-signaling to employees and customers to a desire to be good citizens in the civic space.

Now, however, the fallout of last week’s attack on the Capitol is bringing about a totally new kind of business reaction: Companies in profit-seeking relationships with political campaigns are finding that the smart business move is to terminate those deals.

E-commerce sites, payment processors, publishing companies, and even the PGA of America have all taken steps to not do business with political campaigns—particularly those associated with Trump and his supporters. But businesses considering similar actions should understand the legal consequences, especially as they relate to campaign finance law. (As an attorney who advises clients on their participation in the political process, both I and my firm could benefit from businesses more carefully scrutinizing their compliance with campaign finance law.)

As a general rule, businesses have wide latitude under the law to choose to do business with campaigns and political parties—or to not do business with them—as long as their reasons for doing so are commercial and not political.

Under federal law, corporations are barred (and limited liability companies, or LLCs, are strictly limited) from contributing to federal candidates and political parties. But the scope of prohibited contributions is not limited to monetary donations. They also include nonmonetary “in-kind” contributions and—crucially—providing more favorable terms to one campaign or party over another in the commercial context.

That’s according to a framework established by the Federal Election Commission (FEC) to ensure that businesses engaging with campaigns (or choosing to disengage with campaigns) are operating on an arm’s-length commercial basis, and not for political purposes.

Monetary penalties in these matters can be severe—potentially eclipsing the value of the contribution itself—and there is potential jail time in the most serious cases. The Justice Department has actively enforced the ban in recent years, winning several convictions.

At the same time, businesses often do provide more favorable terms to some political campaigns or causes than others—and it’s legal.

For example, it has long been the case that certain vendors such as media consultants only do work for one side of the aisle. These vendors have a perfectly good reason for this: Their political campaign clients simply aren’t willing to work with vendors that do work for the opposing party.

In other words, these companies can take the position under the FEC framework that they refuse to provide services to one side of the aisle because it’s necessary for their business to function, not necessarily because they are trying to favor the election of one party over the other.

Recently, for instance, the FEC found that the political crowdsourcing platform Crowdpac was within its rights to remove all Republican campaigns from its platform in 2018.

When Crowdpac launched several years earlier, it was a staunchly bipartisan effort that welcomed candidates of all parties onto its platform. But as the Trump administration progressed, Crowdpac faced a backlash from its liberal and progressive customers who threatened to leave the platform if it continued to do business with Republican campaigns whose values were so at odds with their own. Crowdpac decided that, as a business, it was better off disassociating itself from Trump-supporting Republican campaigns.

The factor that made that move permissible, in the FEC’s view, was that Crowdpac properly demonstrated that it made the decision for business purposes and not political ones. In short, the company argued, keeping Trump and other Republicans on the platform was anathema to the company’s chances for success overall.

Crowdpac and more recently Simon & Schuster (which dropped plans to publish a book by Sen. Josh Hawley, who led the effort in the Senate to challenge the 2020 presidential election results) are far from alone—and other businesses will face similar decisions even after Trump leaves office. In fact, one of the earliest implications—and likely lasting legacies—of the Trump administration is that his actions while in office have motivated corporations to speak out louder than ever on social and political issues.

Having started down the path to corporate political responsibility, companies are not likely to retreat to safer, nonpolitical shores.

With so many Americans outraged by last week’s events, businesses may well be able to make the case that distancing themselves from Trump, his supporters, or other campaigns is being done for strictly business reasons.

However, to truly maximize the message they send by choosing which campaigns fit their brand and values, companies should be careful to make decisions that do not result in distracting legal battles.

Tyler Hagenbuch is a political law attorney with Perkins Coie.