Why a Chinese broadcaster is blacklisting a new NBA team 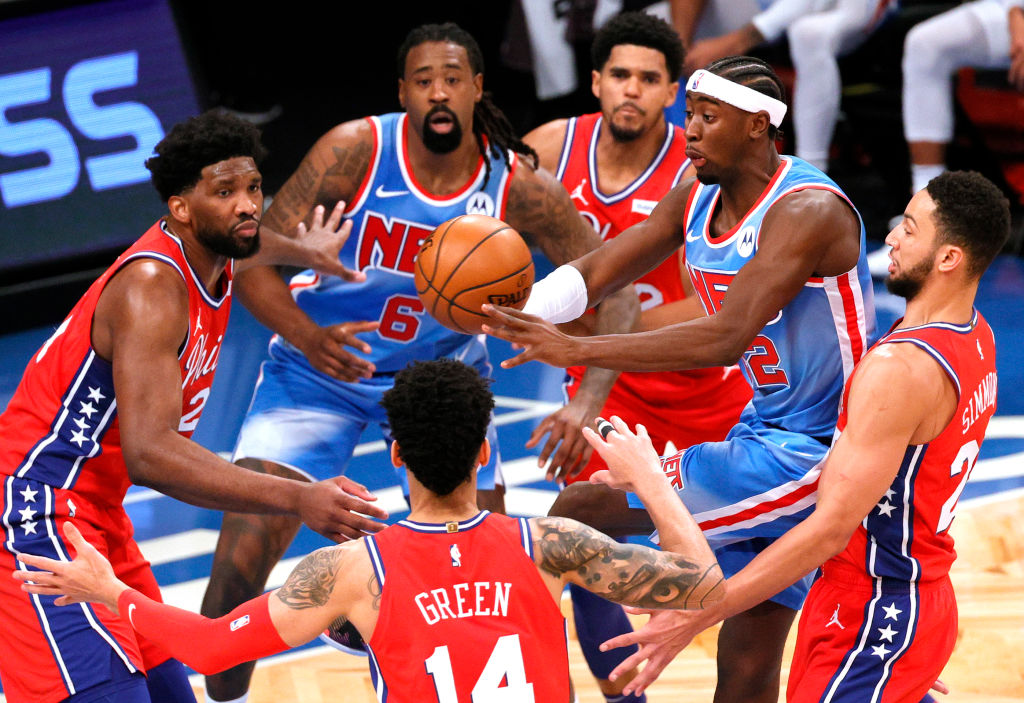 On Monday, the NBA’s Houston Rockets returned to Chinese screens for the first time in over a year, when Tencent carried the team’s game against the Los Angeles Lakers. The game’s airing signals that China has rekindled its relationship with the franchise now that the team no longer employs former general manager Daryl Morey.

“I’m crying,” wrote one user on Chinese microblogging site Weibo on Monday. “Finally, I don’t have to jump the firewall to watch a [Rockets] basketball game.”

But even as Rockets fans rejoiced, a new NBA team found itself on China’s blacklist: the Philadelphia 76ers, Morey’s new employer. Tencent hasn’t shown a single 76ers game on its platform since the NBA’s new season started last month.

In October 2019, Morey, then the Rockets’ GM, tweeted in support of the Hong Kong pro-democracy protests. “Fight for Freedom, Stand With Hong Kong,” Morey posted on Oct. 6, repeating a popular Hong Kong protest slogan, in a tweet he later deleted.

China’s government, along with Chinese fans, sponsors, and advertising partners, immediately condemned Morey’s tweet, seeing his comment as challenging China’s territorial sovereignty, a “third rail” issue. Within days, both Tencent, the Chinese social media and tech giant that owns the NBA’s streaming rights in China, and CCTV, a state broadcaster that airs games on Chinese television, announced that they would cut Rockets games from their platforms.

NBA commissioner Adam Silver estimated that the NBA may have lost a total of $400 million in combined revenue from sponsorships and streaming as a result of the fallout over Morey’s tweet. At the time, Silver resisted calls to fire Morey and defended his right to speak his mind.

Silver has said his defense of Morey may have been why CCTV pulled all NBA games in the last regular season. (Tencent continued to stream the games, with the exception of the Houston Rockets’ contests.) By the end of the 2019–20 season, however, China signaled that the frosty relationship was beginning to thaw. CCTV, the state broadcaster, showed the last few games of the NBA Finals.

“We were only given 12 hours’ notice that we were returning to CCTV, without a lot of explanation,” Silver told Fortune in October 2020. “Ultimately there was a sense coming out of China that we were not going to change. We are who we are. We are exporting American values.”

But any team affiliated with Morey, it seems, remains blacklisted in China.

Late last year, some Chinese fans cheered as Morey resigned from the Rockets, believing that the NBA was somehow punishing him for his comments regarding Hong Kong. But weeks after leaving the Rockets, Morey signed a five-year contract to be the general manager of a different NBA team, the Philadelphia 76ers.

Now, after Morey’s signing, Tencent has refused to stream any 76ers games. CCTV, meanwhile, hasn’t aired any NBA games at all this season.

Morey recently explained that while the fallout from his tweet was intense, he stands behind his comments and appreciates that he can still hold a position in the NBA.

“In the last 12 months, I had moments where I thought I might never work in the NBA again, for reasons I was willing to go down for,” Morey told ESPN in December 2020. “You don’t want the second most powerful government on earth mad at you, if you can avoid it. In this case, I couldn’t.”