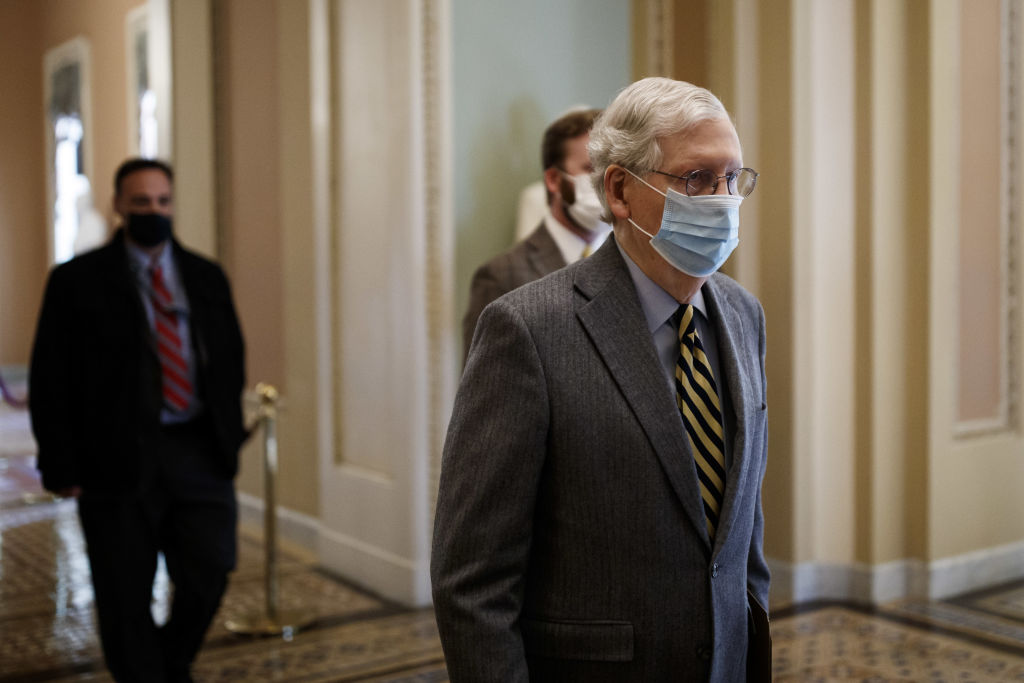 Senate Majority Leader Mitch McConnell on Thursday snuffed any hope that the current Congress will deliver extra stimulus money. In a speech on the Senate floor, McConnell repeatedly decried proposals to provide $2,000 to millions of Americans as “socialism for rich people.”

Despite claims by President Trump and members of Congress that many Americans need the extra money to stay afloat in the coming months, McConnell denounced the calls for $2,000 as profligate and unnecessary.

“Borrowing from our grandkids to do socialism for rich people is a terrible way to get help to families who actually need it,” said McConnell on the Senate floor, according to Politico.

The speech came after McConnell repeatedly blocked efforts by Democrats to arrange a stand-alone vote on the proposal to increase forthcoming relief from $600 to $2,000—one that has already passed the House of Representatives. Instead, the Majority Leader has proposed tying the measure to suggested legislation on social media rules and investigations into election fraud for which there is no evidence.

Political observers have described the social media and election proposals as poison bills that would doom the extra stimulus measure. The upshot is that McConnell appears to have decided to run out the clock on stimulus discussions, since the current session of Congress ends on January 3, and there is effectively no time to pass complicated legislation before then.

McConnell’s remarks about “socialism for rich people” drew a sharp retort from Sen. Bernie Sanders (I-Va). According to the Politico report, Sanders accused McConnell of hypocrisy, remarking, “The majority leader helped lead this body to pass Trump’s tax bill. You want to talk about socialism for the rich, Mr. Majority Leader?”

Sanders’ comment came after the Democratic Senator blasted McConnell on Wednesday for suggesting that changes to the social media law—known as Section 230—are as urgent or important to Americans as the stimulus measures.

McConnell’s decision to bar a stand-alone vote on the $2,000 measure came after a handful of Republican Senators had said they would support the extra stimulus, which meant that bill might have achieved the 60 votes needed to overcome a filibuster. By refusing to allow a vote at all, McConnell chose to side with deficit hawks in his party who claimed the measure would be too expensive.

The incoming Congress, which will be the first under President-elect Joe Biden, could renew efforts to increase the stimulus amount, but that would likely succeed only if Democrats take power in the Senate by winning both special elections that are taking place in Georgia on January 5.