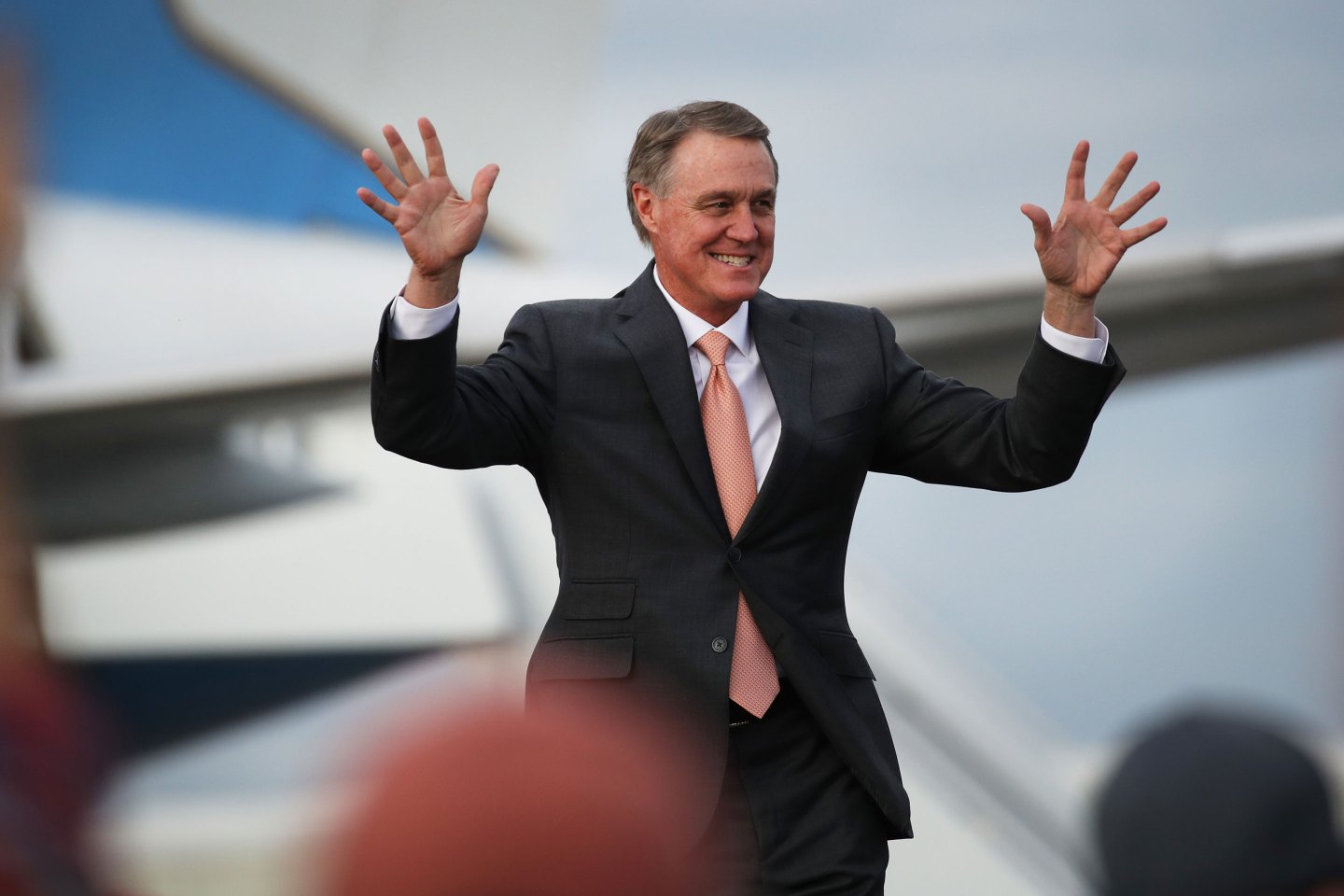 With the 2020 U.S. presidential election formally decided, it is still up in the air as to which political party will gain a majority in the Senate. Who controls the Senate is solely dependent on the outcomes of a runoff election and a special election, both in Georgia, in January 2021.

The Republican candidates for the two seats, senators David Perdue and Kelly Loeffler, have attracted attention for their stock-trading activities, with the former alleged to be the most prolific stock trader in Congress. Indeed, both senators from Georgia were investigated for potential insider trading, with the investigations being dropped by the Senate Ethics Committee. However, several facts surrounding these cases still need to be uncovered and highlighted.

Insider trading by representatives or senators has long been a concern among citizens and politicians alike. An attempt to curtail the likelihood of such fraudulent activity was the passage and enactment of the Stop Trading on Congressional Knowledge (STOCK) Act in April 2012. The STOCK Act prohibits trading based on privileged information (acquired through various briefings and hearings in Congress), and requires more frequent disclosure of financial transactions by members of Congress.

While that legislation is certainly a step in the right direction, it does not go nearly far enough to prevent members of Congress from exploiting their access to privileged information. The Perdue episode is a case study of why the STOCK Act is clearly insufficient, and it provides an opportunity to establish a road map for curbing such abuse.

In a previous case in March 2020, Sen. Richard Burr and several other members of Congress sold stocks worth millions of dollars prior to the market crash, which could be, at least partially, attributable to their access to privileged private information from confidential hearings and internal meetings in Congress. Although the Justice Department has closed its investigations into three other senators, the investigation of Burr is still in progress.

Given the 2,596 trades by Perdue during his six-year term, he continues to face scrutiny by several media outlets as the pandemic continues. He traded about 200 stocks in different industries, some of which fall within the purview of his position on Senate committees and his prior position in the private sector. Indeed, several pandemic-related stocks, such as Pfizer, DuPont, and Caesars Holdings, figure in his trades.

While sitting on the Cybersecurity Subcommittee, Perdue also actively bought and sold stocks of cybersecurity company FireEye when it signed a contract with the Army Cyber Command. He bought stock in BWX Technologies before taking charge of the subcommittee, and sold it after the company secured funding from the Navy.

As a member of the Senate Banking, Housing, and Urban Affairs Committee, Perdue actively traded stocks of banking companies, such as JPMorgan Chase, Bank of America, and Regions Financial Corporation, all of whom potentially benefited from his deregulation bills. This is also true of First Data Corporation, a financial services company with whom his trades seem to be particularly well-timed, given that he repurchased the stock weeks before it was acquired by Fiserv at a premium. He also sold stocks of Cardlytics, where he was a board member, after receiving an email message from its chief executive. That was followed by an announcement of executive changes and a sharp tumble of the stock price.

Against the backdrop of allegations that Perdue’s transactions involve suspicious trading, we evaluated his trading performance relative to a passive benchmark. The performance of the market as a whole is a natural benchmark, since it is well-known that it is difficult to consistently beat the market.

Senate Stock Watcher provides financial disclosure data from the Senate, which can be used to replicate Perdue’s performance. We focused on all stocks that were purchased and subsequently sold between January 2015, when Perdue entered the Senate, and April 2020, when he disposed of almost all his stocks. We then evaluated the equally weighted return performance of all stocks in Perdue’s portfolio relative to that of the total return on the S&P 500 stock market index, accounting for the reinvestment of dividends.

The left panel in the graph above compares the cumulative return of the Perdue portfolio to that of the S&P 500, with growth expressed as a percentage. This evidence suggests that Perdue performed worse, by a significant margin, than a passive investment into an S&P 500 index fund would have. For example, $1 invested in 2015 into Perdue’s portfolio would not have made any money by April 2020, while the same amount invested in the aggregate stock market would have grown by approximately 50% to $1.50. In other words, the evidence suggests that he was not a superior stock picker overall.

A drastically different picture emerges in the right panel, where we focus only on the 10 stocks of Perdue’s portfolio that have been found to be potentially related to his committee oversight or his relationships with the private sector. For that subsample of stocks, $1 invested in January 2015 would have doubled by April 2020, while the market grew by about 50% over that time period. Specifically, the effective annual return of Perdue’s trading strategy is 14.05%, which is significantly larger than the 8.92% effective annual return earned by the S&P 500 total return index over this period.

Perdue’s stock-picking performance in these information-sensitive stocks is impressive. It not only beats the aggregate stock market by a significant margin, but it also surpasses the performance of all of the equity hedge fund indexes compiled by Hedge Fund Research over the same period. Clearly, such performance would be regarded as that of a star trader, and not that of a politician with other onerous duties.

Notably, Perdue also outperformed a technology index and a health care index, which experienced effective annual returns of 8.54% and 8.13%, respectively. While any investor may simply “become lucky,” such a performance may raise eyebrows, especially because it is recorded for investments in a select number of stocks for which Perdue had access to privileged information. On the other hand, if the performance is a demonstration of Perdue’s skills, then a successful career in the hedge fund industry is likely to await him after his many years of service in Congress.

It is difficult to establish a clear connection between information obtained in closed hearings of committees and the trades. Although some suspicious trading activities have been widely condemned, the fact that no member of Congress has been prosecuted under the STOCK Act reveals the challenge in proving illegal insider trading by elected politicians. Those accused of such activity often claim that their transactions are based on public information or are managed by independent trusts. The difficulty arises from the lack of clarity in U.S. securities law; indeed, years of legal practice in this area suggest that the boundaries of illegal insider trading are difficult to define. The fact is that the law ultimately fails to deter members of Congress from allegedly engaging in such activities.

Given the difficulty in policing financial markets, a simple but extreme solution would be to prohibit members of Congress from trading individual stocks altogether. This would not prohibit public officials from trading securities based on broad market indices such as ETFs, which are less sensitive to privileged private information. In a similar spirit, Sen. Jeff Merkley has introduced the Ban Conflicted Trading Act, which prohibits members of Congress from trading individual stocks but does not outlaw their ownership. A similar bill has also been introduced in the House.

It is important that these bills be enacted for citizens to be reassured that their representatives in Congress do not profit from their privileged positions.

Patrick Augustin is an associate professor of finance at the Desautels Faculty of Management at McGill University.

Francis Cong is a researcher at the Desautels Faculty of Management at McGill University.

Marti G. Subrahmanyam is the Charles E. Merrill professor of finance and economics at the Stern School of Business at New York University.