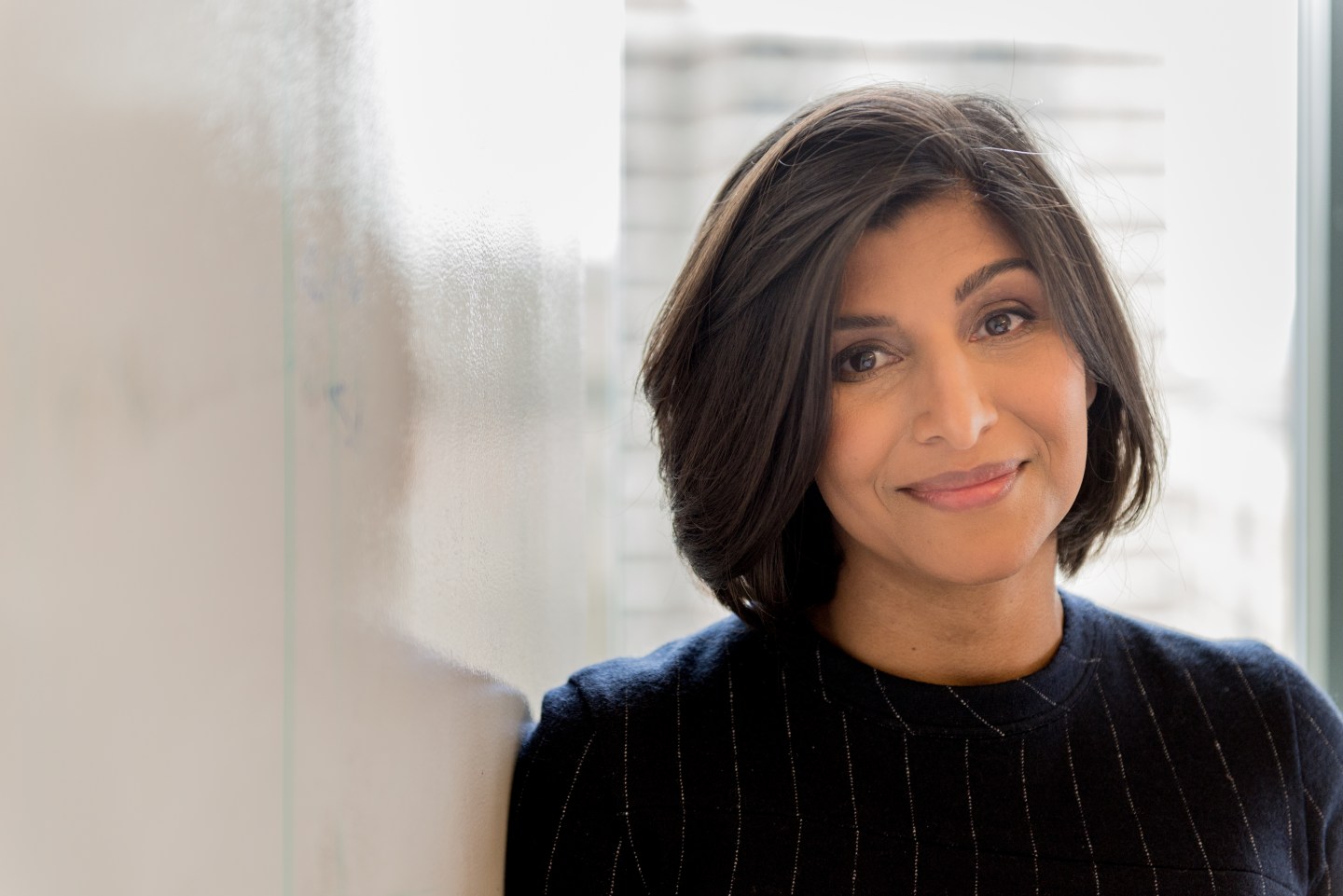 Babies and young children spend their early lives wrapped in diapers, with each wearing an average of 2,500 every year. But are these essential products sufficiently regulated?

Not according to Shazi Visram, the organic-baby-food entrepreneur whose new company claims to sell a cleaner diaper. The founder of Happy Family Organics, who in 2013 sold that company to French food conglomerate Danone for an estimated $250 million to $300 million, has since started a new baby-products business called Healthynest. On Thursday, the company is unveiling a disposable diaper that claims to be free of many chemicals and made out of plant-based materials, and that fully discloses its ingredients list.

“Your skin is basically your largest organ. It absorbs everything you put on it…and a baby’s sitting in a diaper for three years of life, while their brain is forming,” Visram says. “And there’s no regulation on what you can put in that diaper.”

At least not from the U.S. Food and Drug Administration, which considers adult diapers to be medical devices but does not include child diapers in that definition. Instead, the products are regulated by the U.S Consumer Product Safety Commission (CPSC), an agency that has been subject to some recent criticism for its responses to faulty infant products and that does not require manufacturers to publicly disclose the ingredients or materials in their diapers. (In 2010, the agency investigated parents’ complaints that a new line of Pampers diapers was causing rashes but found no specific cause linking the products to the symptoms.)

A mother of two, Visram has built her career on paying attention to the ingredients in everything eaten and otherwise ingested by children. But her son’s diagnosis of autism, at age 2, intensified her interest in creating more products that would promote early childhood development and neurological health.

Diapers, as something that babies wear for the first few years of their lives, seemed like a natural next product for Visram—and one where regulators in Europe, where her diapers are manufactured, have pushed for more stringent rules. Healthynest has now raised an undisclosed amount of money from other organic-food and entrepreneurial celebrities, including Spanx founder Sara Blakely, Siggi’s founder Siggi Hilmarsson, Bulletproof founder Dave Asprey, and Coach chairman Lew Frankfort.

Then Visram turned to the Environmental Working Group (EWG), an advocacy organization where she already sat on the board, to develop a third-party certification for her new product. The EWG, which is known for its Skin Deep database of the ingredients in cosmetics and skin care products, is also on Thursday unveiling its new certification for diapers, starting with Healthynest. To achieve this certification, a diaper manufacturer has to limit its use of plastic; ensure that a long list of chemicals and materials (including parabens and formaldehyde) are not intentionally added to the diapers; and disclose all of its dyes, chemicals, fibers, and other ingredients on the diaper packaging and the manufacturer’s website.

“We’re hoping that our standard will drive the industry faster than it could be driven by a process at the Consumer Product Safety Commission, and we’re hoping that other companies jump in to follow Healthynest’s lead,” says Ken Cook, EWG’s president.

Visram says that her close relationship with the group didn’t make it easy to meet its standards. We first spoke in August, a week or two before she was initially planning to launch her Healthynest diapers. Then the EWG informed her that she had to secure additional documentation—not only from her manufacturer, but also up and down its supply chain—to verify that all of her suppliers met the EWG’s transparency requirements.

“It’s been such a slog. I can’t tell you how challenging it became, to coordinate everything,” Visram said on Monday, four months after our initial conversation. “But this process has made us truly verify it in ways I never expected.”

Update, December 11, 2020: This article has been updated to further clarify how the EWG’s certification was developed.