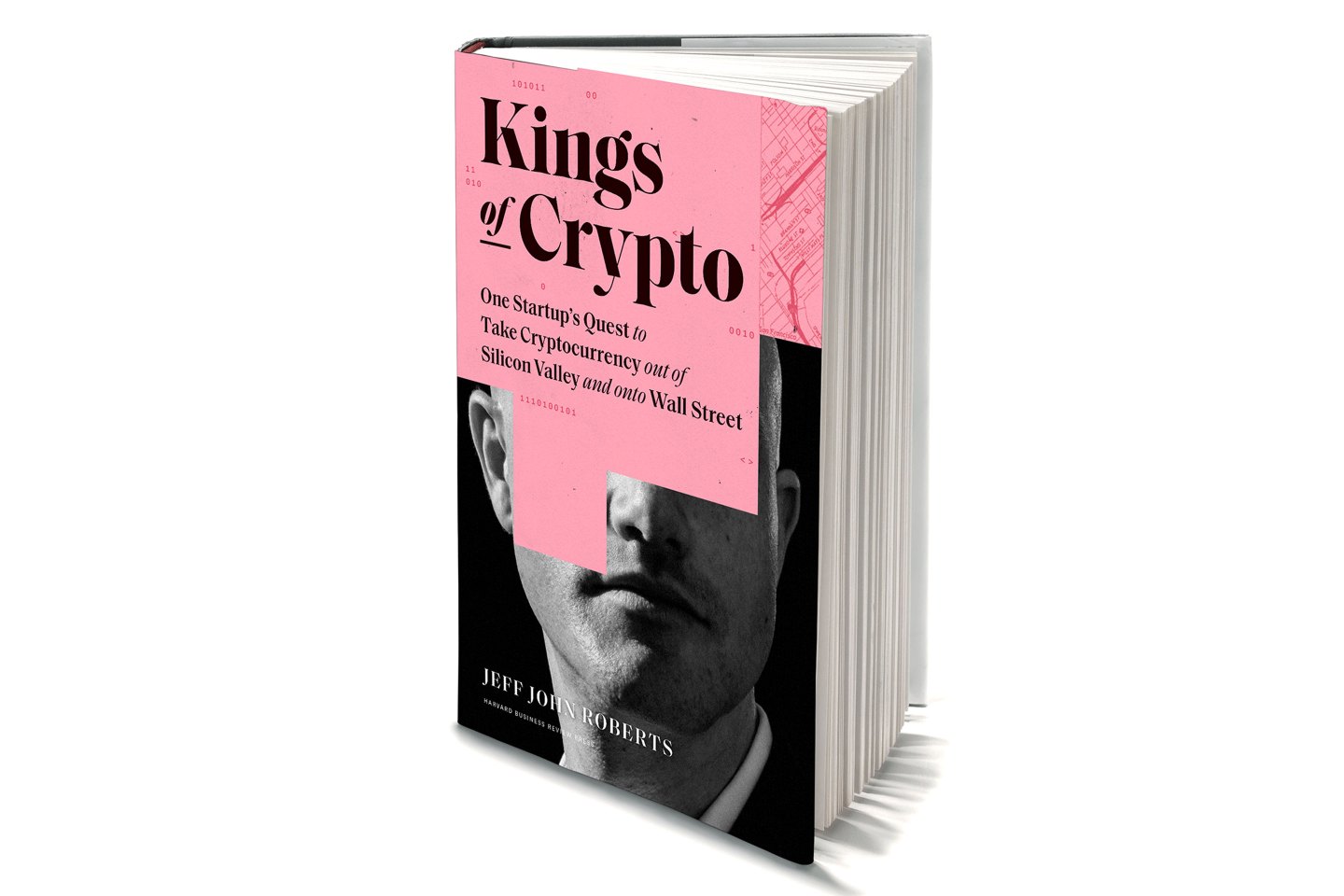 In his new book, Kings of Crypto: One Startup’s Quest to Take Cryptocurrency Out of Silicon Valley and Onto Wall Street, Fortune senior writer Jeff John Roberts depicts the rapid rise of Coinbase, the digital currency exchange. Coinbase has become one of the dominant platforms for the trading of Bitcoin and other cryptocurrencies, and the company has generated plenty of controversy along the way. In this scene, Roberts captures the wide cultural gap that separated the fintech upstart and its entrenched Wall Street competitors in Coinbase’s earlier days.

For a story about one of Coinbase’s fellow fintech startups, the brokerage Robinhood, click here.

Adam White had seen a lot of things in the Air Force and at Harvard Business School. And since joining Coinbase as employee number five, he had risen to run GDAX, the company’s exchange for professional cryptocurrency traders. Now, in the fall of 2017, GDAX had become a cash cow as Coinbase steamed toward $1 billion in annual revenue, and White was ready for a new challenge. He figured he could handle anything the business world threw at him. Coinbase’s CEO, Brian Armstrong, threw Cantor Fitzgerald at him.

The famous firm embodied every stereotype of Wall Street’s clubby culture. Working at Cantor Fitzgerald meant wearing suspenders and three-piece suits. It meant spending hours over expensive steak dinners and fine scotch, braying about how much money you made.

And as befit Cantor’s reputation as an A-list banking and brokerage firm for many of the world’s wealthiest and most sophisticated companies, working there also meant enjoying a coveted status. Cantor is one of only a handful of firms that the Federal Reserve Bank of New York has designated to act as a market maker for federal securities, which means acting as Uncle Sam’s bond broker.

It was now White’s job to sell Cantor on the benefits of crypto and doing business with Coinbase. The fabled firm, he hoped, might want Coinbase’s help in offering Bitcoin to its clients or perhaps hear White’s explanation of how blockchain—the technology underlying cryptocurrency—could one day transform the process for clearing securities. Meanwhile, a tie-up with Cantor would be a feather in the startup’s cap and go a long way toward legitimizing a crypto industry many still saw as disreputable.

White met reps from the firm on 59th Street in a tower overlooking Central Park. Cantor Fitzgerald’s headquarters had long been located at the top of the World Trade Center’s North Tower until a Boeing 767 jet stuck the building five floors below them on September 11, 2001. The firm lost 658 employees—two-thirds of its New York workforce—including the brother of CEO Howard Lutnick. Defiantly, Lutnick brought the firm’s trading markets back online the next week, saving the company and eventually paying out benefits to relatives of employees killed in the attack.

Now, Lutnick stood at the head of a phalanx of Cantor staff who had come to meet White. White did not meet phalanx with phalanx. He brought the friendly, self-effacing, and easygoing disposition of a native Californian and little more. Lutnick quickly noticed White wore no tie and arrived with no retinue. And then he saw the title on his business card: General Manager.

In Silicon Valley, titles—like clothes—are often informal, sometimes creative, like “Digital Prophet” or “Innovation Sherpa.” Many startups treat titles like a rack of hoodies—pull one off the rack, try it on, try another. Find one you’re comfortable with. Old-line finance firms, on the other hand, where high achievers earned nicknames like “Human Piranha,” treat titles as critical badges of power and status. Ranks like “executive managing director” and “senior managing director” matter. They send important signals about who is worth investing time in, who is serious, and who can be ignored. Lutnick scoffed at the idea that Coinbase would send a “general manager”—whatever that was—to waste his time. Didn’t they know who he was?

“So I sat down with this big, sharp-elbowed financial company, trying to work a deal,” White recalls. “There must have been a dozen of them and there was just me. Then the CEO laughs at me and goes, ‘Hey, GM, are you going to make my coffee?’ I came out to New York and got my ass handed to me by old-school traders.”

Humiliated, White went home without a new client for Coinbase. But he would get the last laugh. One year later, he would join a new cryptocurrency venture launched by Wall Street giant Intercontinental Exchange, becoming its president soon after—a sign that even the most traditional New York financial firms were coming around to crypto.

Reprinted by permission of Harvard Business Review Press. Excerpted from Kings of Crypto: One Startup’s Quest to Take Cryptocurrency Out of Silicon Valley and Onto Wall Street, by Jeff John Roberts. © 2021 Jeff John Roberts. All rights reserved.