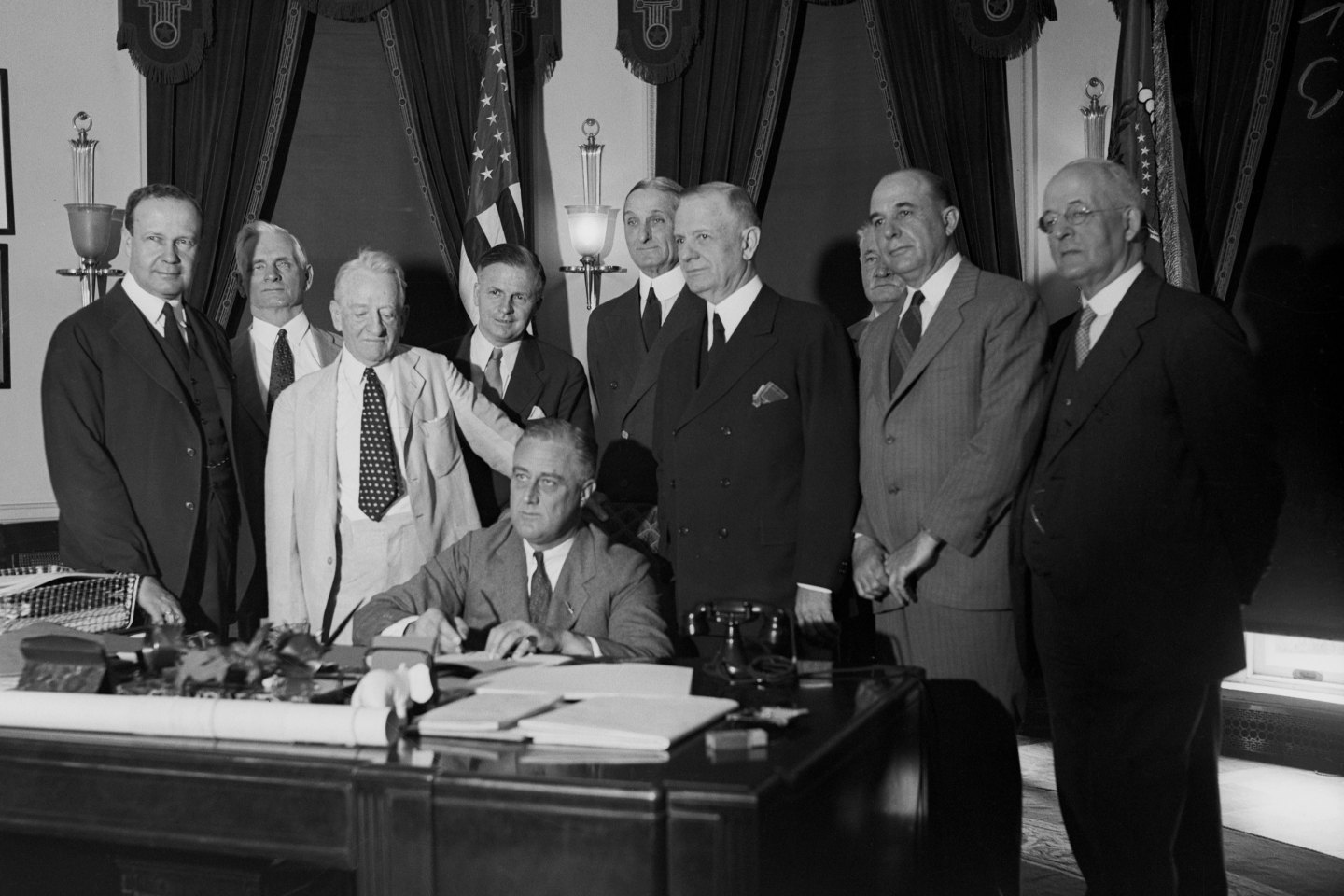 Prior to 1980, the Glass-Steagall Act of 1933 maintained a strict separation between our banking system and our capital markets. However, financial regulators opened loopholes in Glass-Steagall during the 1980s and 1990s, allowing banks to engage in securities activities and permitting nonbanks to offer bank-like products.

The federal government’s response to the financial crisis went far beyond the traditional U.S. policy of protecting banks and bank depositors. Federal authorities effectively wrapped the federal “safety net” around our entire financial system. By doing so, they “bankified” our financial markets.

The Dodd-Frank Act’s regulatory reforms did not correct the deeply flawed structure of the financial system—including the dominance of universal banks and shadow banks—that caused the financial crisis of 2007–09. Consequently, federal agencies felt compelled to provide another series of bailouts when the COVID-19 pandemic triggered a new financial crisis. Federal authorities aggressively intervened in March to protect universal banks, shadow banks, and short-term financial markets from failure. In addition, federal agencies took the unprecedented step of backstopping the corporate bond market.

That extraordinary measure was not coincidental. Universal banks and shadow banks promoted a massive expansion of corporate debt during the past decade. The debts of U.S. corporations reached a record level of $10.5 trillion in March 2020. Almost two-thirds of those debts were either rated as “junk” or received the lowest investment-grade rating (BBB). Corporate debt markets would have collapsed without the federal government’s backstop, with severe knock-on effects for our financial system and economy.

This year’s events have once again revealed the unhealthy bankification of our financial markets. Now federal regulators are trying to bankify the rest of the economy. The Office of the Comptroller of the Currency (OCC)—the regulator of national banks—wants to give national bank charters to fintechs that offer lending or payment services but do not accept deposits. The Federal Deposit Insurance Corporation (FDIC) is considering a rule that would allow all types of commercial firms to acquire FDIC-insured industrial banks (consumer banks chartered by Utah and several other states).

The OCC’s and FDIC’s initiatives would allow technology firms and other commercial enterprises to obtain banking privileges and benefits—including access to the federal “safety net”—without complying with many of the prudential requirements governing FDIC-insured full-service banks. For example, commercial owners of fintech national banks and industrial banks would not have to comply with the Bank Holding Company (BHC) Act, which prohibits affiliations between FDIC-insured full-service banks and commercial firms. That prohibition is the cornerstone of our historic policy of separating banking and commerce.

The Glass-Steagall and BHC acts separated banking from commerce to prevent undue concentrations of financial and economic power and to minimize conflicts of interest in bank lending and investment advice. A bank that controls—or is controlled by—a commercial firm has powerful and dangerous incentives to use its lending and investment policies to support its commercial affiliate. Problems that arise in the commercial affiliate are likely to infect the bank, as shown by the recent collapse of Wirecard in Germany.

If the OCC’s and FDIC’s initiatives succeed, Congress will face intense pressure to repeal the separation of banking and commerce. Big Tech firms will lobby for permission to acquire full-service banks, and big banks will push for authority to acquire technology firms. If Congress gives in (as it did when it repealed Glass-Steagall), mergers between Big Tech companies and big banks are virtually certain to occur.

The result will be a bankification of our economy. Giant banking-and-commercial conglomerates will spread across the nation. Commercial owners of banks will profit from the federal “safety net,” including the ability to offer FDIC-insured deposits—the cheapest and most stable source of funding available in the private market. Large commercial firms that own sizable banks will be considered “too big to fail” and will enjoy enormous advantages over smaller competitors that can’t afford to acquire banks.

When the next crisis occurs, federal agencies will feel compelled to rescue not only our financial system but also our leading banking-and-commercial conglomerates. Market discipline, which has already been greatly weakened in our financial markets, will largely disappear from the rest of our economy.

Congress should also prohibit nonbanks from offering short-term financial instruments that function as deposit substitutes. Only banks should be allowed to issue money market mutual funds, commercial paper, and repos. Requiring nonbanks to fund their operations with longer-term securities would eliminate the shadow bank business model, restore market discipline, and improve the stability of our financial markets.

Second, Congress should reaffirm the separation of banking and commerce by overruling the OCC’s and FDIC’s initiatives. Both measures would return banks to their traditional roles as objective providers of deposit, credit, payment, and fiduciary services. The “too big to fail” problem would be greatly diminished with the elimination of universal banks and the likely disappearance of shadow banks. Banks and commercial firms would be prevented from exercising any type of control over each other.

Banks and the capital markets would once again become independent sectors with strong incentives to serve the needs of consumers, communities, and Main Street businesses. Our financial system and our economy would become more stable, more competitive, and more productive.

Art Wilmarth is a professor emeritus of law at George Washington University. This essay is based on his recently published book, Taming the Megabanks: Why We Need a New Glass-Steagall Act, and his testimony before the House Financial Services Committee’s Task Force on Financial Technology on Sept. 29, 2020.