When ‘going the extra mile’ becomes a problem 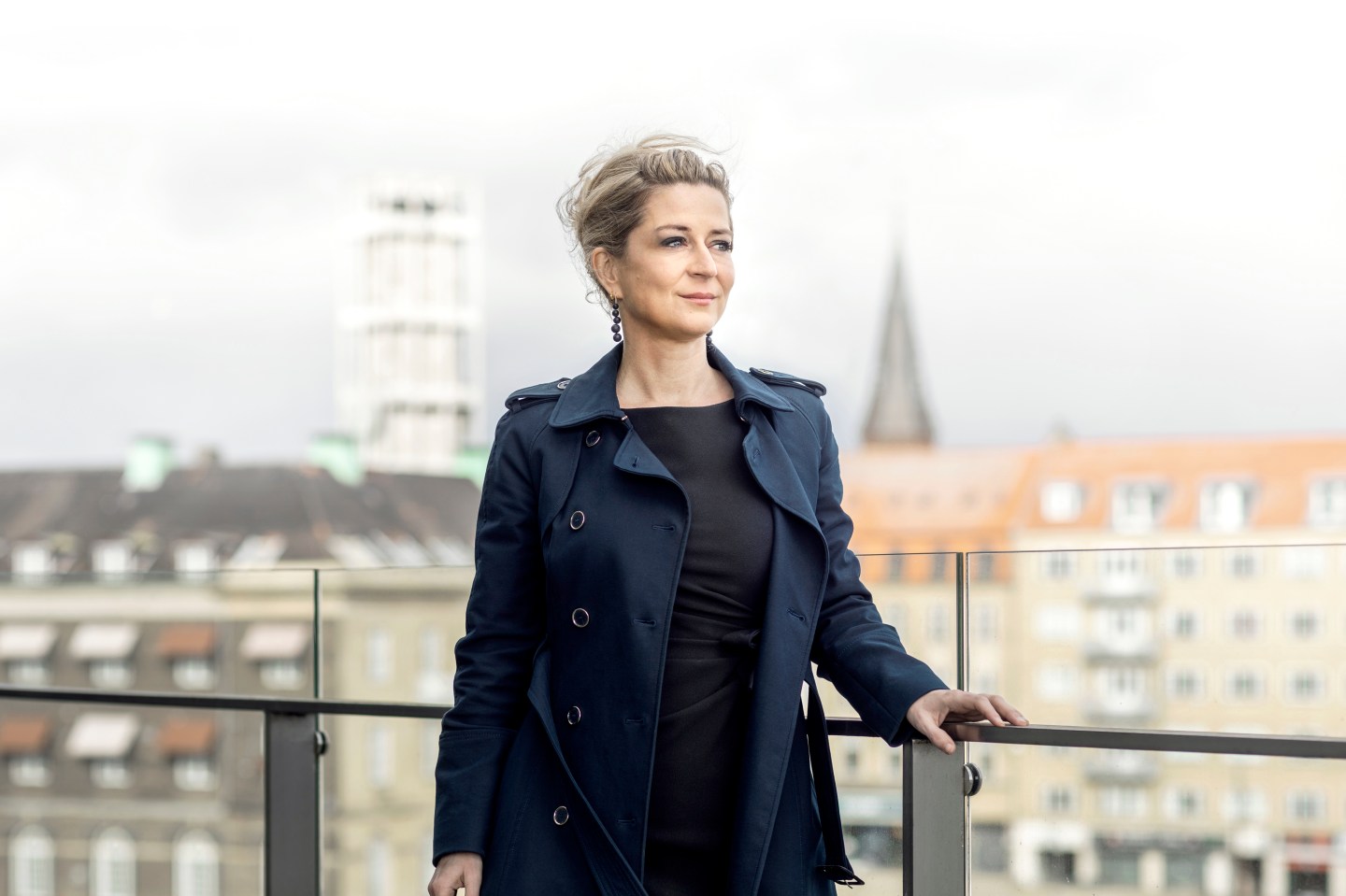 Helle Østergaard Kristiansen is the CEO of Danske Commodities, based in Aaarhus, Denmark.
Thomas Priskorn

Good morning, Broadsheet readers! Republicans are divided over the RNC’s leadership, women-led blockbusters head to streaming, and job descriptions make a difference in the energy industry. Have a motivated Monday.

A new Fortune story by Katherine Dunn provides us with a real-world example of a similar phenomenon. Katherine, who reports for Fortune out of London, interviewed Helle Østergaard Kristiansen, the CEO of Danish energy trader Danske Commodities. Danske’s parent company Equinor was one of the first legacy oil giants to aim for near net-zero emissions by 2050, and Kristiansen is in her second year leading Danske through trading “a deeply complex, finely balanced power market, with all the fluctuations of wind and solar power that entails, across an entire continent.”

But along with those responsibilities, Kristiansen has worked to evolve her company’s workforce. And the trader found that its job ads, unsurprisingly, had a huge impact on who applied. “Previously, it has very much been in the wordings, like ‘doing what it takes,’ ‘go the extra mile,'” the CEO told Katherine. “Which is not maybe very appealing to a female trader.”

Now, the company instead straightforwardly describes the responsibilities and qualifications needed for a position. That change was implemented as its workforce, which is still 78% men, became younger, with an average age of 33, and more focused on candidates with PhDs in software engineering than traditional traders.

“That’s actually the fantastic part of being part of a trading company. It’s very much about qualification, and you’re measured on your results, nothing else,” she says. “For female candidates, it should be an interesting sector to join: you’re part of the energy sector that is moving so fast, it’s so important for the future of every one of us.”

Read the rest of Katherine’s story, including much more detail on Danske’s work in the energy industry, here.

- Run RNC. A fight over the future of the GOP is playing out via the Republican National Committee. Ronna McDaniel is seeking reelection as RNC chair with the backing of President Trump—an endorsement that is dividing Republicans who are on board with Trump's continued influence and those who want the RNC to move past Trump after his presidency. New York Times

- Dean's corner. Erika James became dean of the Wharton School of the University of Pennsylvania at the beginning of the year. In this interview, she talks about being the first woman and first Black woman to lead the business school, choosing to use her business acumen in academia rather than the corporate world, and more. New York Times

- All about ESG. Why do investors like socially responsible companies? Savita Subramanian, head of U.S. equity and quantitative strategy and head of global ESG research at Bank of America Merrill Lynch; Sarah Ketterer, CEO and fundamental portfolio manager of Causeway Capital; and Mallun Yen, founder and general partner of early stage venture capital firm Operator Collective weigh in at a Fortune roundtable. Fortune

MOVERS AND SHAKERS: President-elect Biden is expected to name Linda Thomas-Greenfield, a 35-year Foreign Service vet, as his ambassador to the UN. Lauren Williams announced that she will leave her role as editor-in-chief of Vox; with Akoto Ofori-Atta, she will launch Capital B, a new local and national nonprofit news organization serving Black audiences. Celestine Maddy, the former SVP of marketing at The Wing, joins Pinterest as global head of consumer marketing.

- Prenatal fear. Undocumented women who become pregnant have avoided seeking prenatal care or giving birth in hospitals because of fear of the Trump administration's immigration policies. Health professionals are trying to encourage women not to risk their health, but, says doctor Margaret Kini: "Nobody can falsely reassure them because anything is possible these days." New York Times

- Home blockbuster. Wonder Woman: 1984 will be the second woman-directed big-budget movie to premiere on streaming this year, after Mulan. The Wonder Woman sequel will debut on HBO Max the same day it hits theaters in December. Fortune

- Back in action. Skier Mikaela Shiffrin returned to competition for the first time in almost a year on Saturday. The Olympic champion lost her father in early February, a month before the coronavirus pandemic hit the U.S. "Maybe [resiliency] is bouncing back," Shiffrin said of moving forward. "But it’s also just rolling out of bed some days." USA Today

- A.I. says smile. A new paper on artificial intelligence finds that Google's cloud image service affixes the labels "official" and "businessperson" to images of men, but marks photos of women with "smile" and "chin." "It results in women receiving a lower status stereotype: that women are there to look pretty and men are business leaders,” says researcher Carsten Schwemmer. Wired

Women in finance have to ask for promotions. Men don’t Fortune

"This is not a girl who’s made to be a victim or who’s only there to inform another character’s journey. She defines her own journey."

- Kiera Allen, an actor who stars in the new Hulu thriller Run, on representing disability onscreen