We are slowly getting more statues to honor great women—but why are some of them naked? 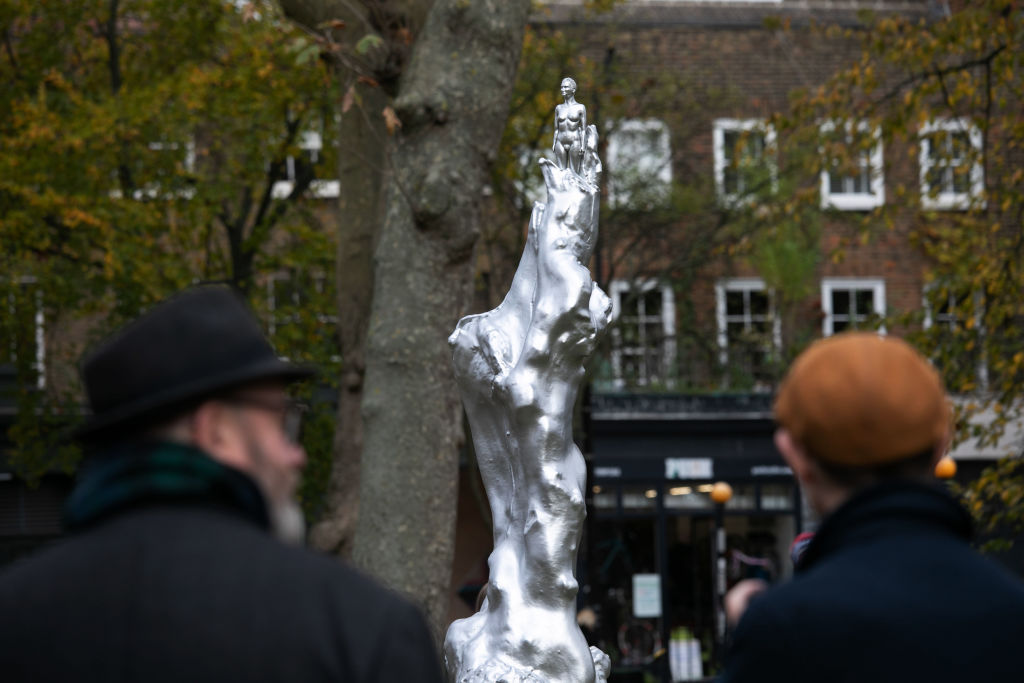 Good morning, Broadsheet readers! Goldman’s partners are more female than ever, Ronna McDaniel could stay atop the RNC, and should female statues cover up? Have a relaxing weekend!

– Statuesque. Have you been following the debate over the new public sculpture dedicated to feminist icon Mary Wollstonecraft?

Located in London’s Stoke Newington neighborhood, the statue, created by British artist Maggi Hambling, was just installed on Tuesday and is already ruffling feathers. It’s intended to honor Wollstonecraft, a 17th century writer whom this New York Times story calls a “mother of modern feminism.” (She was also the literal mother of author Mary Shelley.) The problem—at least according to some: the statue features a naked woman (who may or may not be intended to be Wollstonecraft), complete with “idealized physique.”

To critics, the idea that a statue honoring a trailblazing feminist includes the body of a naked woman is, understandably, infuriating. A Guardian piece on the tribute cut right to the chase, asking, “would a man be ‘honoured’ with his schlong out?” In that piece, writer Rhiannon Lucy Cosslett lumps the Hambling statue in with a controversial new piece of New York City public art featuring a nude Medusa, asserting that both fall into “‘It’s a naked lady, so it must be art’ syndrome.'”

When NYT writer Eleanor Nairne arrived in Stoke Newington to view the work, a woman was attempting to cover the statue’s nudity with a t-shirt. But Nairne doesn’t share the impulse—she suggests that by avoiding a traditional representation, Hambling may have captured something essential about Wollstonecraft’s work. In one of the article’s many rhetorical questions, she wonders whether the woman’s nakedness might be “understood as a metaphor for Wollstonecraft’s vision of personal authenticity? A woman stripped of society’s trappings?”

I myself am not an art critic—though I hope I can visit London again some day soon so I can judge for myself. In the meantime, perhaps both sides can agree that just having some public art by and in tribute to women to argue about is a big step in the right direction.

- Howdy, partner. Goldman Sachs promoted 60 bankers to partner yesterday. Sixteen of the group are women—the bank's highest-ever percentage—but my favorite detail is that Anne-Victoire Auriault, who at 32 is likely the youngest woman to make partner at Goldman, got the call while on maternity leave. WSJ

- Not a pretty picture. In the wake of Emily Ratajkowski's essay in The Cut accusing photographer Jonathan Leder of sexually assaulting her and then profiting from photos of her that were used without her permission, other women have come forward to with similar claims. (Leder has denied Ratajkowski's accusations, but didn't respond to the NYT's request for comment on the more recent charges.) New York Times

- Photo finish. One of the outstanding Congressional races is now over, according to the Associated Press. Lauren Underwood (D–Ill.) has won reelection in a closer-than-expected contest. She was the youngest Black woman to serve in Congress when she flipped a red district to win her seat in 2018. Her opponent, Jim Oberweis, had claimed victory the day after the election and said yesterday that he is not conceding. Chicago Tribune

- Will the real Iron Lady please stand up? Gillian Anderson's portrayal of Margaret Thatcher in the new season of The Crown is getting a ton of buzz—but she's not the first to try to inhabit the Iron Lady. Anderson and four other performers talk about their experiences stepping into the former Prime Minister's shoes. New York Times

'I come up short every day': couples under strain as pandemic upends life at home NPR

"I could not get over the difference in women skiing with only women."