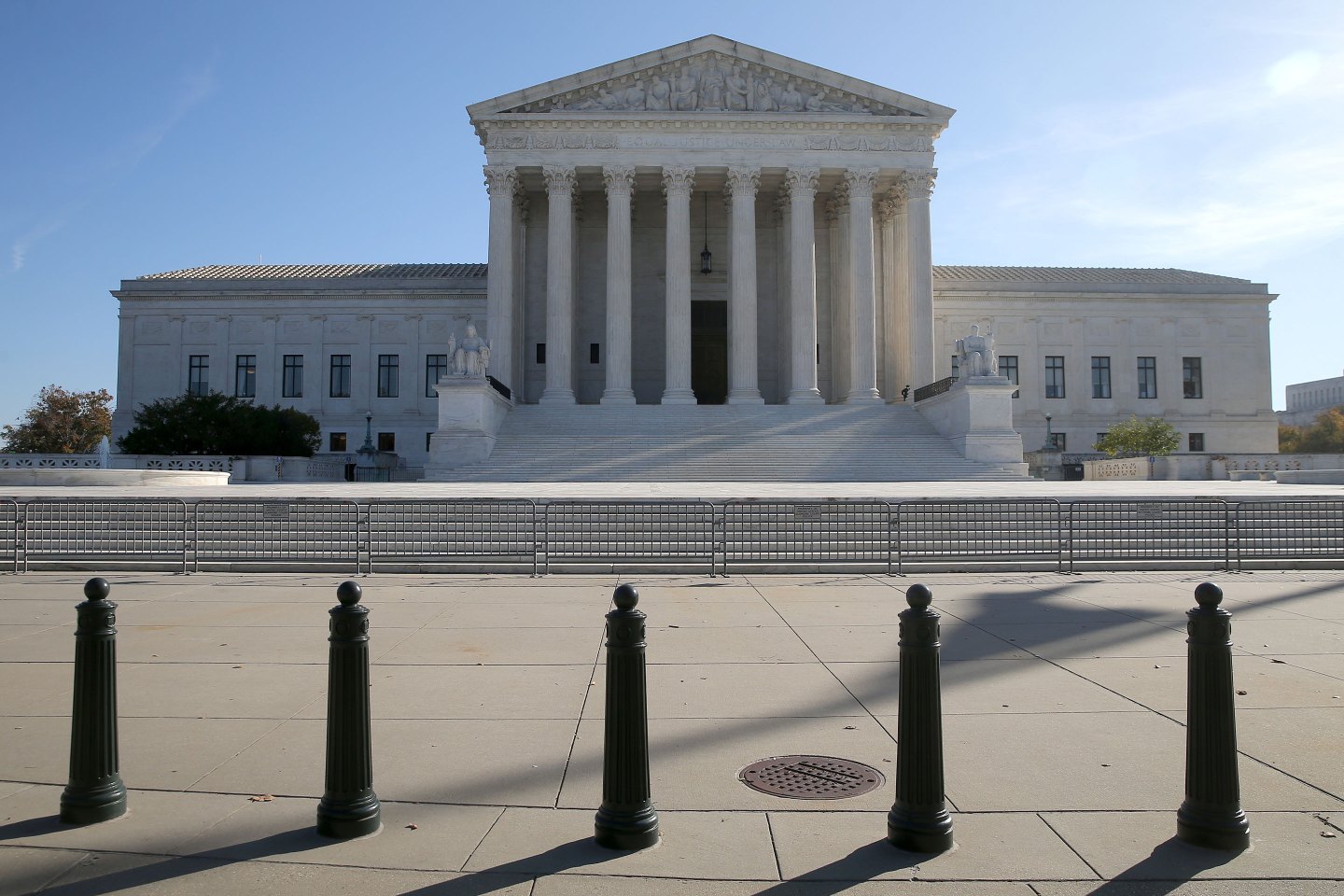 The Supreme Court hears arguments Tuesday in a case that could invalidate the entire Affordable Care Act. If that’s the Justices’ decision, it would likely—and instantly—become the largest business and economics story of 2021.

The hearing on Tuesday will provide early hints of which way the Justices are leaning. The plaintiffs—18 states with Republican governors, led by Texas, plus two individuals—argue that the Affordable Care Act, also known as Obamacare, is unconstitutional. A ruling to that effect would upend U.S. health care, the largest sector of the world’s largest economy, accounting for 18% of America’s GDP. More than 20 million people would lose their health insurance, says the American Medical Association. Coverage of pre-existing conditions, including COVID-19, would no longer be guaranteed. Adult children would no longer be guaranteed coverage under their parents’ insurance until age 26.

Drugmakers, insurance companies, hospitals, doctors, nurses, device makers, and the other members of America’s $3.6 trillion health care sector would be suddenly untethered from the rules they’d lived by for years, with no clear guidance on what comes next. Having built a huge economic structure on the foundation of the ACA, which was passed 10 years ago, they wouldn’t be sure what would collapse when the foundation suddenly disappeared. In theory the resulting changes could be addressed in private markets, but the health care industry needed years to adapt to the ACA. After a decade it could not quickly revert to the pre-ACA world. Bottom line, concludes an analysis by the USC-Brookings Schaeffer Initiative for Health Policy, “a Supreme Court decision to strike down the ACA would create chaos in the health care system.”

Disruption of public health care—Medicare, Medicaid, and other programs—would be especially severe, and the response “is likely to be quite chaotic,” says the analysis. The problem is that myriad rules, regulations, and laws now in effect “presupposed the existence of an ACA provision,” says the analysis, and “those new rules are fully ‘baked in’ to Medicare’s policies for making $800 billion in annual payments.” Figuring out what all those rules and laws mean in a world without the ACA “would likely take months or years” and “would likely spur additional litigation given the financial stakes involved.” More years.

While the weight of expert opinion is that the ACA will probably survive the case before the court, the fact that this case has made it to the Supreme Court is surprising and introduces a jolt of uncertainty. Even some right-leaning legal experts dismiss the case’s argument. Political analyst Yuval Levin, writing in National Review, said that though hardly anyone is “more opposed to Obamacare than I am,” the plaintiffs’ logic “doesn’t even merit being called silly. It’s ridiculous.” The Wall Street Journal’s editorial page, another stalwart ACA opponent, argued in 2018 that a lower court’s decision in the case, that the ACA must be repealed, should be and would be overturned; in fact it was sent back to the lower court for reconsideration of whether the entire act had to go, and from there it has reached the Supreme Court.

The plaintiffs’ argument, extremely condensed, focuses on the “individual mandate,” the requirement that most people must buy health insurance, and on the ACA’s monetary penalty for not doing so. The Supreme Court ruled in 2012 that the penalty-enforced mandate was constitutional because the penalty was a tax. Then, in 2017, Congress reduced the penalty to zero. The plaintiffs argue that if the penalty is zero then it isn’t a tax, so the court’s 2012 reasoning no longer applies, and the mandate is unconstitutional. The plaintiffs argue further that the entire ACA is therefore unconstitutional—that the individual mandate is not “severable” from the rest of the law, so the court could not merely excise that provision and let the rest of the law stand.

Much of the health care industry will be listening on Tuesday to see if the Justices seem skeptical of those arguments. The conservative majority makes the court potentially more anti-ACA than it was a few years ago, but that doesn’t necessarily mean it will endorse the plaintiffs’ reasoning. Chief Justice John Roberts, the court’s most centrist member, wrote the 2012 opinion allowing the individual mandate, and conservative Justice Samuel Alito has written in favor of setting a high bar for arguments against severability. The newest justice, conservative Amy Coney Barrett, testified in her confirmation hearings last month that “the presumption is always in favor of severability.”

The court’s decision, like nearly all of its most important decisions, is expected in June.