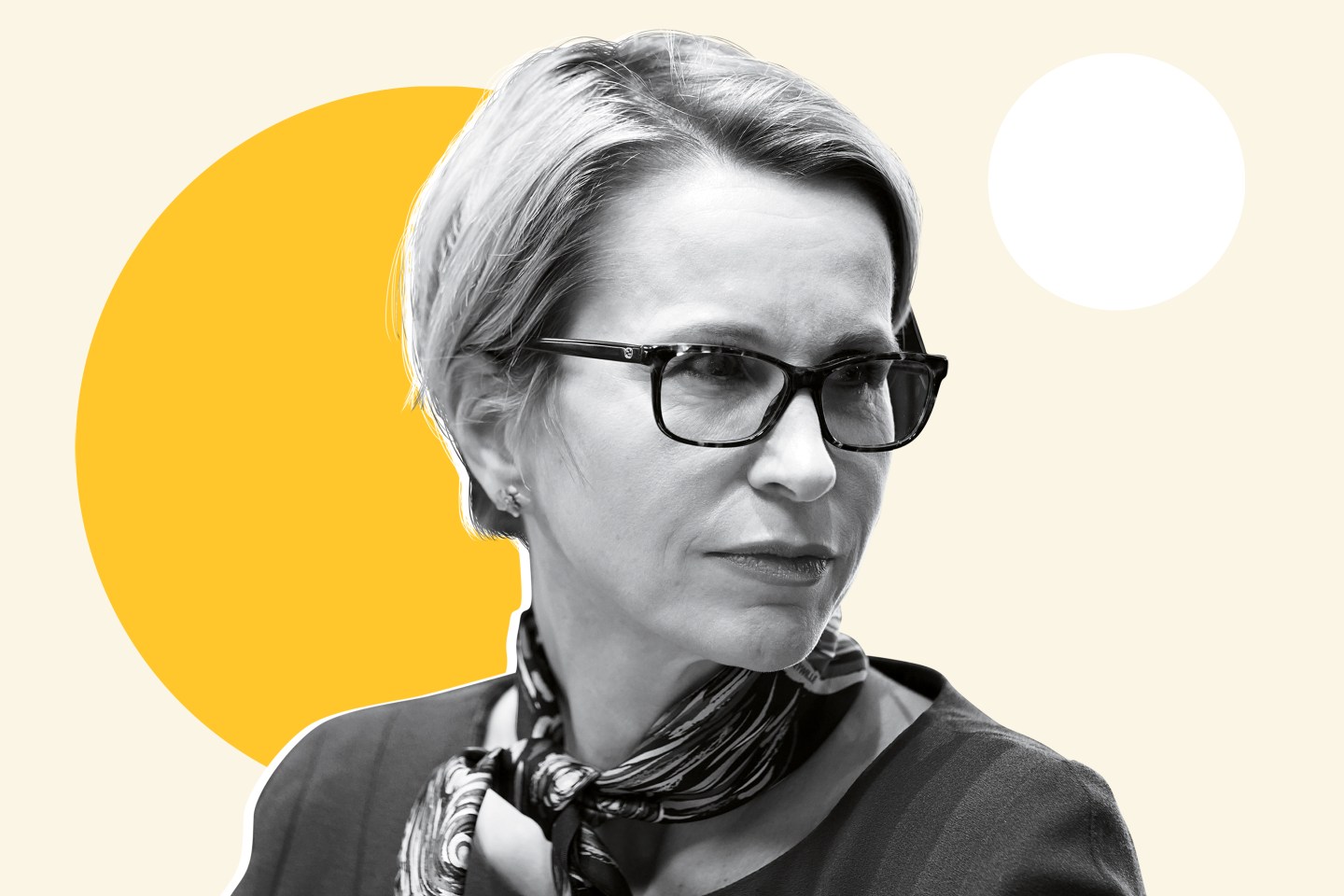 For this list too we shook up the methodology to reflect the unprecedented crises sweeping the globe this year—the pandemic, economic turmoil, and climate change. Fortune‘s MPW list was founded two decades ago on four metrics: the size and health of a woman’s business, the arc of her career, and her societal and cultural influence. This year we considered not just how much power a woman had amassed, but how she’s using it to shape the world around her.

The women at the very top of the list reflect that new criteria. At No. 1, GlaxoSmithKline CEO Emma Walmsley has directed many of her drug company’s resources to the fight against COVID-19 (all while keeping up her thriving pharma business). Ping An, the massive insurer No. 2 Jessica Tan co-leads, played a pivotal role in responding to China’s outbreak.

The women hail from 21 countries, and there are a whopping 17 newcomers on the list, many of whom were tapped to lead companies in the midst of turnaround efforts. Take our new No. 7, for instance. Martina Merz joined the supervisory board of Thyssenkrupp, the storied but troubled German conglomerate, in December 2018 and became interim CEO last October after the previous chief executive was ousted after 14 months. She won the job on a permanent basis in April after selling the group’s most profitable elevator business for $18.9 billion and capturing the support of shareholders who’d previously been at odds: the Krupp family foundation and activist investment funds.

Merz’s work continues, as does that of all the women on our list as they face a business climate unlike any other. You can learn more about what they’re up against—and what they’ve achieved so far—here.

- Clean-up job. Fortune's Phil Wahba profiles Linda Rendle, the new CEO of Clorox. Before she was named to the top job, Rendle developed a strategic plan for the company. Her foresight is coming in handy as the brand races to keep its flagship product on store shelves. Fortune

- College for childcare. Washington, D.C. now requires childcare workers to earn college degrees in an attempt to shift the workforce from being seen as babysitters to being treated as early childhood education professionals. Critics say the requirement places a burden on childcare workers, many of whom will have to take on debt without the prospect of higher wages. Washington Post

- Early divide. Women are more likely than men to say they plan to vote early rather than on Election Day, according to a NYT/Siena College poll. One possible explanation: men's lower level of concern about coronavirus. New York Times

- Whitman for Biden? Joe Biden's transition team is reportedly considering Meg Whitman, currently CEO of Quibi, as a possible Republican cabinet member. The once-common bipartisan olive branch appointment is likely to anger progressives; President Trump did not continue the tradition by naming a Democrat to any post. Politico

MOVERS AND SHAKERS: Laurentian Bank of Canada named former Scotiabank EVP, global business payments Rania Llewellyn CEO; she will be the first woman to lead one of Canada's big banks. Valerie Jarrett joins Ralph Lauren's board of directors. Former Disney executive Salaam Coleman Smith joins Pinterest's board of directors. Claudia Eller will return as editor-in-chief of Variety; she was placed on leave after arguing with a critic of her newsroom's approach to diversity. She will now have a co-EIC, former business editor Cynthia Littleton. Mita Mallick, former head of diversity and cross cultural marketing at Unilever, joins Carta as head of equity, inclusion, and impact. Refinery29 promoted Chelsea Sanders to VP, brand innovation and strategic partnerships for Unbothered. Karen Mitchell Curran, Lisa Daniels, Deborah Ellinger, Tandra Jackson, and Mary Beth Vitale join the board of WomenCorporateDirectors Education and Development Foundation; the organization's new lead director and board chair is Camille Asaro.

- Running start. The future of Kohl's will involve less fashion and more activewear, according to a new corporate plan the retailer unveiled after putting it on hold in March. "The Kohl’s store and brand is going to look and feel different," CEO Michelle Gass says. Fortune

- Star power. How did Eva Longoria become one of Hollywood's fiercest activists—fighting for women, for Latinos, and appearing at the Democratic National Convention three elections in a row? This piece charts her rise as a leader in entertainment and beyond: Washington Post

'They just get it’: How women in MLB found support in a group text New York Times

"I had to sing those songs or I was going to die."

-Linda Ronstadt on recording Mexican songs. Record executives had resisted her attempts to engage with her heritage in her music.