To retain customers, businesses need to make them feel as safe as possible. Here’s how 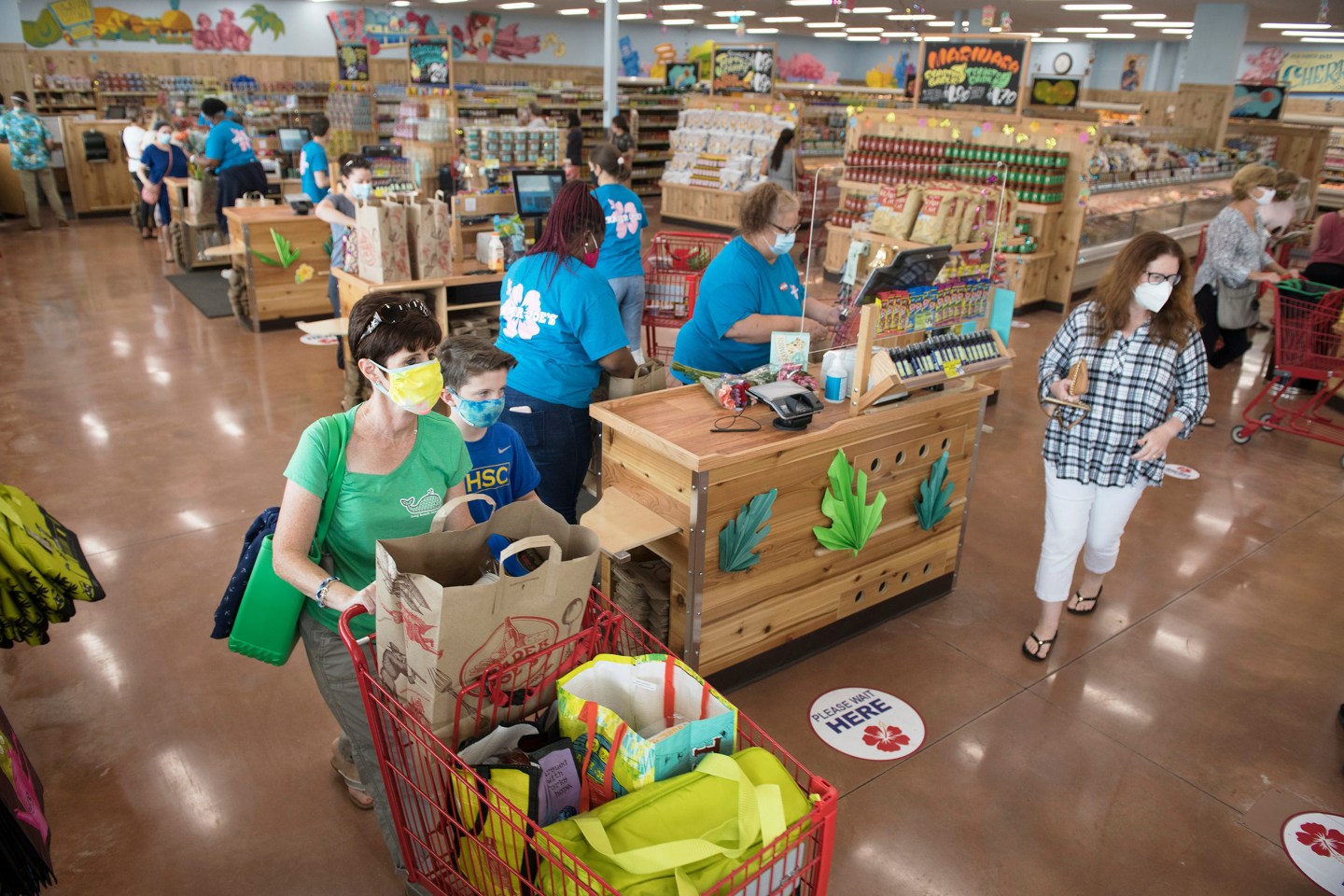 As stores, restaurants, airlines, and offices are trying to lure clients back, this is what they need to do to earn my business: Make me feel safe—no, make me be as safe as possible. As I’ve begun to explore old haunts, some are doing a fabulous job. Others are not.

So my dollars will flow to the former, and I’ll effectively boycott the latter. Think of it as ethical shopping, with a safety twist: I’ll reward businesses that are seriously implementing recommended COVID-19 precautionary guidelines. And I’ll punish, in my own tiny way, those who don’t take them to heart.

Yes, I know businesses across the country have lost huge amounts of money because of the pandemic. But many did get billions of dollars of federal aid to sustain them.

All many of us got was a $1,200 check. Some who would not normally be eligible for unemployment benefits will be able to get them, and some beneficiaries got extended benefits. Some of those have since run out.

It is not that hard to make many businesses relatively COVID friendly and safe, though it requires making that a priority, investing a bit, and thinking out of the box.

My local Trader Joe’s in Washington, D.C., did a stellar job. While I initially limited my shopping to once a week at the crack of dawn, I quickly came to view the store as a safe zone: Shoppers received a squirt of hand sanitizer at the door and were directed to a row of sanitized carts.

Mandatory masking was (politely) enforced, the number of customers in the store was limited, and customers waiting outside were carefully spaced in line at six-foot intervals. Checkout clerks scanned your items from behind a plexiglass partition and placed them back in your cart.

Customers could put their groceries in their carrier bags on a frequently sanitized table outside. If you lived close by, you could simply use the cart to walk the groceries home. Used carts were gathered in an area for re-sanitizing.

Contrast that with a local CVS Pharmacy. Yes, there was a sign on the door indicating masking was required, and plexiglass partitions had been placed at checkout counters. But there was no active enforcement once inside, and it was sometimes crowded. The pile of baskets was, as always, inside the front door, and used ones were placed on top by shoppers as they left.

Some customers picking up medicines had their masks around the neck, and even some of the employees—including sometimes the pharmacist—had pulled down their masks so both nose and mouth were exposed. I know wearing a mask for hours can feel stifling, but if surgeons can do it in the operating room, so can we. And if COVID lingers in the air in enclosed spaces, as we now know it does, not masking could be a problem.

Last week, when I went to pick up a prescription that was not quite ready, I said I wouldn’t wait in a place where so many people were not following our local masking mandate. I left.

On a recent trip to my hometown, New York City, many restaurants in my neighborhood had erected outdoor seating areas on sidewalks and into the street. (Indoor dining was still prohibited at that time.)

But my (formerly) favorite eatery had merely put out a few tables on the sidewalk, which employees wiped down with the same damp cloth. Yes, the tables were (maybe) six feet apart. But tables don’t get infectious diseases, people do. The chairs where potential COVID victims sit (without masks when they eat) were far closer together.

In contrast, the restaurant next door, whose food I normally consider mediocre, had sanitizer at check-in and had set up a tent hung with flowers in what was formerly a parking lane, under which tables were widely spaced with plexiglass partitions separating them.

The wait staff was scrupulous about social distancing. It limited dining to 90 minutes. The food tasted great. Did the restaurant have a new chef, or was it its lovely setup—which really allowed us to relax and not consider a world gone COVID-mad as we ate—that made us enjoy its food more than we ever had?

A high-end Mexican restaurant we visited in Brooklyn went one step further: Each diner had to give a cell phone number at the door in case contact tracing was required. It had created an online menu, so diners made their selections from their phones.

And don’t get me started on airlines, and their varying policies. The risk of in-flight transmission appears to be low if everyone is masked and doesn’t knowingly fly ill. But that’s a big if. Remember, the novel coronavirus’s cousin, SARS-CoV, a far more dangerous but less contagious virus, created an infamous outbreak on a two-hour flight from Hong Kong to Beijing in 2003.

There have been cases related to in-flight exposures in Europe and Asia. Yet Airlines for America, an industry group, said this month that there have been “no confirmed cases of COVID-19 transmission on U.S. flights [italics mine].” Are the Boeings and Airbuses somehow different in Europe than in the U.S.?

And let’s remember epidemiology: There may only be demonstrated cases of in-flight transmission elsewhere because people abroad are more back to normal life than America is. Very few people in the U.S. are flying these days because America still has tens of thousands of new cases a day and leads the world in deaths.

Some airlines, like Delta and Southwest, are not selling middle seats or are selling only about half of their seats. United and American have been flying full whenever they can. On June 30, United’s chief communications officer Josh Earnest (yes, the former Obama White House spokesman), dismissed the blocking of middle seats as “PR.”

Yet that’s not so good if you take off your mask. So why do airlines distribute those little bags of pretzels and nuts anyway? When my daughter flew to grad school in California, I insisted she fly Delta, though other carriers fly the same route.

Instead of trying to create a bit of social distancing, some airlines offer a few concessions. Says American: “Customers on all flights receive sanitizing wipes or gel.” United offers to rebook your flight without a change fee if it’s too full for your comfort the night before. It will notify “customers when we can if their flight is fairly full and give them the option to change it”—though you pay the price difference for a new ticket.

A friend of mine flying London to New York checked a United flight seating chart beforehand and—seeing the middle seat was free—prepared for a long, but relatively safe, flight. Shortly after they took their seat, another passenger sat in the middle seat next to them. If you’re going to start college or visit a sick relative, delaying (and paying a higher price) isn’t really a viable option.

Remember, airlines received tens of billions in taxpayer-funded loans to help them survive the pandemic. And—with their crowded, uncomfortable seats and an explosion of new fees—they do not have a good record in recent years of catering to customers’ needs.

So if the government won’t act to enforce some kind of COVID-era standards for customer satisfaction, we all can use our hard-earned dollars to do so.

Yes, COVID precautions often feel like overkill. There is little chance that I will get COVID-19 from one meal, one flight, or one trip to the pharmacy. But multiply those odds by over 300 million Americans visiting millions of places. Many people—maybe someone you love—will.

Elisabeth Rosenthal is editor-in-chief of Kaiser Health News and the author of An American Sickness: How Healthcare Became Big Business and How You Can Take It Back.