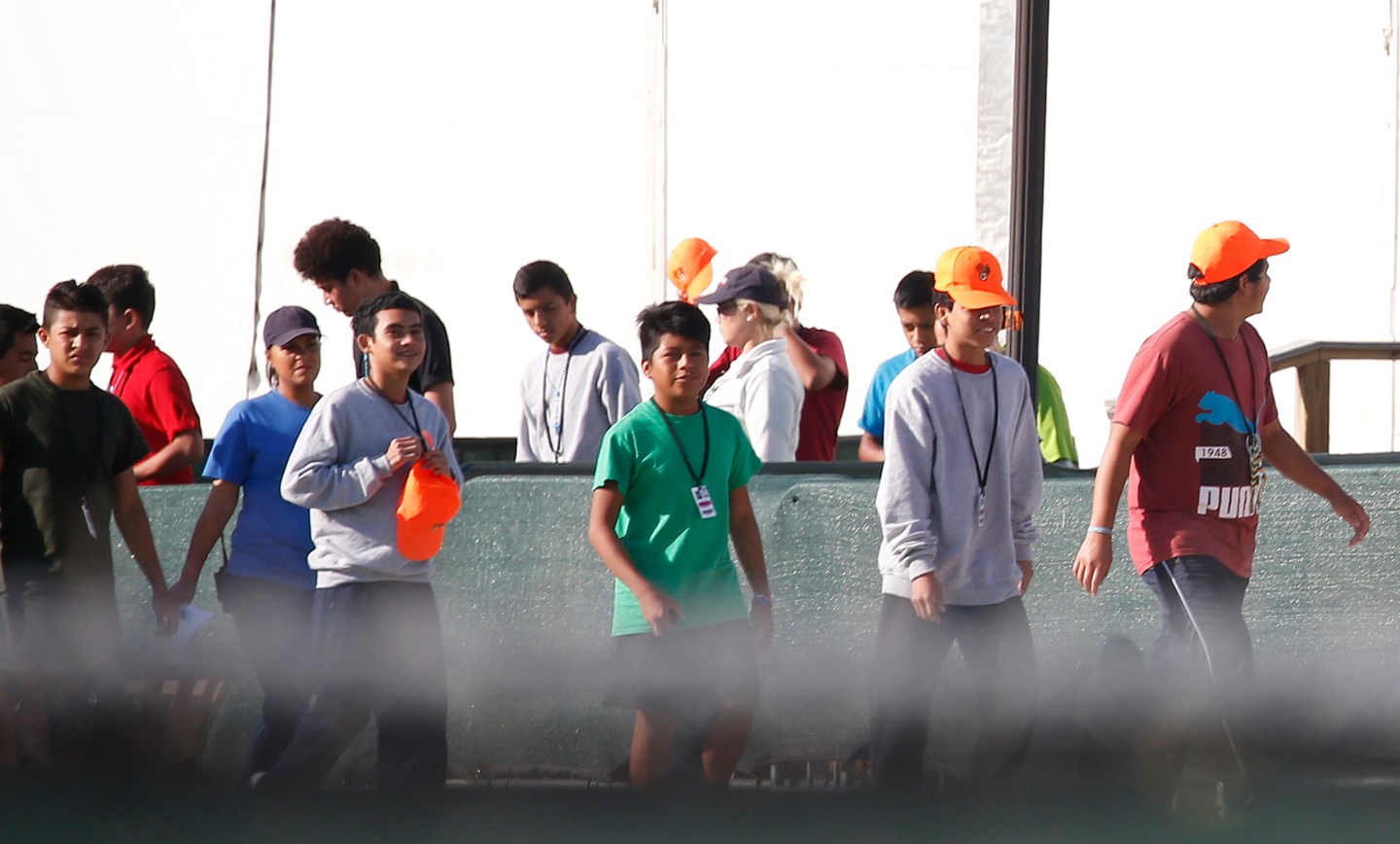 Secretive software firm Palantir Technologies’ offering of a direct listing on Sept. 30 marks one of the most anticipated technology company debuts this year. However, behind the opening curtains lurk the shadows of Palantir’s human rights failings: a company whose technology has facilitated harmful U.S. government policies against migrants and asylum seekers.

Before potential investors consider this listing, they should consider the ramifications: There is a high risk that Palantir is contributing to human rights violations through the U.S. government’s use of its products and services. Furthermore, Palantir has failed to demonstrate it is taking meaningful action to address these risks through human rights due diligence.

Palantir has ongoing contracts with the Department of Homeland Security (DHS) to provide the company’s Integrated Case Management System (ICM) and FALCON analytical platforms for use by DHS’s Immigration and Customs Enforcement (ICE) agency. ICE used Palantir technology to arrest more than 400 people in an operation targeting parents and caregivers of unaccompanied migrant children in 2017, leading to detentions and harming children’s welfare. ICE utilized Palantir technology to plan mass arrests, including workplace raids in 2019 that led to the arrest of nearly 700 people and the separation of children from their parents, causing irreparable harm.

These raids alone also led to the detention of hundreds of people and as many deportations. Palantir’s ICM and FALCON technology facilitated these operations by enabling DHS and ICE to identify, share information on, investigate, and track migrants and asylum seekers to effect arrests and workplace raids.

None of this is news to Palantir.

The company itself has acknowledged this very cause for concern in its S-1 filing, stating that its services are “controversial because of their purported or real impact on human rights, privacy, employment, or other social issues” and that it may experience brand or reputational harm as a result. Palantir also makes note of its relationships with government customers “that are engaged in certain sensitive industries, including organizations whose products or activities are, or are perceived to be, harmful.”

Independent NGOs such as Mijente and coalitions such as the Investor Alliance for Human Rights, as well as media outlets, have consistently and widely reported on how ICE used Palantir technology in operations resulting in family separation and raids, in turn leading to detention in harmful conditions and oftentimes deportation. This happened so much that Palantir’s own employees have protested its activities.

Amnesty International’s own research has documented the human rights violations against migrants and asylum seekers under DHS and ICE through punitive restrictions on access to asylum; illegal family separations; mandatory and indefinite detention, including of children; the return of people to countries where they face serious human rights violations; and unlawful policies authorizing deportations.

The role of Palantir’s technology in ICE carrying out these abuses should give pause to any investor—as should the company’s efforts to obscure its role in family separations, raids, detentions, and deportations.

There is a well-documented discrepancy here: On the one hand is Palantir’s repeated assertion that its products and services are used only for “cross-border criminal investigation”; on the other are DHS documents and media and NGO reporting that demonstrate Palantir’s products and services have been used for civil immigration enforcement. (Palantir disputes the accuracy of some of the DHS documents and reporting.) In certain instances, ICE’s use of the company’s technology facilitated operations leading to human rights violations.

As a business enterprise, Palantir has a responsibility to respect human rights. Under the UN Guiding Principles on Business and Human Rights, companies have a responsibility to respect all internationally recognized human rights wherever in the world they operate. This entails undertaking due diligence to identify, prevent, mitigate, and account for human rights abuses with any associations to their business. Transparency is a key component of due diligence.

Yet when Amnesty International requested evidence of its due diligence measures, Palantir failed to provide details beyond a general commitment to “continually evaluate the use of its software…for potential violations of human rights.” And instead of substantively addressing the well-documented risks linked to its ICE contracts, Palantir sought to deflect and minimize its responsibility by asserting it has “purposefully declined to take on contracts with [Enforcement and Removal Operations (ERO)] and [Customs and Border Protection]” because of these concerns and “the risks of disproportionate immigration enforcement inside the U.S.” However, this ignores the very real risks related to its ongoing ICE contracts that facilitate ERO’s detentions and deportations.

Amnesty International is calling on Palantir to prevent its technology from being used to facilitate human rights violations, and so should potential investors. As a first step, Palantir must immediately carry out human rights due diligence and take effective steps to ensure that its technology is not contributing to abuses against migrants and asylum seekers by the U.S. government. As part of this due diligence, Palantir must publish details of the technology it has provided to ICE and of the human rights safeguards it has put in place.

These concerns about Palantir’s operations are growing in salience as the company becomes increasingly entrenched in U.S. government operations. For instance, earlier this year, the company was awarded a lucrative contract by the Department of Health and Human Services to collect and analyze millions of Americans’ health data on a new platform, which raises serious concerns about data privacy and mass surveillance.

Palantir’s direct listing is an opportunity for the company to live up to its ideals, and potential investors can play a critical part by demanding Palantir prevent its technology from being used to facilitate human rights violations. Failing that, investors should consider CEO Alex Karp’s own words, uttered during Palantir’s investment day presentation: “You should not invest in Palantir if…you think we are going to work with regimes that are not aligned with the U.S. and are abusing human rights.”

That’s quite ironic coming from the head of a company whose products are used in operations that contribute to serious human rights violations.

Denise Bell is a researcher for refugee and migrant rights at Amnesty International USA.

Michael Kleinman is director of the Silicon Valley Initiative at Amnesty International USA.