FTC commissioner: Is antitrust the next stakeholder capitalism battleground? 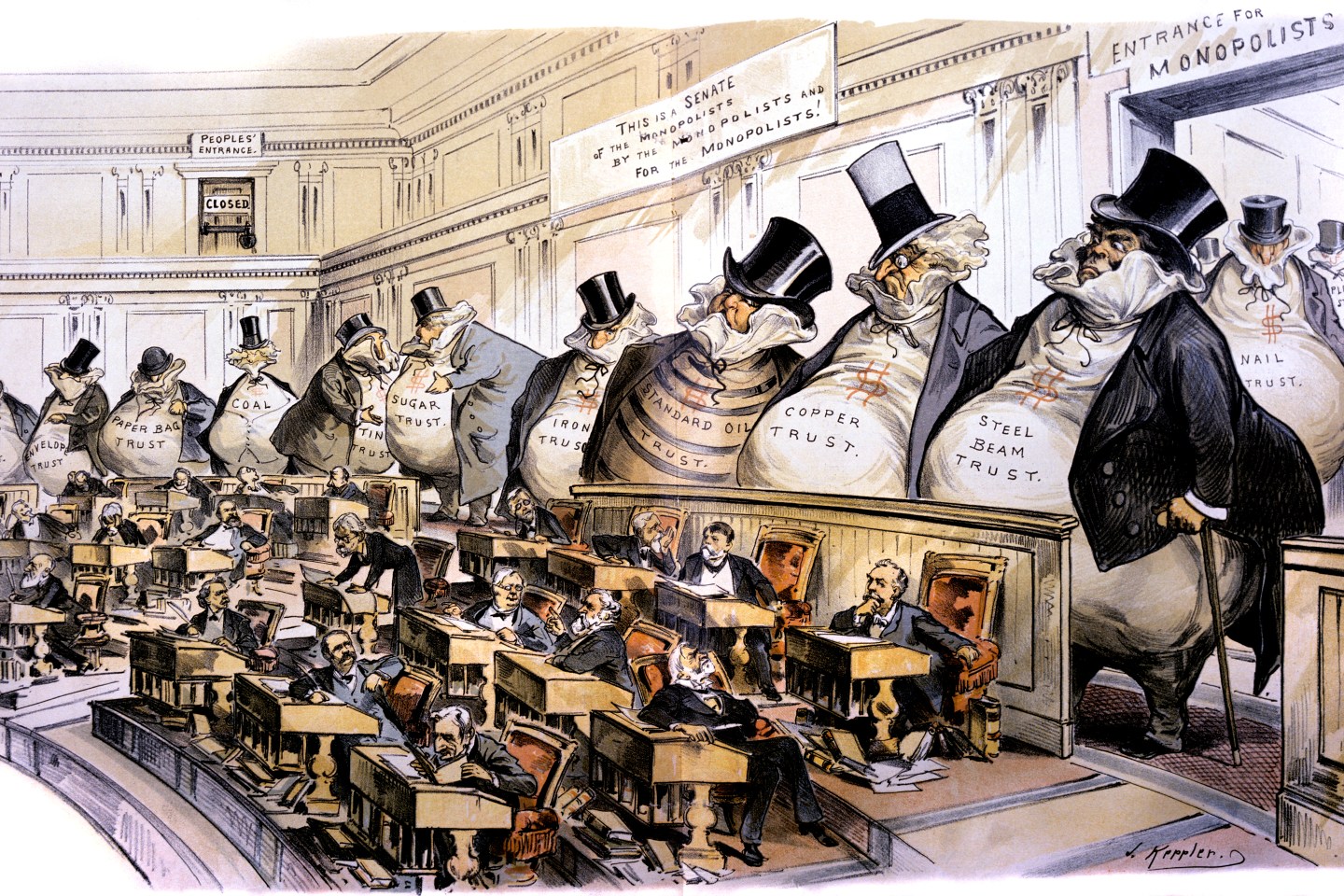 The 50th anniversary of Milton Friedman’s seminal New York Times Magazine article, “The Social Responsibility of Business Is to Increase Its Profits,” brought with it renewed calls for corporate America to embrace “stakeholder capitalism,” echoing recent talk from politicians and business leaders alike. Legislative efforts to replace more than a century of American state corporate law with European-style codetermination—enabling workers, suppliers, customers, activists, government, and others who do not own companies to run them—remain stalled. Studies suggest corporate America is not shifting course.

Some stakeholder capitalists are now looking to accomplish their ends using another tool: antitrust. That’s not what antitrust is for, and it’s a bad idea.

Antitrust law protects competition. For decades, courts, enforcers, scholars, and practitioners have focused on what effect a merger or other business practice would have on Americans buying or selling the products or services at issue. Of late, however, a network of activists, pundits, and academics are trying to repurpose antitrust not only as a mechanism for achieving these consumer welfare ends, but also for combating the power of large corporations generally.

They claim that this will, in turn, remedy a host of problems in the American economy, and society. Supply-chain issues for medical devices needed to address COVID-19? Antitrust. Inadequate consumer data privacy? Antitrust. Labor gaining too little from economic growth? Antitrust. Systemic racism? Antitrust. Democracy in shambles? Again, antitrust.

For those who believe antitrust can and should protect so much, it makes sense to get into the business of corporate governance and to direct corporations to protect so many stakeholders. So, some reformers have called to replace the “consumer welfare” standard with “effective competition,” using antitrust to “protect” market participants throughout the supply chain, including workers. Others propose that enforcers seek “stakeholder remedies,” such as changes to corporate governance, as part of antitrust enforcement.

Need to clear that merger? Fork over a few board seats to this union, or negotiate with that cartel of suppliers—and you’re good to go. While some corporate governance arrangements have always raised antitrust concerns—for example, trusts, or managers sitting on the boards of competitors—this is new ground for antitrust and corporate law.

The stakeholder approach would use antitrust to accomplish what shareholders did not sign up for, what many officers and directors have not seen fit to implement, and what state capitols and Congress have failed to legislate. It’s a dramatic change without a democratic mandate, shareholder or otherwise. And it’s a bad idea for other reasons as well.

First, while the goals of stakeholder capitalism—such as fairer wages, lesser income inequality, and smaller carbon footprint—are laudable, they are not, in and of themselves, the stuff of antitrust.

When proponents of stakeholder remedies call on antitrust to escape the “confines of the ‘competition primacy’ paradigm that assumes more competition is better,” they make clear that competition isn’t what they seek. Antitrust protects competition, which surely serves the goals of stakeholder capitalism sometimes, but even healthy competition doesn’t always produce what is best for all stakeholders. A competitive car industry, for example, may still produce pollution. (That’s why we have regulation.) In the last two years, my agency has taken action on a bipartisan basis to preserve competition in opioid pharmaceuticals, coal production, casinos, and e-cigarettes.

Competition doesn’t always benefit shareholders—who are stakeholders, too—either, as it can mean fewer profits to share. Staying the hand of antitrust might, conversely, benefit some stakeholders—think higher wages for a monopolist’s employees or more profits to invest in local philanthropy.

Second, the laundry list of stakeholders in a given company—shareholders, customers, suppliers, employees, local communities, the planet—can have diverging interests. A merger that involves closing a factory, for example, may be good for the planet and for shareholders, but bad for workers. Which stakeholders should antitrust enforcers back? Stakeholder capitalism provides no answer; and the absence of a rule reduces clarity, inhibiting all stakeholders from making plans.

Third, as critics of stakeholder capitalism note, all of this often boils down to empowering another group—management. Focusing on shareholders keeps management, who may not be best equipped to make societal choices, working for those who own the corporation, with a clear metric for success and failure. But he who serves two masters serves none. The more stakeholders management is accountable to, the less accountable it is: a bad result both for shareholders and stakeholders.

Finally, making antitrust enforcers the arbiters of disputes over how to manage corporations invites political meddling and corruption. The Watergate tapes exposed President Nixon’s interference on behalf of a Republican National Committee donor in a Justice Department antitrust case. That scandal led Congress to require that a federal judge approve antitrust settlements by the department. That same administration also reportedly threatened television networks with antitrust suits to extract positive coverage. The more that favored constituencies can—or think they can—get through antitrust, the more meddlesome and corrupt the process will become.

Noah Joshua Phillips is commissioner of the Federal Trade Commission.