On COVID-19 vaccines, Big Pharma knows to just say ‘no’ 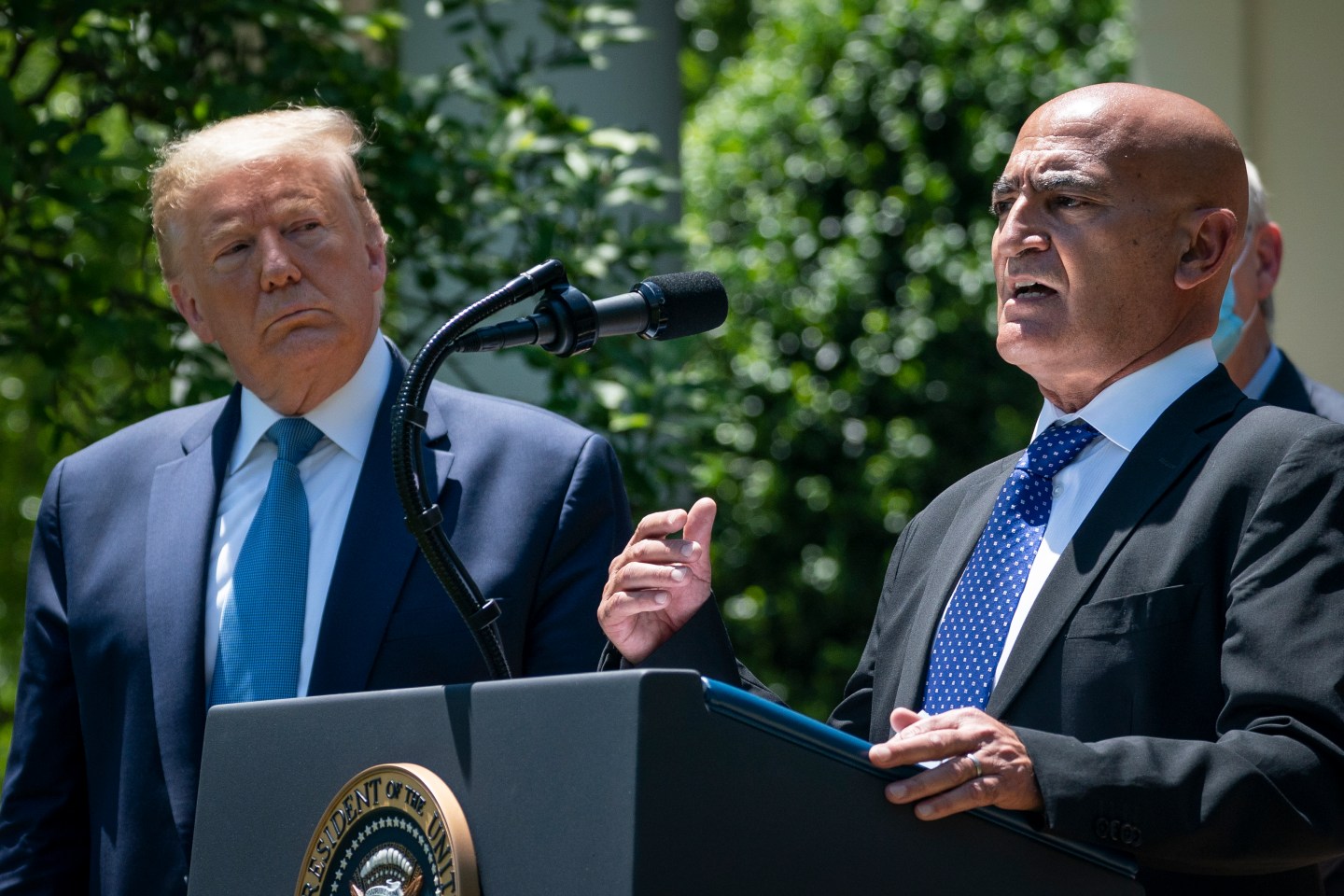 Reflecting on the aftermath of the atomic bomb, Albert Einstein famously warned that “politics is more difficult than physics. This admonition over fusing politics and science rings true in the present COVID-19 vaccine development effort, haunted by a tragic historic trail from earlier epidemics.

With reference to the White House’s “Operation Warp Speed,” President Trump announced with confidence on Labor Day that “We’re going to have a vaccine very soon, maybe even before a very special date. You know what date I’m talking about.” (That “special date,” of course, was a clear reference to Election Day.)

The overwhelming consensus of the scientific community was to call into question the credibility of the president’s statement. Just a few days before the president’s remarks, Moncef Slaoui, the lead scientist on Operation Warp Speed, had stated that “there is a very, very low chance that the trials that are running as we speak” could result in a useable vaccine before the end of October.

The President’s politicization of science on Labor Day was, sadly, nothing new. It immediately followed a stunning week that featured multiple public reversals by the Centers for Disease Control and Prevention and the Food and Drug Administration over COVID-19 testing guidelines, as well as regarding the safety of treatments involving convalescent plasma. Just this week, Politico released a trove of recent emails showing that Health & Human Services political appointees tried to suppress Anthony Fauci, the nation’s top infectious disease expert, from discussing the risks that the coronavirus poses to children. Perhaps most startling of all, Bob Woodward this week released taped conversations in which President Trump said that he intentionally tried to minimize and downplay the truth about the severity of the pandemic, thus hampering public heath efforts to restrict its spread.

Saad Omer, director of the Yale Institute for Global Health and member of the National Academy of Sciences’ Committee on Equitable Allocation of Vaccine for the Novel Coronavirus, has warned that the confusion caused by the administration could seriously undermine public confidence needed for recovery. Omer cited recent national surveys by Gallup and Harris pollsters, each finding that a third of Americans would be reluctant to take a newly developed COVID-19 vaccine. A new September 10  Kaiser Family Foundation poll across political parties  reported that most Americans believe political pressure from the Trump administration will cause the FDA to rush approval of a coronavirus vaccine before Election Day on Nov. 3.

Fortunately, the pharmaceutical industry has raced to rescue the public from confusion. Nine of the world’s premier drug makers—including Johnson & Johnson, Merck, Pfizer, GlaxoSmithKline, and AstraZeneca—signed a joint statement pledging they would not file for regulatory approval of experimental COVID-19 vaccines until the immunization was shown to work safely through late-stage clinical testing.

J&J CEO Alex Gorsky explained, “As an industry, we are guided by science and data in these efforts. With many vaccines now being tested in clinical trials, we believe it is important to affirm for people everywhere that we will only move forward with regulators to make a vaccine available to them when the data demonstrate it is safe and effective.”

Gorsky was wise to show such caution. The next day, AstraZeneca halted its most advanced Phase 3 study of a Covid-19 vaccine, one involving 30,000 participants in 80 sites across the U.S. and many others across the world, due to a serious adverse event in a participant in the U.K. The reaction appears to involve a transverse myelitis or inflammation of the spinal cord; determining whether this is related to the vaccine may take weeks

This example of the extraordinary precaution and rigor needed in conducting a vaccine trial is a direct rebuttal to President Trump’s attack on his own officials. In an Aug. 22 tweet, Trump wrote, “The deep state, or whoever, over at the F.D.A. is making it very difficult for drug companies to get people in order to test the vaccines and therapeutics. Obviously, they are hoping to delay the answer until after Nov. 3. Must focus on speed and saving lives!”

A lesson from a polio vaccine disaster

This pathology of political pressure rushing research in pursuit of speed is sadly not new—even in the world of virology and pandemics.

The infamous Cutter pharmaceutical disaster of 1955 refers to the tragedy that occurred when companies rushed to produce the polio vaccines developed by Jonas Salk. Fully 200,000 people were inadvertently injected with live, virulent polio virus: 70,000 became ill, 200 were permanently paralyzed, and 10 died.  The rushed production of the vaccine at industrial facilities including those operated by Cutter, Wyeth and other companies led to the firing of top officials, including the secretary of health, education, and welfare and the director of the National Institute of Health for their failed oversight.  The production of vaccines already licensed were halted, and the development of new vaccines to prevent other fatal diseases was hindered.

Big Pharma is far from perfect—for example, there may be outlier companies that have charged rapacious prices on drugs.  However, we should congratulate the pharmaceutical industry not just for taking risks with large R&D investments to advance public health, but also for having the courage to say “no,” even when public health officials have acquiesced to political pressure and said “yes.”

In the face of intense pressure to produce the rushed Salk vaccine, Merck was the only involved company to withdraw from the flawed national rollout. During the testing, Merck researcher. Bettylee Hampil noticed that brain lesions had begun to appear at higher levels than those allowed by the FDA. This was a clue that the polio virus used in the vaccines might not have been fully inactivated as was intended even though the samples otherwise tested negative for live polio virus.

The former head of Merck Research Laboratories, Max Tischler, recalled: “I’ve never forgotten Bettylee for that correct decision because she was just a little tiny woman and she spoke to a whole group of men and said that ‘I can’t, in good conscience, release this and I don’t think that you want me to.’ Everyone went away disappointed, but we knew she was right. Thank god we made that decision.”

Dr. Bettylee Hampil’s spirit may be alive and well in our pharmaceutical industry today, in its espoused willingness to say “no” to political pressure.

Jeffrey Sonnenfeld is a senior associate dean and Lester Crown Professor of Management Practice at the Yale School of Management. You can follow him at Twitter @JeffSonnenfeld.