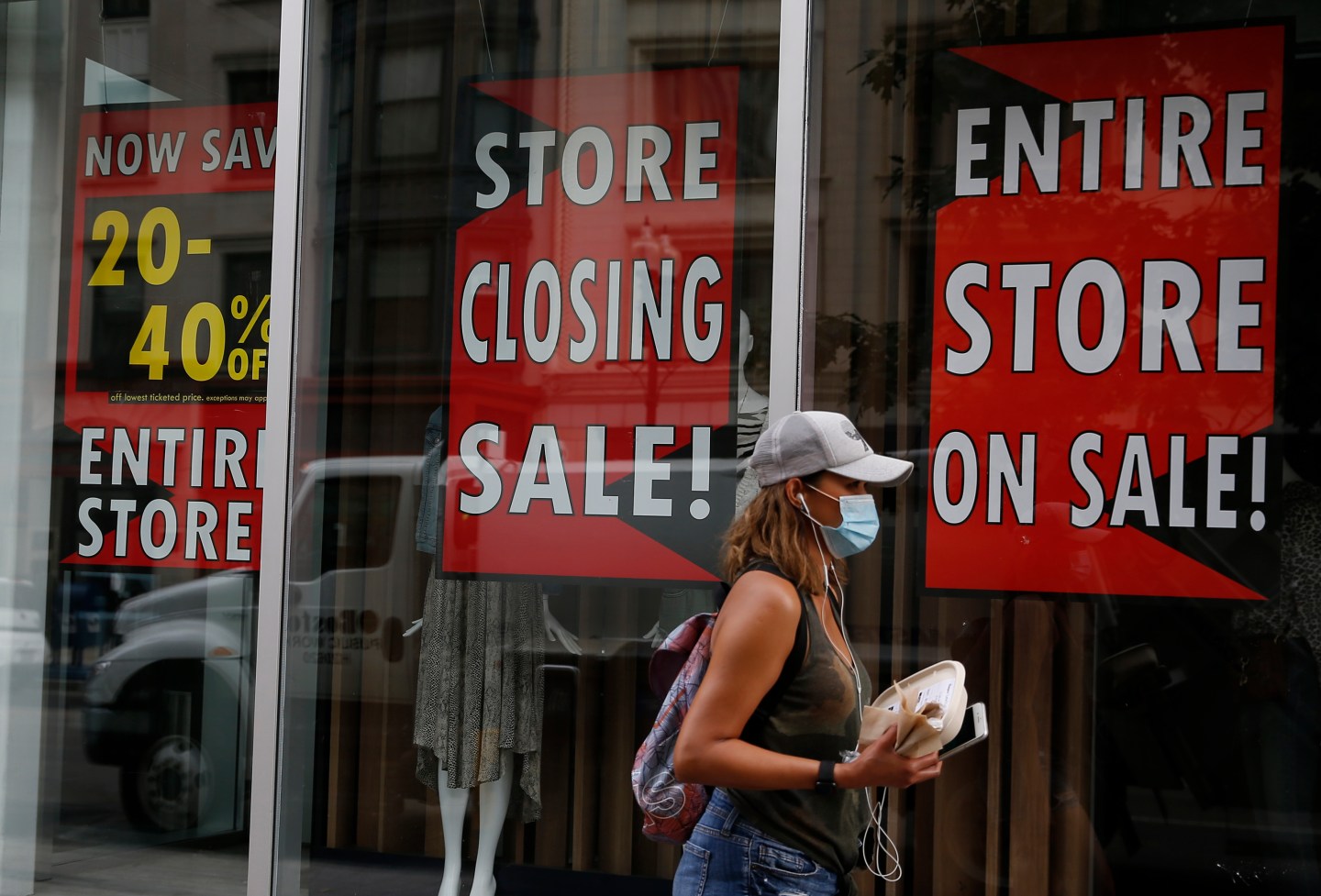 If the Democratic Party wants to earn working people’s votes this November, they must show they’re willing to take our side over Wall Street executives’.

In 2016, some seven years after the Great Recession, Wall Street was raking in profits after public bailouts, as working people continued to feel the impact of the downturn. Four years later, under the deregulation-friendly Trump administration, Wall Street has twisted the rules and grabbed even greater control over the economy and our democracy—mercilessly destroying jobs and communities at the same time.

The ongoing COVID-19 pandemic has revealed just how greedy and conniving Wall Street’s executives can be. With millions laid off, many without health insurance or severance, Wall Street executives continue to rake in millions of dollars, with little to no meaningful oversight from the Trump administration or its Republican congressional accomplices.

So it was disappointing to see that, at its weeklong convention in August, the Democratic Party didn’t go far enough in reining in the Wall Street greed and excess that have created a crisis for working people, particularly in retail.

Twenty-three years ago, a job at Art Van Furniture was a foothold for a brighter future. It was the definition of a good job, with strong benefits and an even stronger culture that valued all employees. But after more than two decades as a dedicated employee, this March I found myself cleaning out my barren and liquidated store in Taylor, Mich., and frantically trying to figure out how to take care of my expenses. After weeks without an income due to Art Van’s closure, I now have a job, but without health insurance. Currently, I’m paying 10 times more out of pocket for my diabetes medication and putting off surgery because I simply can’t afford it. Adding insult to injury, my coworkers and I were offered only a pittance of severance to tide us over through this incredible time of uncertainty.

You might think my job was an unfortunate victim of the coronavirus economy. But in actuality, the greed of a Wall Street private equity firm drove my employer into bankruptcy long before quarantines and social distancing became the new norm.  After Thomas H. Lee Partners LP (THL) bought out Art Van in 2017, it spent the next two and a half years turning it from a profitable powerhouse and top retailer in the Midwest, to what one commentator called a “house afire.” We experienced management cutting staff, liquidating real estate, and leaving customers’ orders unfulfilled. And eventually we learned that THL would be bypassing the WARN Act and declining to give hundreds of workers the required 60 days’ notice to prepare for being jobless.

THL is not just a single bad apple but part of an expansive industry that’s rotten to its core. In statements to the press, THL has said that it was a challenging retail environment that brought down Art Van, and that its investors lost their money too when the company collapsed. But that claim ignores a bigger pattern: Since 2009, private equity has destroyed over 1.3 million jobs by bankrupting retail companies and stripping them for parts to line their own pockets, using cost-cutting tactics like we saw at Art Van.

The retail industry is the most prominent victim of Wall Street’s looting, but no sector is safe. Even our hospitals are being taken over and hollowed out by Wall Street.

Wall Street has proven to be one of the biggest enemies of working people, but the Democratic Party’s 2020 platform mentions Wall Street only four times, with zero mention of the pain private equity firms like THL inflict on communities like mine.

Yet, regardless of the DNC platform’s inattentiveness to this issue, it demands urgent attention: COVID-19 has made the risk of Wall Street destruction even greater, as firms look to opportunistically buy up struggling companies. The rate of retail bankruptcies today rivals the aftermath of the 2008 financial crisis.

Working people who have lost our jobs and health insurance to private equity have been forced to fight back against their greed ourselves. We’ve done it with success, winning a $20 million hardship fund following the bankruptcy of Toys “R” Us and winning the historic passage of guaranteed severance for New Jersey workers laid off after employer bankruptcy. With United for Respect, a multiracial, national nonprofit organization fighting for bold policy changes that improve the lives of people who work in retail, we are demanding that THL provide meaningful financial relief to Art Van employees like myself who were left hung out to dry in the middle of a pandemic.

The Democratic Party now has a crucial opportunity to join our fight and use their platform to ensure private equity can no longer destroy the livelihoods of workers left and right without any accountability. The party can join with us to ensure that corporations no longer exploit this moment for selfish greed, and that all Americans, regardless of wealth or circumstance, have access to paid family and medical leave, and quality, affordable health care as a right and not a privilege.

That’s why we launched a petition and coalesced with working families across the country to push Democratic Party delegates to prioritize, among other things, regulation for private equity and—in these uncertain times and also for the long term—to create an economy that benefits all workers, not just Wall Street billionaires.

At the very least, this would include supporting the Stop Wall Street Looting Act (SWSLA), introduced by Sen. Elizabeth Warren (D-Mass.) and Rep. Mark Pocan (D-Wis.) last year. SWSLA would stop Wall Street firms from looting businesses and destroying jobs for profit by forcing them to share liability and put workers first in the event of bankruptcy by providing for severance and pensions. The Democratic Party can further establish itself as the party of working families by supporting the FAMILY Act and the Medicare for All Act in its platform, which would ensure everyone in the nation’s workforce has paid family and medical leave, and everyone in our society has access to quality health care even during economic downturns.

Working people—especially Black women like myself—have had every obstacle put in our way by corporations and politicians on the path toward economic security.  While I may not have the money to attend fundraising dinners with the Democratic Party’s leaders, I deserve a party—and an economy—that returns as much benefit to me as I provide to it.

I vote in the state of Michigan, a state that will make or break this year’s presidential election. When it comes down to it, Democrats can win when they clearly stand with people like me and my family—and not Wall Street billionaires.

Shirley Smith is a leader with United for Respect and a former Art Van employee in Taylor, Mich.