Women are making more big political donations in 2020 than ever before. Here’s why 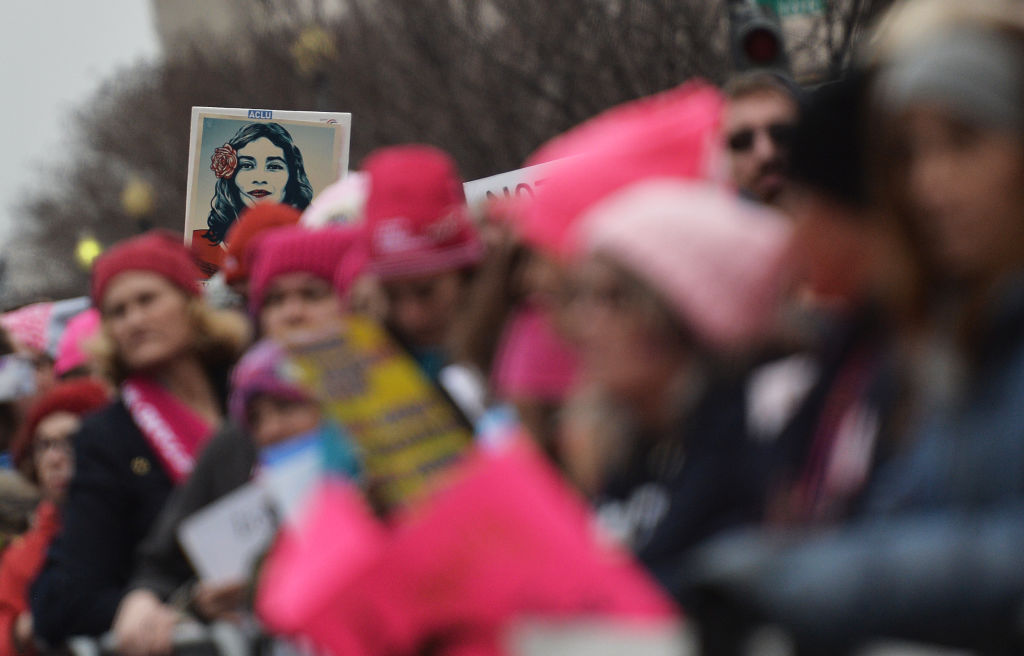 (FILES) Demonstrators protest on the National Mall in Washington, DC, during the Women's March on January 21, 2017. While the new US president has shown a capacity to change, both his tone and his positions, he has been unable to show the world a "new" Trump, with a steady presidential style and a clearly articulated worldview. As the symbolic milestone of his 100th day in power, which falls on April 29, 2017, draws near, a cold, hard reality is setting in for the billionaire businessman who promised Americans he would "win, win, win" for them. At this stage of his presidency, he is the least popular US leader in modern history (even if his core supporters are still totally behind him.) / AFP PHOTO / Andrew CABALLERO-REYNOLDS / TO GO WITH AFP STORY, US-politics-Trump-100days (Photo credit should read ANDREW CABALLERO-REYNOLDS/AFP via Getty Images)
ANDREW CABALLERO-REYNOLDS—AFP/Getty Images

Good morning, Broadsheet readers! Women’s rights activists claim a victory in Afghanistan, Brazilian soccer makes progress on equal pay, and it’s a ‘year of the woman’ in more ways than one. Have a relaxing weekend; we’ll see you Tuesday as we observe Labor Day in the U.S.

This time around, donations from women have totaled roughly $1.5 billion, versus men’s $2.3 billion. Women donors overwhelmingly support Democrats, with donations to Democratic candidates nearly double those to Republican hopefuls.

As NPR reports, frustration with Trump’s 2016 defeat of Hillary Clinton motivated some female donors to get involved in 2018. This cycle, the coronavirus is considered a big driver, since the burden of dealing with the pandemic’s societal upheaval has fallen disproportionately on women.

Another factor? The record number of Democratic women who ran for president.

According to longtime Democratic fundraiser Sally Susman, “a very compelling and charismatic female candidate” can encourage women donors to expand their own political clout.

- Goooooal! The U.S. Women's National Team is still fighting for equal pay—even as other countries make progress on the issue. In a move forward for pay parity in global athletics, the Brazilian Football Federation announced that it has started to compensate male and female soccer players at the same rate, for both daily pay and prize money. CNN

- Written into history. Afghan citizens' national identification cards have long included the name of the card holder's father; now they will also note the name of the citizen's mother. The step, announced by the government this week, has long been an aim of women's rights activists. New York Times

- Break point. Kim Clijsters ended up choosing a strange year to embark on a tennis comeback following two retirements from the sport. The athlete lost her first-round match at the U.S. Open on Tuesday. "I was excited to play more tournaments, have the family travel with me," she says of her third act. "But that obviously didn’t happen." New York Times

MOVERS AND SHAKERS: Opendoor board member Carrie Wheeler is now the real estate company's CFO; she plans to step down from her board seat. Diane Gherson, IBM's SVP for HR, has retired; she will be succeeded as SVP of HR and chief human resources officer by VP, HR in cloud and cognitive software Nickle LaMoreaux. iRobot hired former Arnold Worldwide CEO Kiran Smith as CMO. Joanne Harrell, Microsoft senior director of U.S. citizenship and market development, joins the board of nonprofit Equal Opportunity Schools.

- Best actors. The Berlin Film Festival this year will give out only a "best actor" award, doing away with gendered "actor" and "actress" categories. Cate Blanchett and Tilda Swinton both spoke up in support of the decision. "I've always referred to myself as an actor," Blanchett says. CNN

- Letter-writing campaign. In an op-ed for Fortune, Haley Clark, director of anti-trafficking at World Hope International and chair of the Faith Alliance Against Slavery and Trafficking, writes about why she joined fellow Christian leaders in signing a letter urging Ivanka Trump to protect human trafficking survivors. The group is appealing to the first daughter to get the White House to enforce the Trafficking Victims Protection Reauthorization Act. Fortune

- Fonda tries Ivanka. Someone else who lobbied Ivanka Trump recently? Jane Fonda. The actor/activist says she called "Jared, or whatever his name is," to talk about an idea she had for four women to appeal to President Trump on his climate policies; Jared Kushner told her that "Ivanka is the environmentalist in the family." "She called me and I told her my idea," Fonda says of Ivanka, "and she laughed and I never heard from her again." New York Times