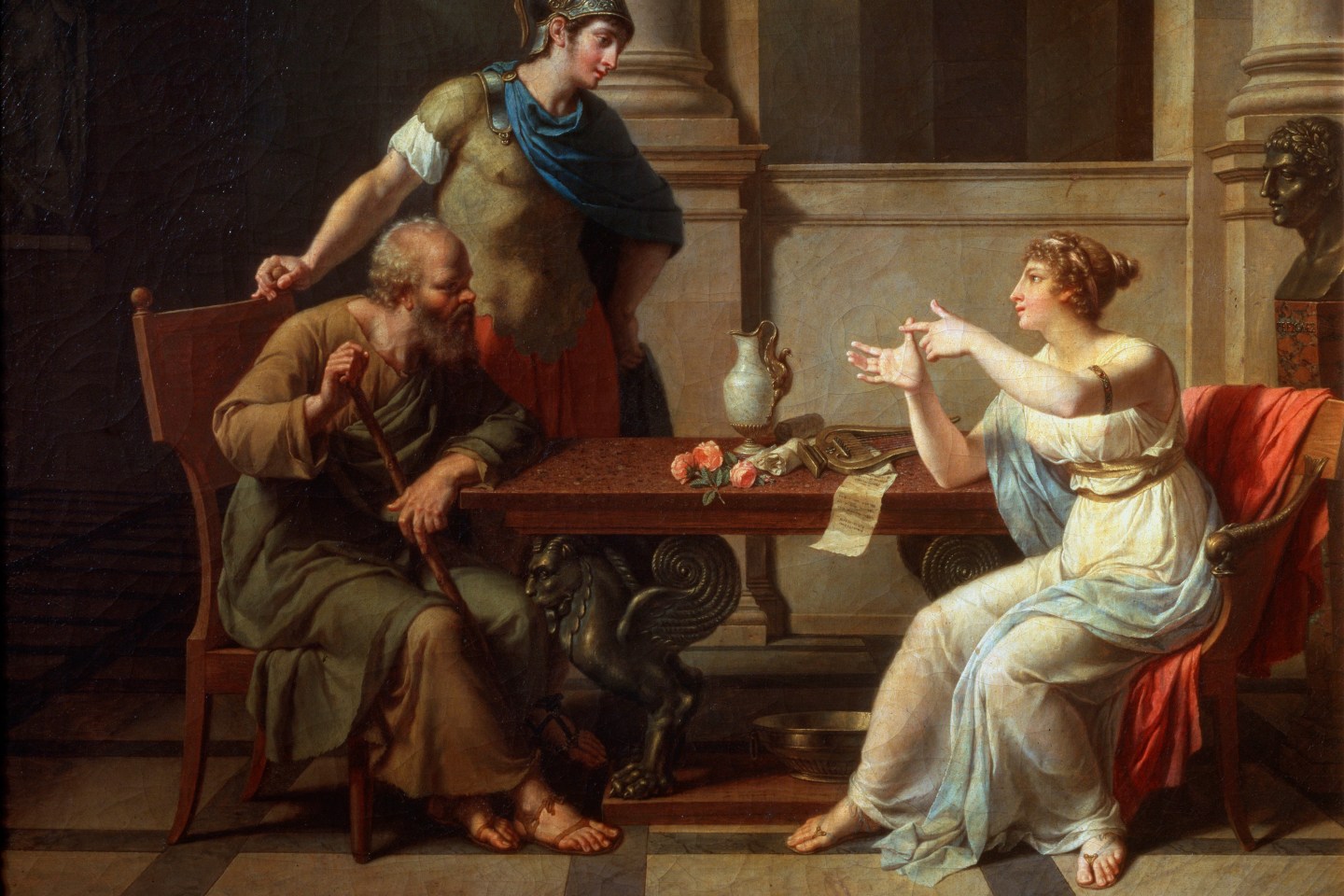 It’s a safe bet most business leaders don’t stay up at night thinking of Socrates. That’s a shame. The gadfly of ancient Athens, patron saint of Western philosophy, and its first martyr has much to teach about modern life and business.

Socrates was not the first philosopher, but he was the first “to call philosophy down from the heavens,” said the Roman orator Cicero. Socratic philosophy is practical: less concerned with the meaning of life than leading meaningful lives.

Profitable ones, too. Socrates, a stonecutter’s son, felt most at home in the agora, or marketplace, of ancient Athens. He was fluent in the language of the merchant, and many of his interlocutors were craftsmen and small business owners. Socrates never wrote a management book (he never penned a single word, in fact) but if he did, it would look something like this.

Wonder on a regular basis

“All philosophy begins with wonder,” Socrates said. The same holds true for all business enterprises. Wonder isn’t something you’re either born with or not, like blue eyes or freckles. Wonder is a skill, one we’re all capable of learning. Socrates was determined to show us how.

We often conflate wonder with curiosity, but they are different. Curiosity is restive, always threatening to chase the next shiny object that pops into view. Not wonder. Wonder lingers. Wonder is curiosity reclined, feet up, drink in hand.

The modern business world, Socrates would say, doesn’t make space for wonder. The pressure of earnings reports and meetings, Zoom or otherwise, leave no room for the sort of expansive wondering that lies at the heart of all genuine breakthroughs. Steve Jobs wondered what would happen if you combined a call phone and a portable computer, and the iPhone was born.

Wonder takes time. Like a good meal, or all-staff meeting, it can’t be rushed. “Beware the barrenness of a busy life,” Socrates said. He never hurried his conversations. He persevered even when others grew weary and exasperated. Likewise, a good leader never rushes decisions. They aren’t afraid to pause.

A pause is not a glitch. A pause is not a mistake. A pause, as envisioned by Socrates, is the fertile ground from which good ideas sprout. That’s why good managers encourage their team to pause regularly, and expansively.

The business world—Silicon Valley in particular—is fixated on solving problems. That’s fine, Socrates would say, but have you properly identified the problems worth solving?

We can’t solve problems if we don’t first ask the right questions. Yet “our culture has generally tended to solve its problems without experiencing its questions,” says Jacob Needleman, professor of philosophy at San Francisco State University and something of a modern-day Socrates. Experiencing questions means sitting with them, rather than rushing to devise a solution or, God forbid, an app.

Question assumptions, especially your own

We rarely question the obvious. Socrates thought this was a mistake.

The more obvious something seems, the more urgent the need to question it. He buttonholed revered Athenians, everyone from poets to generals, and soon discovered they were not as wise as they thought they were. The general couldn’t tell him what courage is; the poet couldn’t define poetry. Everywhere he turned he encountered people who “do not know the things that they do not know.”

For Socrates, the worst kind of ignorance was the kind that masquerades as knowledge. Better a wide and honest ignorance than a narrow and suspect knowledge. A good business leader never pretends to know more than they do and isn’t afraid to utter the words, “I don’t know.”

These are the questions a good leader asks. Almost childlike in their simplicity, these questions often yield the most valuable answers.

Why do we have an open-design office? Because that is what every startup in Silicon Valley has. But why? You assume it leads to a more egalitarian workforce and greater productivity, but do you know that to be true?

A good leader isn’t afraid to annoy people with their “obvious” questions, just like Socrates, who so annoyed the good people of Athens that they tried and executed him.

Socrates was a stickler for definitions. We can’t solve a problem, he thought, if we don’t first define our terms. A good leader doesn’t tolerate fuzzy, pretentious words, but rather insists their team use plain language. Either define the jargon peppered throughout your quarterly report, or expunge it. As Einstein said some 2,000 years after Socrates, “If you can’t explain it simply, you don’t know it well enough.”

Socrates, a world-class converser, would surely disapprove of email and Slack and the sundry other methods that pass for communication in the 21st century. He was suspicious of the Internet of his age: the written word. It lies lifeless on the page and travels in only one direction: from author to reader.

Socrates preferred messy, full-throated conversation. (“Enlightened kibitzing,” the contemporary philosopher Robert Solomon calls it.) It is through the natural give-and-take of conversation that we arrive at truths.

Power down your laptop, Socrates urges, disable Slack, and talk. Maybe it can’t be in person. Fine. Pick up the old-fashioned phone. But talk. You never know what breakthroughs might emerge.

Eric Weiner is a journalist, author, and speaker. His recent book is The Socrates Express.