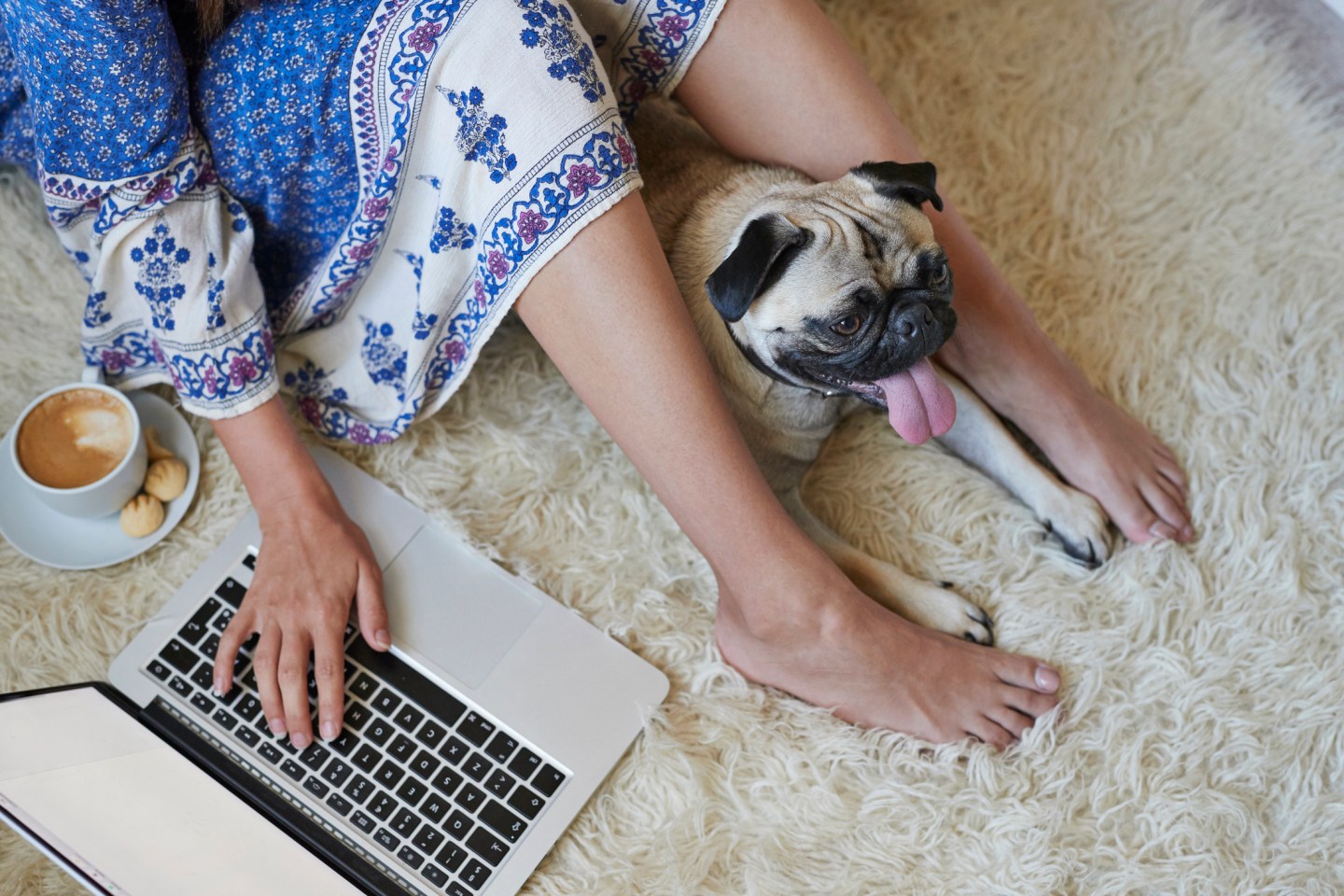 The 2020 pandemic wardrobe keeps evolving, and 'house dresses' are back in.
Getty Images

Good morning, Broadsheet readers! We review the last day of the DNC, Malala starts a book club, and women are reclaiming the ‘house dress.’ Have a wonderful weekend.

– Dress for success. It was just in January that Kristen took us along for the ride as she dove into the world of women’s custom suits. That was the Before Times, of course, when a sharp-shouldered jacket and fitted trousers were daily workwear.

Fast forward seven months, and our wardrobes have been turned upside down (or inside-out?) along with the rest of our lives by a devastating pandemic and accompanying stay-at-home orders. Seemingly overnight, we traded tucked-in and tailored for stretchy and over-sized.

The evolution of the pandemic-era wardrobe has been fascinating to watch—from DIY tie-dye t-shirts (Trendy? Check. Time-killer? Check!) to bike shorts (a personal favorite) to, yes, sweatpants forever.

But wearing what equates to sleepwear nonstop can make you, well, sleepy. As New York Times fashion writer Vanessa Friedman warns in her latest story on ‘workleisure:’ “just because you can wear your stretchy old workout gear in front of the computer, doesn’t always make it a good idea.”

So I was especially interested to learn about the ‘house dress’ is having a renaissance. NPR reports that the house dress—”Billowing linen, cozy cotton, floating silk”—is the perfect 2020 staple: “a small expression of control during the uncontrollable, a taste of free-flowing freedom in a time rife with restrictions, a sense of structure and style on the days that feel hazy and dull.”

An added benefit? Women who are opting for house dresses now are reclaiming the garment from the ‘bad reputation’ bin. It used to symbolize a time when women were confined to housework. NPR reports its origins trace back to Victorian gowns that were considered a relief from corsets but still relegated women in a different way, cloaking them in “baggy matronly smock named after ‘Mother Hubbard’ from old nursery rhymes.”

But this year, the house dress is proving to be the perfect transitional piece for home-bound professionals, taking women from a business call to the backyard. As NPR puts it: “The 2020 house dress is not here to judge or cast expectations.”

- Groundbreaking portrait. Washington, D.C.'s Union Station doesn't have as much foot traffic as usual these days, but it's still home to an important monument for the suffrage centennial. The floor of the train station will soon feature a giant portrait of Ida B. Wells, journalist, anti-lynching activist, and advocate for the right to vote. DCist

- Reading list. Looking for your next read? Malala Yousafzai has a new book club. The Nobel Peace Prize winner and recent university grad will curate and annotate selections through the platform Literati. The Lily

- A primary challenge. House Speaker Nancy Pelosi waded into a controversial Democratic primary, endorsing challenger Joe Kennedy over incumbent Sen. Ed Markey. Insiders say it's unusual for Pelosi to get involved in a contested primary—particularly on the side of the challenger. Boston Globe

- Big shoes to fill. Nikema Williams will appear on the ballot in Georgia in November after she was chosen to succeed the late Rep. John Lewis in his Atlanta district. Lewis was a friend to Williams, and she says it's been difficult to grieve while preparing to mount a campaign. Elle

- Survey says. A new survey by All Raise finds that female founders have less financial runway to make it through the pandemic than their male peers. Among the broader group of female founders, 26% say they have a year of runway; that number is 19% for women of color and 38% for men. Forbes

- OOO. How has the world changed since the mass work-from-home experiment began? The NYT has a package called "OOO," addressing everything from what office gossip looks like now to what we're wearing to, of course, working while parenting. New York Times

"You can’t be polite, or tiptoe, or be modest about those things."

-Issa Rae on asking for her worth