Departure from convention—mom, baseball, the postal worker, and patriotism 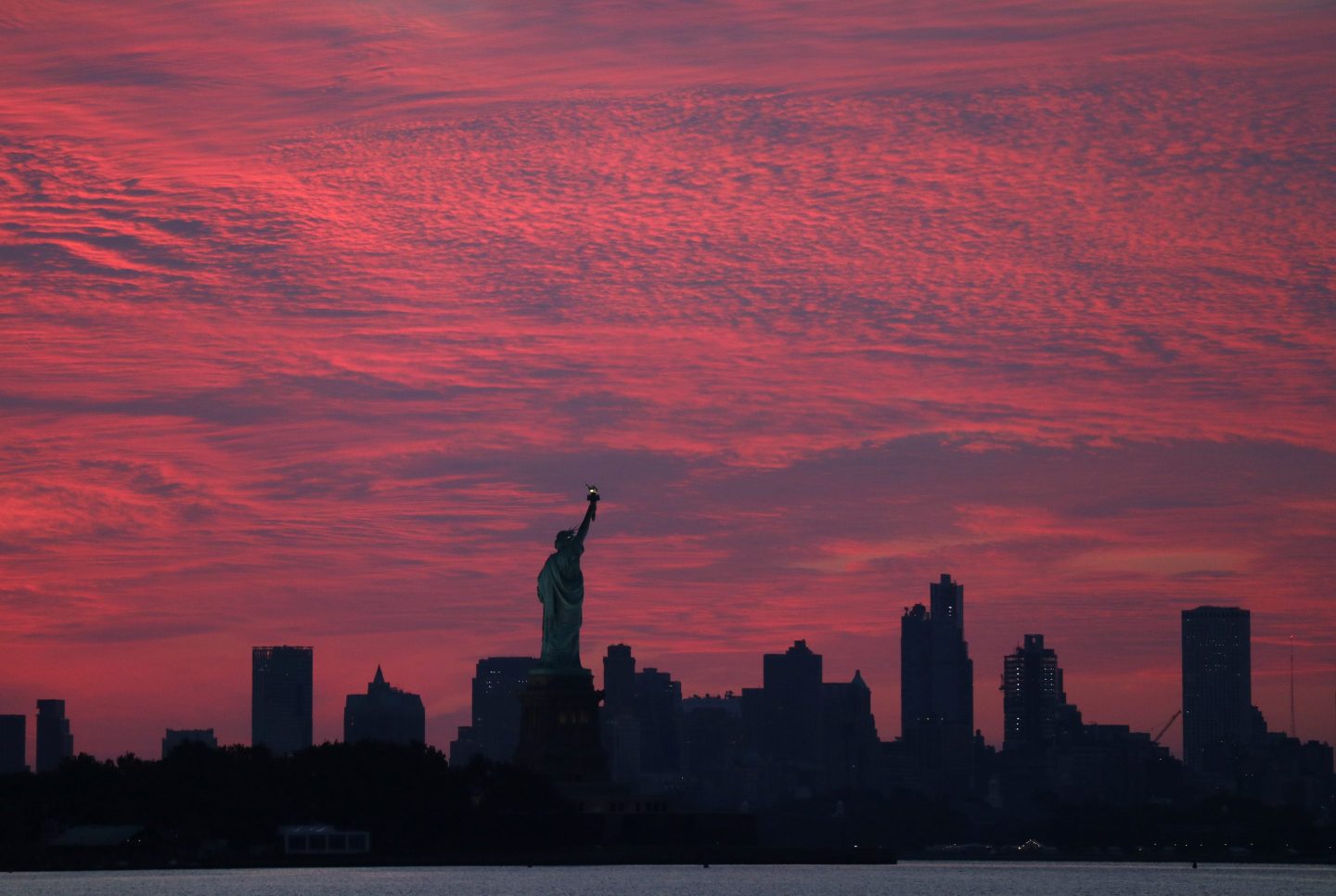 The sun rises behind the Statue of Liberty in New York City on August 15, 2020 as seen from Jersey City, New Jersey. (Photo by Gary Hershorn/Getty Images)
Gary Hershorn—Getty Images

This week’s new normal of a well-produced Democratic National Convention was a first—no hot-air balloons and random speakers but also no impromptu discourse. And this unprecedented change made me think about some of the other conventions Americans have abandoned, and the traditions we’ve let go of, during this tumultuous time.

This year, the move to remote presidential conventions matches the loss of many classic American staples. Baseball games (at least for fans), confetti, and the postal worker were put in jeopardy by COVID-19. Even apple pies have been recalled this year. With 41% of all 170,000-plus COVID-19 deaths in the U.S. having occurred in nursing homes, many people’s moms were tragically lost this year, as well.

Especially troubling: America’s beacon of freedom, the Statue of Liberty’s torch, has been dimmed through immigration restrictions that subvert the welcoming poem by Emma Lazarus at its base, which exhorts other lands to “give me your tired, your poor, your huddled masses yearning to breathe free.”

A century ago, my own mother was one of those frightened, excited new immigrants rejoicing to be in this country, as they looked to the promise of the Statue of Liberty. Five years ago, when, in her honor, I was inducted into the Ellis Island Honors Society, I imagined that 4-year-old little girl, having survived the murderous Cossack pogroms of the old country, patiently waiting in processing lines for a new life.

That life was lived and is over, as this Friday is her yahrzeit (the Yiddish word for the anniversary of a relative’s passing). Her death was its own tragedy, a function of the medical neglect of the elderly that has become all too common in our nation.

A proud patriot, during World War II she was one of the math whiz “computer girls” of Philadelphia who worked on the ENIAC—the first digital computer, which was used to help plot the parabolic trajectories of missiles. Paralyzed by painful, chronic rheumatoid arthritis, she avoided the prevailing therapies of painkillers and bed rest. Instead, her therapy was to serve as a health care planner, an environmental activist, and a community relations leader.

As a political party ward leader, she was not daunted on her virtuous missions, which, to me, seemed to be defined by failing candidates or losing causes. Through such civic service she gave back and renewed her health. She never got angry during her uphill battles against the odds at county commissioner meetings, admonishing supporters to respect the legitimacy of those with different points of view. Eventually, somehow, her own party gained control, but she never gloated. Instead she worried about creeping intolerance now within her own party.

As a child, I’d often join her at the polls and observe how she and her rival ward leader from the opposing party would joust politically, with good humor and care for each other and the community personally. When one of them had to leave for a rest break, they’d happily pass out each other’s literature and offer rides to each other’s elderly voters. That comity and tolerance seems to be vanishing, with that generation of Americans replaced with a generation driven by the anger of extremists.

As Republican former Ohio Gov. John Kasich said on CNN Monday night following his address at the convention, “We’re not talking enough to each other anymore. My party is my vehicle, not my master. I call the issues as I see them. First and foremost, as the Bible says, love your neighbor as you love yourself.”

Our loss of this month’s typical wild pageantry of in-person political conventions is emblematic of the loss of other vital American conventions and that Greatest Generation of loyal Americans. The French political scientist Alexis de Tocqueville celebrated America’s spirit in supporting shared community in his 1835 book Democracy in America.  Let’s hope we can renew those lost American conventions through this coming electoral season, honoring our legacy and ensuring our nation’s future as a unified people.